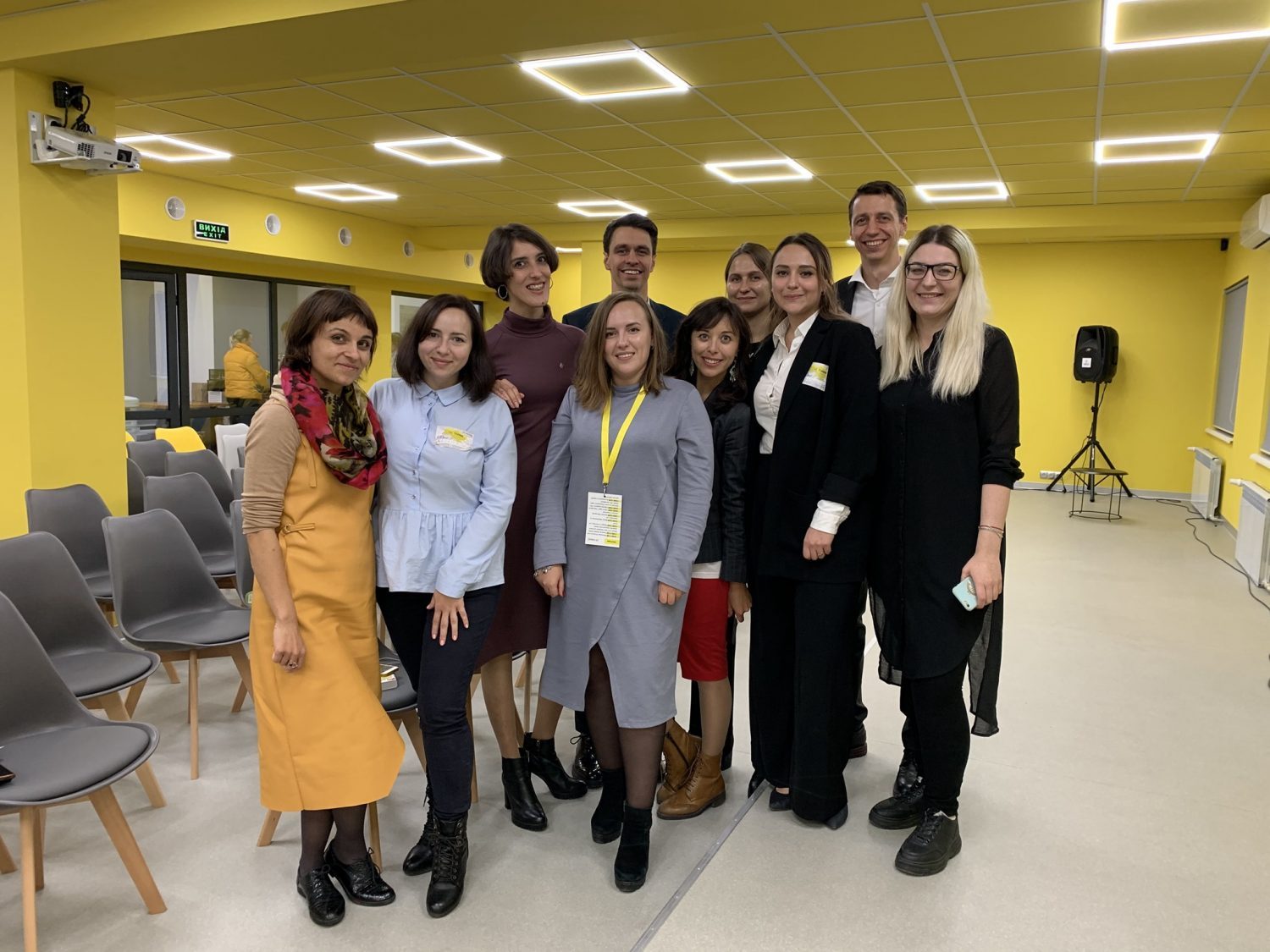 1991 Mariupol is a new startup hub located a stone's throw away from the frontline trenches of Ukraine's undeclared war with Russia. Can this tech initiative help the region retain young talent facing an uncertain future due to Russian aggression? (Courtesy photo)

Amid the warfare and geopolitics swirling around Ukraine these days, a brighter future is already taking shape. Denis Gursky is one of the many Ukrainians who are moving the country forward by building new businesses and innovating. He recently opened the first technology startup center in Mariupol, a major port city in eastern Ukraine that lies just 20 kilometers from the frontlines of the country’s undeclared war with Russia. “Citizens hear gunfire from time to time,” he says. “It’s a long way from civilization and the city has suffered hardships, but this is the perfect moment to do this.”

Gursky’s new startup center is called 1991 Mariupol. It will serve as a meeting place for innovators, young talents, active citizens, local authorities, business representatives, and investors. The aim is to provide the kind of opportunities that will allow Mariupol to retain the thousands of IT professionals trained here who until now have typically had to leave the city behind in order to advance their careers. “We want to help them to stay,” says Gursky, who is himself a native of Mariupol.

This is Gursky’s second startup hub. In 2016, his non-governmental agency, Social Boost, opened a center in Kyiv that has enjoyed considerable success with help from the Omidyar Network. That center currently hosts 700 individuals, working in teams of five. In a handful of years, it has already launched 153 separate startup businesses that have raised USD 2 million in capital and grants. The Mariupol center is modelled on the 1991 Kyiv operation, and has received funding from USAID ERA, the European Investment Bank, and the Mariupol Development Fund.

“1991 Mariupol is a co-working space with startup acceleration programs for the Ukrainian market,” Gursky explains. “It will develop custom solutions and creative IT for government agencies and business enterprises, many of them located in the east (of Ukraine). Local professionals will work with mentors in order to get to the pilot stage, then they will launch with a city council or enterprise client.” Despite the close proximity of the war, Mariupol remains a major industrial city, creating a natural portfolio of potential clients. There is also considerable local demand for IT projects that support ecological initiatives, public sports activities, and logistics or transportation efforts. “We hope to convert teams of IT professionals into product companies helping local industries and the city council to digitize their services,” he says.

Due to the ongoing conflict and a range of other longer-term factors, Mariupol has been economically depressed for a number of years. Nevertheless, twelve months ago, Gursky decided his hometown was ready for a startup center that could help kick-start the entire region’s innovation economy. “I didn’t really think it was a possibility, but then I came to understand how the war had changed this city,” he says. “Tough conditions have created a new generation of people who are hungry for innovation and who are very connected via their smartphones. In the 1990s, Mariupol had high crime rates and was an extremely tough city, but now the young people want opportunities. We give them training, mentoring, visibility, and help find big pilot project clients.”

Gursky is a ranking member and elder statesman of Ukraine’s dynamic IT social movement. Together with his brother Viktor and three friends, in 2012 Gursky launched the NGO Social Boost, which is dedicated to making a difference by digitally harnessing public and government data. For instance, during the 2013-2014 Euromaidan protests in Kyiv, the Social Boost community developed an app that allowed protesters to let their relatives know where they were via their smartphones. Then followed apps mapping safe zones near the war and indicating potholes for motorists. An online registry developed by Social Boost provides information about government activities for use by anti-corruption activists and the media. The NGO also played a crucial role in implementing groundbreaking open government data reforms that have made Ukraine one of the world’s top 15 open government data countries.

Since the launch of Gursky’s Kyiv incubator, its teams have developed innovations ranging from drones that monitor crop yields to a website that keeps track of court decisions and an alert service that warns people as they enter potentially dangerous city districts. Meanwhile, his NGO Social Boost has developed an IT system that enables citizens to get involved in municipal budgets and tell local representatives where they want their tax monies to go. The system now operates in dozens of Ukrainian cities. While such technology is relatively rare internationally, more than two million people have already logged on in Ukraine. Ukrainian users have found that such IT inventions are not only effective anti-corruption measures but also important building blocks towards better governance and economic improvement.

“Our hope in Mariupol is to revitalize the region and train the next generation to digitize and make eastern Ukraine free,” says Gursky of his hometown startup initiative. “Our goal is to provide opportunities for young people to keep them in Ukraine by helping them build businesses and creating services here, not in other countries. We know they can do it, and they are doing it.”

“I hope this project will be an example for other entrepreneurs and for other communities in Ukraine,” said Mykhaylo Veselskyy.

Apple has changed the labelling on its apps for Russian users and now shows Ukraine’s occupied Crimean peninsula as Russian territory. This follows a similar move by Google earlier in 2019. By bowing to the Kremlin’s demands, do global tech giants risk normalizing Russian aggression against Ukraine?