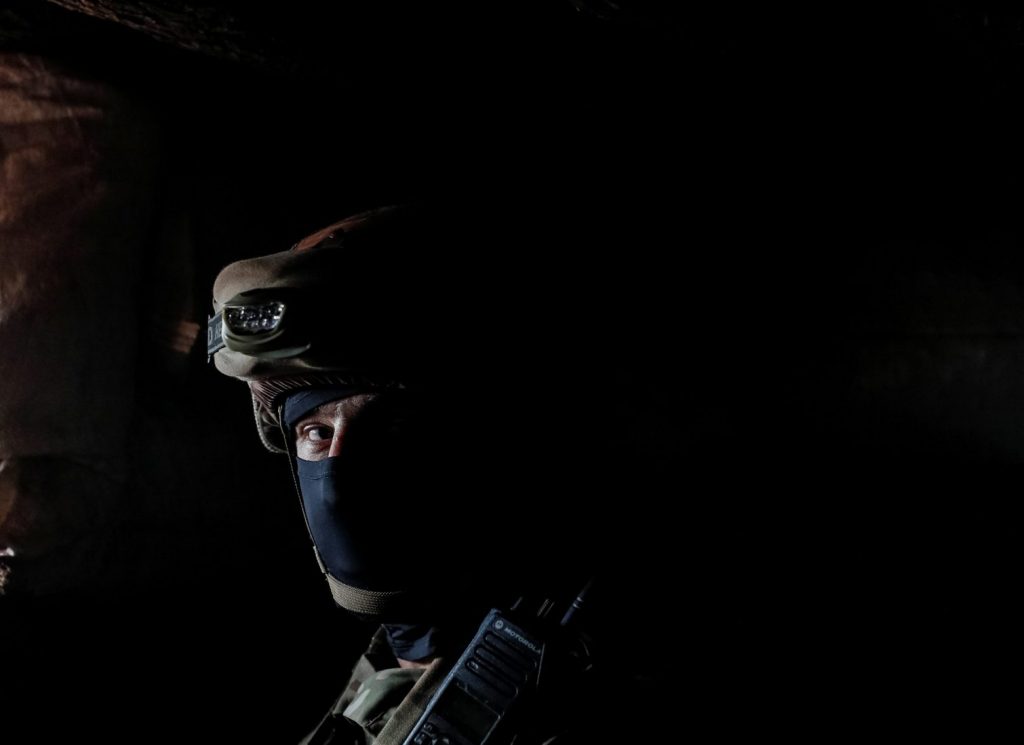 The Azov Regiment within Ukraine’s National Guard has in recent years sought to distance itself from the broader Azov movement’s roots on the far right of the Ukrainian political spectrum. This has been used as an argument against calls from some quarters in the US to define the regiment as a Foreign Terrorist Organization. However, despite claims to have moved away from far-right ideology, the available evidence indicates that the regiment remains joined at the hip to the internationally active National Corps party it spawned, and the wider Azov movement associated with the regiment.

The Azov movement has long been a symbol of the far-right in Ukraine. It has risen to prominence over the past six years due to its role in the ongoing war against Russia, and has achieved levels of mainstream media exposure far in excess of the group’s minimal electoral support. This is not only a domestic issue for Ukraine. The far-right in general, and their apparent impunity, have significantly damaged Ukraine’s international reputation and left the country vulnerable to hostile narratives exaggerating the role of extremist groups in Ukraine. With awareness of right-wing terrorism now growing globally, the potential threat posed by the Ukrainian far-right beyond the borders of the country is attracting increasing attention.

The Azov Regiment now finds itself caught up in a debate replete with misrepresentation. Should it be designated as a Foreign Terrorist Organization by the US? American lawmaker Max Rose has argued that it should. Rose recently published a New York Times op-ed along with anti-terrorism expert Ali Soufan in which the regiment was, without supporting evidence, linked to overseas right-wing terrorism. Anton Shekhovtsov responded to these claims by pointing out a number of factual errors. Unfortunately, Shekhovtsov’s article also mischaracterizes the Azov Regiment; namely in terms of its ties to the National Corps, a far-right political party created and led by the unit’s former commanders. Shekhovtsov himself has described this party as “neo-Nazi”.

Conducted together with online open-source investigators Bellingcat, my research into the National Corps has revealed a pattern of troubling international activity and ties to white supremacist groups. New revelations appear regularly. I recently learned that the National Corps apparently provided training in Odesa to a member of American neo-Nazi group “Rise Above Movement”. In 2019, the party invited German neo-Nazi party “Dritte Weg” (Third Way) to march alongside Ukrainian veterans in Kyiv. In an earlier interview with the neo-Nazi Nordic Resistance Movement, the party’s international secretary promised opportunities to train “in military tactics, shooting and more” in Ukraine. On the international stage, the party touts its ties to the Regiment in order to boost its legitimacy.

Shekhovtsov argues that the National Corps should be taken out of the debate about the Azov Regiment because “Azov attempted to depoliticize itself; the toxic far-right leadership formally left the regiment”. However, the role of the far-right leadership in the regiment remains evident. Both the National Guard unit and the political party admit to being part of the wider “Azov movement” led by the regiment’s first commander and current National Corps party leader Andriy Biletsky. The unit routinely hosts Biletsky (and other former commanders) at its bases and welcomes his participation in ceremonies, greeting him as a leader. Biletsky positions himself as the curator of the regiment, and has claimed to deal directly with Ukrainian Interior Minister Arsen Avakov on related matters – a claim that Avakov appeared to confirm in early 2019.

Shekhovtsov describes the regiment as a regular unit of the National Guard, but it is not. Regimental commanders have said that their unit owes its special status to being shielded from government interference. In 2019, the head of Azov’s military academy claimed Biletsky protected Azov from being “destroyed” by Ukraine’s leaders, while another commander described Biletsky as someone who “finds sponsors that really invest money”. Furthermore, Azov’s Kyiv recruitment center and military academy share a location with the offices of the National Corps.

The relationship between the regiment and the National Corps is also blurred in the political messaging of Biletsky, who has posed with active duty Azov soldiers in political videos. National Corps figures routinely visit the regiment, and the party’s ideologists lecture Azov troops. Their blogs are published on the regiment’s site, while Azov’s social media pages promote the National Corps. According to an August 2017 video, ostensibly recorded at Azov’s base, emigre Russian neo-Nazi Alexey Levkin lectured the regiment.

The close alignment between the Azov Regiment and the National Corps continues under the Zelenskyy presidency. In March 2020, soldiers from the regiment were featured alongside leaders of the National Corps in a video ad for a rally meant as a warning to Zelenskyy’s government. Based on this evidence, it is clear that the Regiment has failed in its alleged attempts to “depoliticize.”

This makes it next to impossible to draw a clear line between the regiment itself and the wider Azov movement, including the National Corps. But does the Azov movement merit a Foreign Terrorist Organization designation? There are three criteria that must be met: the organization must be foreign; it must engage in terrorist activity or retain the capacity and intent to engage in terrorist activity; and the organization’s terrorist activity must threaten the security of US nationals or the national security of the United States. US law enforcement is already keeping an eye on Americans that are in contact with the Azov movment, as then-acting Secretary of Homeland Security Kevin McAleenan confirmed in October 2019. At present, nothing indicates that the Azov movement engages in terrorist activity or has such intent. Nevertheless, its international ties with groups espousing extremist white supremacist ideology should ring all sorts of alarm bells.

Oleksiy Kuzmenko is a researcher for the Bellingcat Anti-Equality Monitoring project.

Why Azov should not be designated a foreign terrorist organization

The authors of a recent New York Times op-ed produce no clear proof of ongoing links between American right-wing terrorists and a unit within Ukraine’s Interior Ministry.

Image: A member of the Azov Regiment pictured at a position on the front line in Donetsk region, eastern Ukraine. April 12, 2019. REUTERS/Gleb Garanich