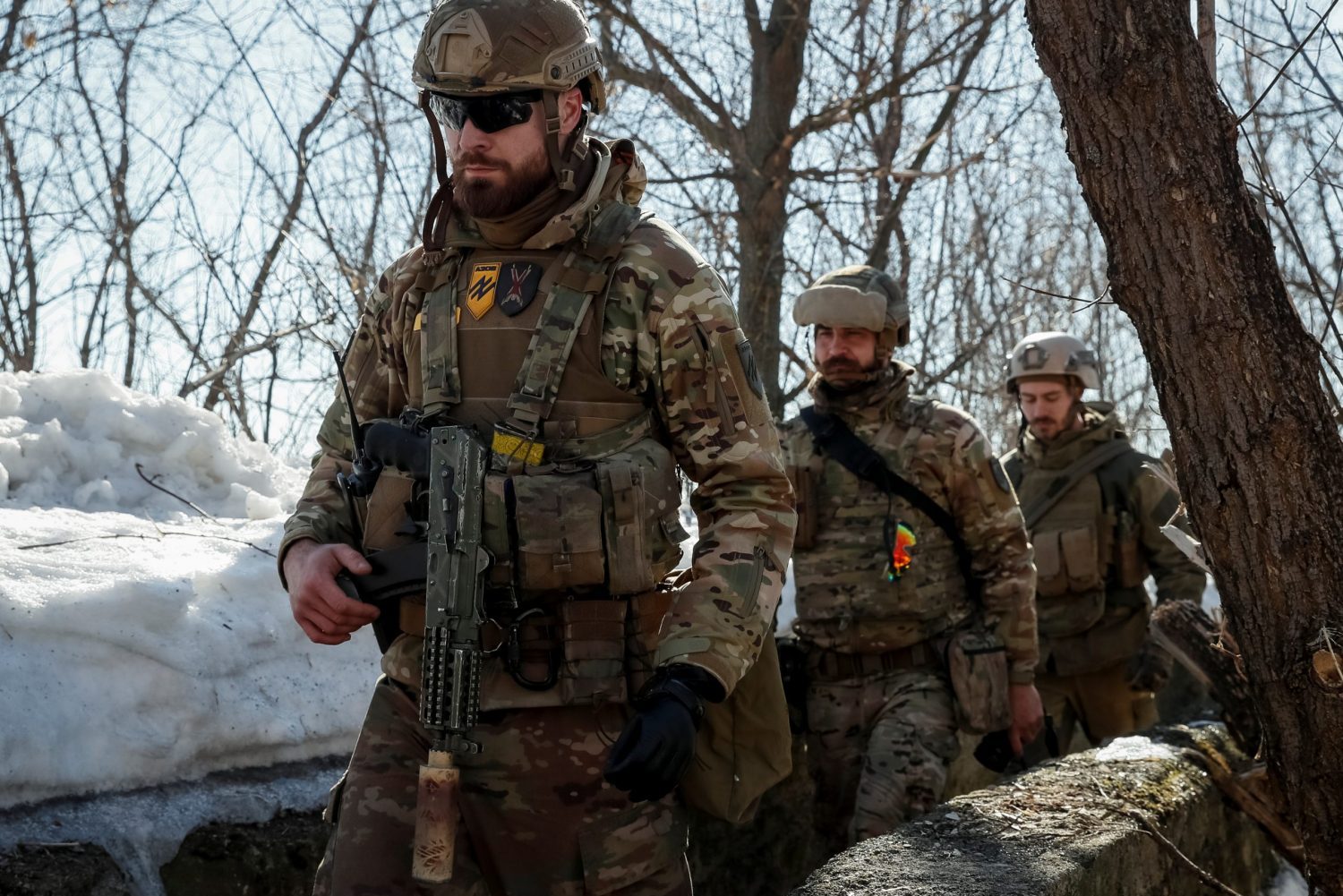 In their recent New York Times op-ed, “We once fought jihadists. Now we battle white supremacists,” Democratic Congressman Max Rose and former Federal Bureau of Investigation (FBI) special agent Ali H. Soufan raise a critical question: to what extent can we consider domestic right-wing terrorism an exclusively domestic phenomenon? As a follow up, they also ask about the role transnational links have in the radicalization process between different far-right groups.

One of the examples that the op-ed presents to the readers is that of the Ukrainian Azov Battalion, which the FBI calls “a paramilitary unit” notorious for its “association with neo-Nazi ideology.” Unfortunately, this, and other references to Azov made in the op-ed, are misleading, which makes the entire example unreasonable and, sadly, damaging for the important argument of the authors.

What the authors call a “Ukrainian Azov Battalion,” where they add a description of it as “a paramilitary unit,” is, in fact, a Special Operations Detachment “Azov”—a regiment of the Ukrainian National Guard that is part of the Ministry of Internal Affairs. This means that Azov is neither a paramilitary unit nor has any independence from the state, but that it is an integral part of official structures and that it follows orders given by the Interior Ministry.

It is true, however, that Azov’s history is rooted in a volunteer battalion formed by the leadership of a neo-Nazi group called “Patriot of Ukraine” in spring 2014. Against the background of Russia’s armed invasion of eastern Ukraine and the total inefficiency of the regular Ukrainian army (which was weakened and plundered by the previous pro-Kremlin regime), the state needed anyone who would be ready to join volunteer units and fight. Yes, “anyone,” included far-right activists, but also anarchists, liberals, conservatives, and apolitical people. Even Azov, the leading core of which was formed by the far right, included fighters of different ideological convictions.

But, while the ideologically inimical nature of Azov’s roots is indisputable, it is likewise certain that Azov attempted to de-politicize itself; the toxic far-right leadership formally left the regiment and founded what would become a far-right party called “National Corps.” The party formed an electoral bloc with the other Ukrainian far-right parties for the 2019 parliamentary elections, but even a united far-right front obtained only a miserable 2.15 percent of the vote and thus failed to secure a single seat in the Ukrainian parliament.

Yet, misconceiving the current status of Azov as a “paramilitary unit” rather than an official regiment is only part of the trouble with Rose’s and Soufan’s op-ed, which features the following misleading paragraph:

“The Australian [Brenton Tarrant] who in March last year murdered fifty-one worshipers at mosques in Christchurch, New Zealand, claimed in his manifesto that he had traveled to Ukraine; during the attacks he wore a symbol used by the Azov Battalion. The FBI director recently warned that American extremists, too, are traveling overseas for paramilitary training. Among those who have trained with Azov are several of the men responsible for fomenting violence at the Unite the Right rally in Charlottesville, Va., in August 2017.”

Let us analyze this paragraph in more detail. Addressing his potential followers in his hateful manifesto, Tarrant made his only reference to Ukraine in the following passage: “You will find no reprieve, not in Iceland, not in Poland, not in New Zealand, not in Argentina, not in Ukraine, not anywhere in the world. I know, because I have been there.”

“Been there” does not necessarily mean that Tarrant was in Ukraine—the phrase generally means that he has seen the world: “anywhere in the world…I have been there.” And this, to a certain degree, is true; Tarrant did visit several countries over the years preceding the terrorist attack, although it is surprising that he did not mention France. However, since the phrase allows for a different interpretation, let us assume that Tarrant did visit Ukraine, keeping in mind that this is his only reference to the country.

Then, the authors attempt to link Tarrant to Azov by saying that he wore “a symbol used by the Azov Battalion.” In one of the pictures of Tarrant’s attack, one can see a patch featuring a so-called Black Sun symbol. The Black Sun was appropriated by Nazi Germany and, later, became a popular symbol with right-wing extremists around the world. Azov did use the Black Sun symbol in the past, but connecting it exclusively to Azov is incorrect, because the latter simply used the already available and wide-spread far-right imagery. No organization, apart from the historical Nazi party, can claim a monopoly over the Black Sun symbol.

Finally, the article argues that “among those who have trained with Azov are several of the men responsible for fomenting violence at the Unite the Right rally in Charlottesville, Va., in August 2017.” This allegation comes from only one source—namely, from an affidavit and criminal complaint against Robert Rundo and three members of the American far-right Rise Above Movement (RAM), which Rundo founded. They were charged “with inciting and conspiring to commit violence in connection with several rallies, including the August 2017 rally in Charlottesville, Virginia.”

The complaint was written in October 2018 by Scott Bierwirth, who by that time had possessed ten months of experience working as an FBI special agent. It is in his statement that Azov was originally incorrectly called “a paramilitary unit” (this phrase would uncritically travel to Rose’s and Soufan’s op-ed) and it is in his statement that Azov was “believed to have participated in training and radicalizing United States-based white supremacy organizations.” Bierwirth presented no evidence to support his belief that Azov provided paramilitary training for the RAM’s members, but Rose and Soufan present this claim as a hard fact. Interestingly, in June 2019, a US District Court judge ruled to dismiss federal charges against Rundo and his associates.

But the authors produce no clear proof of ongoing links between American right-wing terrorists and a unit within Ukraine’s Interior Ministry.  To label that unit “a foreign terrorist organization under federal law” would be a grave mistake and a gift to the Kremlin.

Anton Shekhovtsov is an external lecturer at the University of Vienna, senior fellow at the Free Russia Foundation, and general editor of the “Explorations of the Far Right” book series at ibidem-Verlag. He is the author of the books New Radical Right-Wing Parties in European Democracies (ibidem-Verlag, 2011) and Russia and the Western Far Right (Routledge, 2017), as well as co-editor of The Post-War Anglo-American Far Right (Palgrave, 2014).