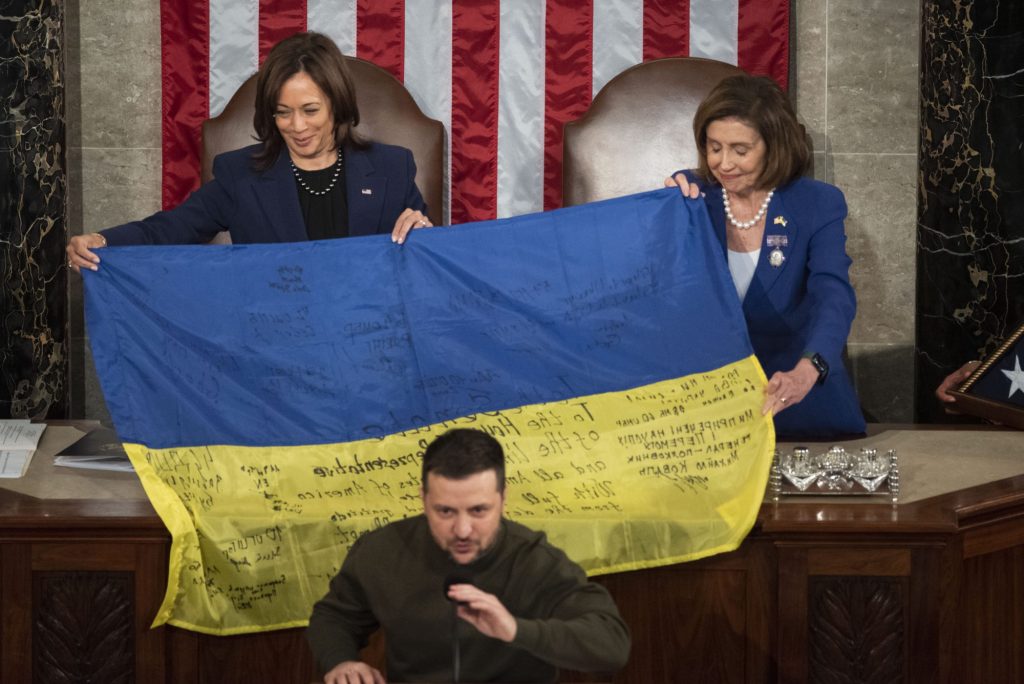 As it continues to fight against Russia’s ongoing invasion, Ukraine is often depicted as being heavily reliant on Western military and economic support. However, this relationship is not as one-sided as it might initially appear. Western backing has indeed been crucial in helping Ukraine defend itself, but the democratic world also reaps a wide range of benefits from supporting the Ukrainian war effort.

Critics of Western support for Ukraine tend to view this aid through a one-dimensional lens. They see only costs and risks while ignoring a number of obvious advantages.

The most important of these advantages are being won on the battlefield. In short, Ukraine is steadily destroying Russia’s military potential. This dramatically reduces the threat posed to NATO’s eastern flank. In time, it should allow the Western world to focus its attention on China.

During the initial period of his presidency, Joe Biden is believed to have felt that the US should “park Russia” in order to concentrate on the far more serious foreign policy challenge posed by Beijing. Ukraine’s military success is now helping to remove this dilemma.

Defeat in Ukraine would relegate Russia from the ranks of the world’s military superpowers and leave Moscow facing years of rebuilding before it could once again menace the wider region. Crucially, by supporting Ukraine, the West is able to dramatically reduce Russia’s military potential without committing any of its own troops or sustaining casualties.

Backing Ukraine today makes a lot more strategic sense than allowing Putin to advance and facing a significantly strengthened Russian military at a later date. As former US Secretary of State Condoleezza Rice and former US Secretary of Defense Robert M. Gates wrote recently in The Washington Post, “The way to avoid confrontation with Russia in the future is to help Ukraine push back the invader now. This is the lesson of history that should guide us, and it lends urgency to the actions that must be taken, before it is too late.”

If this lesson is ignored and Ukraine is defeated, Russia will almost certainly go further and attack NATO member countries such as the Baltic nations, Finland, or Poland. At that point, it will no longer be possible to avoid significant NATO casualties.

The international response to Russia’s invasion of Ukraine has also reshaped the geopolitical landscape far from the battlefield. Since February 2022, it has reinvigorated the West as a political force.

The war has given NATO renewed purpose and brought about the further enlargement of the military alliance in Scandinavia with the recent membership applications of Sweden and Finland. The EU is also more united than ever and has now overcome a prolonged crisis of confidence brought about by the rise of populist nationalist movements.

In the energy sector, Putin’s genocidal invasion has finally forced a deeply reluctant Europe to confront its debilitating dependency on Russian oil and gas. This has greatly improved European security and robbed the Kremlin of its ability to blackmail Europe with weaponized energy exports. It now looks likely that the era of corrupt energy sector collaboration with the Kremlin is now drawing to a close, in Europe at least.

Western support for Ukraine is bringing a variety of practical military gains. While Ukraine’s Western partners provide Ukraine with vital battlefield intelligence, Ukraine returns the favor by offering equally valuable intelligence on the quality and effectiveness of Russian troops, military equipment, and tactics. The events of the past ten months have confirmed that pre-war perceptions of the Russian army were wildly inaccurate. Thanks to Ukraine’s unique experience and insights, Western military planners now have a far more credible picture of Moscow’s true military capabilities.

Ukraine’s MacGyver-like ability to adapt and deploy NATO weapons using Soviet-era platforms could prove extremely useful to the alliance in future conflicts. Ukrainian troops have proven quick to learn how to use Western weapons, often requiring far shorter training periods than those allocated to Western troops.

The innovative use of digital technologies by the Ukrainian military also offers invaluable lessons for their Western counterparts. Ukraine’s widespread deployment of Elon Musk’s Starlink system in front line locations is unprecedented in modern warfare and offers rare insights for all NATO countries.

Similarly, the war in Ukraine is highlighting the increasingly critical role of drone technologies. This is building on the experience of the Second Karabakh War in 2020, when Israeli and Turkish drones played an important part in Azerbaijan’s victory over Armenia.

Russia failed to invest sufficient resources into the development of military drones and has been forced to rely on relatively unsophisticated Iranian drones. In contrast, Ukraine enjoys a strong military partnership with Turkey that includes a deepening drone component. Turkey’s Bayraktar drones gained iconic status during the early stages of the Russian invasion. The company has since confirmed plans to build a manufacturing plant in Ukraine.

In addition to these Turkish drones, Ukraine’s powerful volunteer movement and tech-savvy military have created a myriad of drone solutions to address the challenges of today’s battlefield. Ukraine’s rapidly evolving drone technologies are extremely interesting to Western military planners and will be studied in great detail for years to come.

Ever since the full-scale invasion of Ukraine began on February 24, 2022, Ukrainian forces have fused courageous fighting spirit with advanced intelligence and innovative use of battle management software. “Tenacity, will, and harnessing the latest technology give the Ukrainians a decisive advantage,” noted General Mark Milley, the current US Chairman of the Joint Chiefs of Staff.

The relationship between Ukraine and the country’s Western partners is very much a two-way street bringing significant benefits and strategic advantages to both sides. While Ukraine is receiving critical military and economic support, the Western world is benefiting from improved security along with important intelligence and unique battlefield experience. There is clearly a strong moral case for standing with Ukraine, but it is worth underlining that the strategic argument is equally convincing.

Taras Kuzio is professor of political science at the National University of Kyiv Mohyla Academy and author of the forthcoming “Russia’s War and Genocide Against Ukrainians.”

Image: Ukrainian President Volodymyr Zelenskyy addresses a joint session of the US Congress in the US House Chamber of the US Capitol in Washington, DC on Wednesday, December 21, 2022. (Credit: Cliff Owen / CNP/Sipa USA)