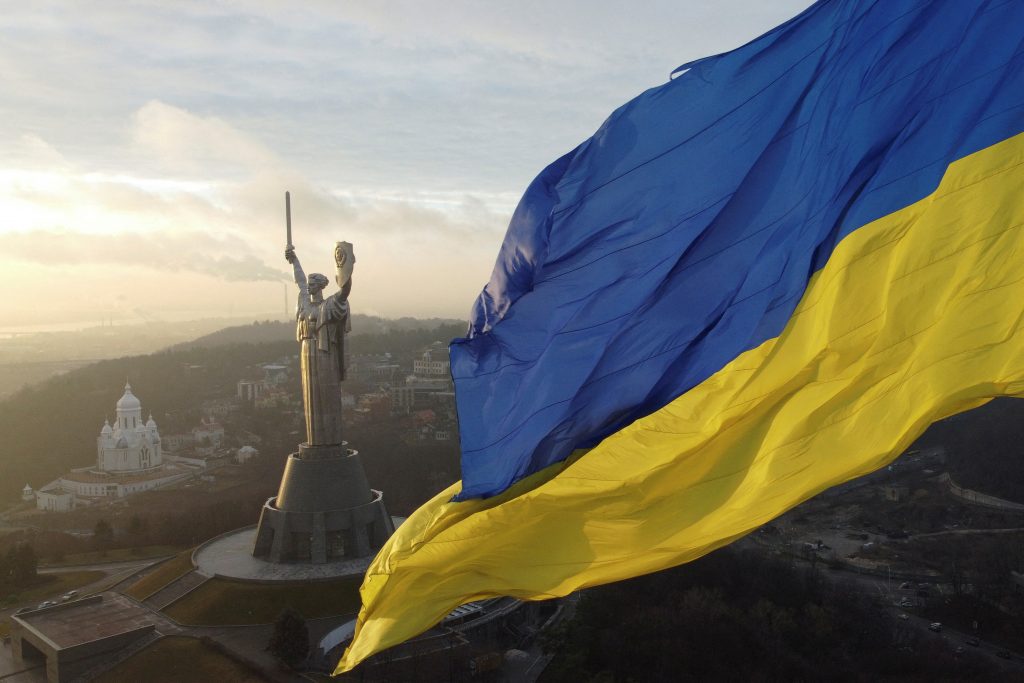 The Atlantic Council’s UkraineAlert blog posted record-breaking audience figures in 2021, with alarm over a possible escalation in the ongoing Russo-Ukrainian War helping to generate high levels of international interest in Ukrainian issues throughout the year.

Unsurprisingly, the top ten list of 2021’s most popular UkraineAlert articles is dominated by conflict-related content. Amid mounting fears that the simmering eight-year confrontation in eastern Ukraine could erupt into a major European war, one key theme was Russian President Vladimir Putin’s apparent obsession with Ukraine and his willingness to pay disproportionate geopolitical costs in order to prevent the country from leaving the Kremlin orbit.

The year drew to a close with the threat of a fresh Russian offensive still looming over Ukraine and no end in sight to the undeclared war between the two countries. The following top ten articles are essential holiday reading for anyone looking to understand what is likely to remain one of the world’s most important geopolitical issues in 2022.

No. 1: Is Putin about to launch a new offensive in Ukraine?

The most popular article of 2021 was published in April during the first of Vladimir Putin’s two saber-rattling bouts and sought to assess the threat of a full-scale Russian invasion.

No. 2: Why is Ukraine still not in NATO?

Ukrainian Foreign Minister Dmytro Kuleba posed this provocative question in February 2021. As the year progressed, the issues raised in his article proved to be more and more relevant.

No. 3: Europe’s future will be decided in Ukraine

Ukraine’s new Defense Minister Oleksii Reznikov penned this powerful op-ed in December to highlight the broader geopolitical implications for the EU of a possible Russian escalation in Ukraine.

This article by former Ukrainian Defense Minister Andriy Zagorodnyuk and Alexander Khara sought to place Russia’s saber-rattling in the context of Putin’s fixation with Ukraine.

Since 2014, Russia has suffered an historically unprecedented loss of influence in Ukraine. Taras Kuzio explored why Ukrainians have emphatically rejected Putin’s “Russian World.”

No. 6: US imposes new sanctions to kill off Putin’s pet pipeline

This January article by Diane Francis looked at new US sanctions designed to block Putin’s Nord Stream 2 pipeline. Within months, the Biden Administration would reverse US opposition.

In July 2021, Putin published a remarkable essay that laid bare his imperial ambitions in Ukraine and his belief that “true sovereignty of Ukraine is possible only in partnership with Russia.”

No. 8: Memo to the international media: Putin has already invaded Ukraine

As winter 2021 approached, the key question in the international media was “will Putin invade Ukraine?” In reality, of course, Putin had already invaded Ukraine in 2014.

No. 9: Is Ukraine’s split from Russia now irreversible?

As Ukraine prepared to celebrate 30 years of independence in August, this article invited experts to share their thoughts on whether the geopolitical split with Russia was now irreversible.

No. 10: Time to remind Russia that Crimea is Ukraine

Summer 2021 saw the launch of the Crimea Platform, a new initiative designed to return the Russian occupation of Ukraine’s Crimean peninsula to the international agenda.

Image: Ukraine's biggest national flag on the country's highest flagpole and the giant 'Motherland' monument are seen at a compound of the World War II museum in Kyiv. December 16, 2021. (REUTERS/Valentyn Ogirenko)