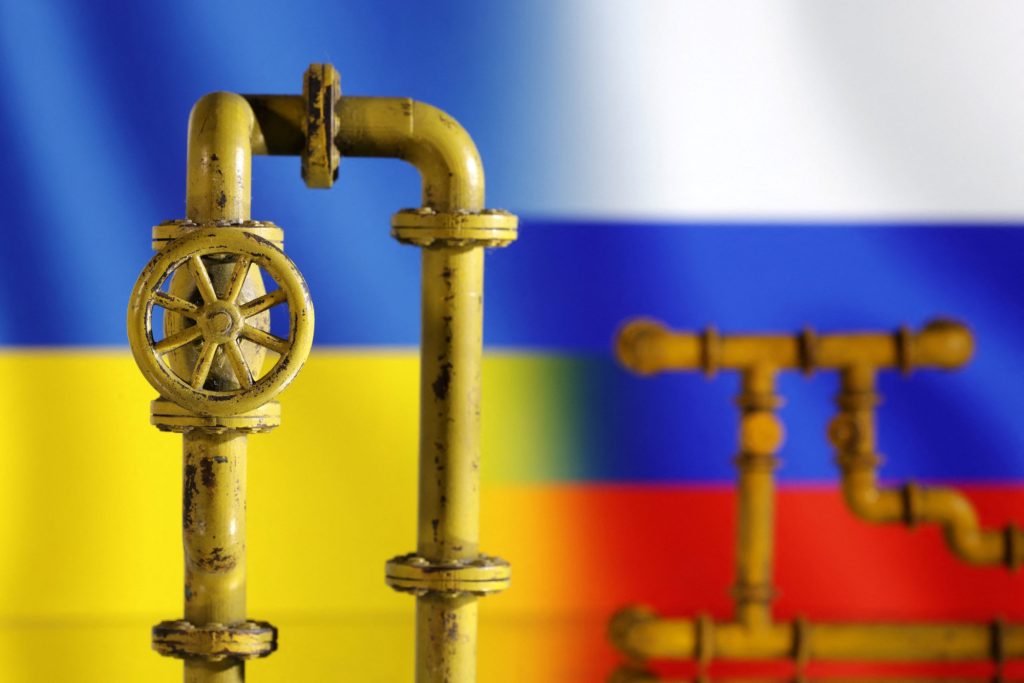 Russia may have hoped the heating season starting on October 1 would kick off with a bang to inflict more pain on Europe’s edgy energy markets. However, there has been little so far for the Kremlin to cheer.

News in the final days of September that Russia’s Nord Stream pipelines had been sabotaged helped to lift European gas prices, but not for long. Markets adjusted almost immediately and remain in a downward trend. Even Gazprom’s veiled threats to stop gas transit via Ukraine and its decision to reduce supplies to Moldova failed to spread panic.

Ukraine reacted calmly, batting off Gazprom’s calls to drop arbitration proceedings and insisting the Russian company instead face the consequences for paying less than it is contractually obliged to for booked transmission capacity. Meanwhile, Moldova was even selling gas to Ukraine to raise much-needed cash.

It is, of course, premature to celebrate. Russia may yet try to hurt the two countries as the winter season approaches by stopping supplies to Moldova altogether and making good on its threats to suspend the transit of gas through Ukraine. This transit freeze could happen as early as next month. Nevertheless, despite a range of legitimate concerns and the huge challenges caused by Russia’s ongoing invasion, both Ukraine and Moldova are arguably now in a better position to face the winter heating season than in previous years.

For Ukraine, efforts to protect the country against Vladimir Putin’s energy weapon started even before the beginning of Russia’s invasion at the end of February 2022.

Perhaps most importantly, Ukraine upgraded its gas transmission system for a historical reversal of flows. For more than four decades, the country has been shipping Russian gas to Europe via a powerful transmission system which had been used for east-to-west flows. However, when Russia threatened to divert transit to its new Nord Stream pipelines across the Baltic Sea, Ukraine understood that its own transit system would have to be prepared for a reversal of flows to ensure physical access to supplies from neighboring European countries.

Ukraine has not been buying gas directly from Russia since 2015 but the alternative supplies it secured from Europe since then depended on east-to-west Russian transit. Thanks to upgrades put in place by the gas grid operator, GTSOU, Ukraine can now import nearly 20 billion cubic meters annually from Europe, or two-thirds of its pre-war consumption, irrespective of whether the gas is transited via Ukraine or not.

The biggest problem since the start of the war has not been lack of access to import capacity but securing funding. So far, the European Bank for Reconstruction and Development (EBRD) and Western partners such as Canada have offered financial support close to EUR 1 billion. This money may not be sufficient to buy large volumes because gas prices have been at record high levels, but Ukraine’s import needs are currently limited as demand has nearly halved because of Russia’s destruction of Ukrainian infrastructure and a sharp decline in wartime economic activity. As a result, most domestic consumption is now covered from locally produced volumes.

Critically and against all odds, Ukraine also synchronised its electricity transmission system with that of Europe within weeks of the start of Russia’s invasion. Since commercial exchanges began, Ukraine has been exporting its surplus electricity production to neighboring Moldova, Romania, Hungary, and Slovakia. These flows could be reversed to facilitate imports, particularly if Russia destroys or captures more production facilities this winter and creates a domestic supply shortfall.

With its historical dependence on Russian imports, Moldova remains one of Europe’s most vulnerable countries to supply cuts, having limited access to alternative resources and no storage facilities of its own. That said, the Moldovan authorities have made some progress in recent months to reduce the country’s energy insecurity.

Moldova has transferred 50 million cubic meters of gas to Romanian and Ukrainian storage, which it may withdraw later this winter. The country has also obtained a EUR 300 million loan from the EBRD that could help secure enough gas for one month.

To be able to cope with a total curtailment of Russian gas, Moldova would still need to cut electricity and gas demand drastically and ensure maximum efficiency in operating the entire energy system. Some critical steps have been taken so far in this direction. The country has established a state-owned electricity and gas wholesaler, Energocom, which is now led and advised by Western experts with extensive trading experience and whose ultimate task is to guarantee the country’s security of supply.

Meanwhile, after nearly three years of legal delays, Moldova launched virtual reverse flows at its interconnection points with Ukraine and Romania at the end of September. This means that rather than physically moving gas in both directions, deliveries can be netted out at borders. A total of 4mcm/day can also be physically exported from Ukraine to Moldova, but virtual flows are useful to simplify operations and, most importantly, reduce transport costs.

For now, swaps rely on Moldova importing Russian gas or volumes stored in Ukraine and shipped along the Trans-Balkan corridor. In the future, it may be possible to introduce more sophisticated operations that would facilitate the transport of gas sourced in Greece or Turkey up to Moldova and Ukraine at reduced costs.

With the Russian invasion ongoing and no end in sight to the war, the upcoming winter months could still witness painful energy shortages in both Ukraine and Moldova. However, there is a sense that a corner has been turned. Much as the European Union has reduced its reliance on Russian gas imports from last year’s 40% to 7% in 2022, Ukraine and Moldova are also learning to sever the links that have previously left them captive to Russian energy supplies.

Vladimir Putin has little reason to celebrate on his seventieth birthday

Vladimir Putin marks his seventieth birthday on October 7 but the Russian ruler has little reason to celebrate as his disastrous Ukraine invasion continues to unravel leaving Russia increasingly internationally isolated.

Image: Russia has long been accused of using energy as a weapon in its war against Ukrainian independence. (REUTERS/Dado Ruvic/Illustration)