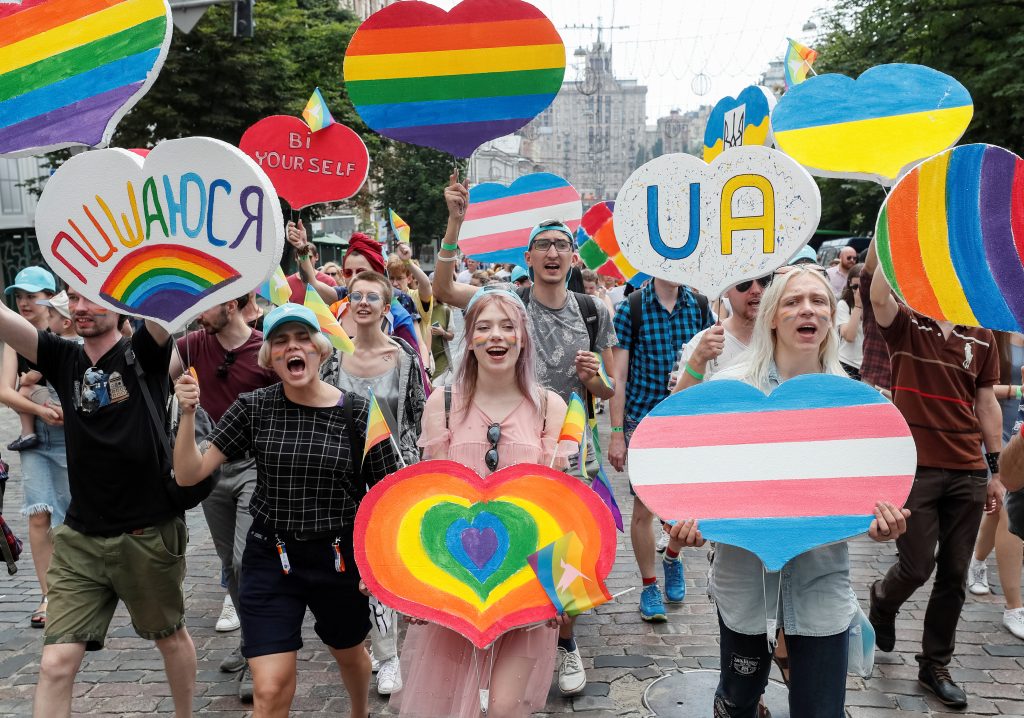 As the world marks Pride Month, there was recently an historic first on Capitol Hill with Ukraine’s LGBTQI community as a central focus. In its first ever hearing dedicated solely to the protection of LGBTQI rights, the US House of Representatives’ Subcommittee on Europe, Energy, the Environment, and Cyber held a hearing on the fight to protect such rights in Europe and Eurasia.

Expert witnesses primarily focused on four countries: Hungary, Poland, Russia, and Ukraine. With cases of discrimination and violence against LGBTQI people in the region on the increase, Ukraine stands out as an example of progress in what is an increasingly homophobic neighborhood, argued Dr. Lenny Emson, director of non-governmental organization KyivPride.

Out of the four featured countries, Ukraine has the least aggressive track record of government-sponsored LGBTQI discrimination and is arguably becoming the most welcoming nation in the region.

While Hungary currently has more protections for LGBTQI people in place on paper than Ukraine, Hungarian Prime Minister Victor Orban’s government is brazenly working to undo Hungary’s more pro-LGBTQI past. Hungary’s parliament recently passed a law that mimics Russia’s “homosexual propaganda” legislation. Coupled with Poland’s “LGBTQI-free zones” popping up across the country, it is encouraging to see Ukraine follow a more progressive path.

Emson’s testimony described the growth of Ukraine’s LGBTQI community through the expansion of the annual Kyiv Pride event, which has grown from a short walk of about 50 people on the outskirts of Kyiv in 2013 to a massive rally of over 10,000 people in central Kyiv in 2019. As Emson noted, “the story of our Pride marches is illustrative of the wider history of the LGBTQI movement in Ukraine. This striking difference in numbers within a span of just a few years demonstrates the remarkable progress our society has made.”

Brave and committed activists in Ukraine lead the charge for equality. As Emson noted, they have been further aided by consistent support from the US in efforts to strengthen Ukraine’s civil society and promote police reform.

One example of progress advanced by LGBTQI activists has come in relation to the Ukrainian trans community. Since December 2016, transgender Ukrainians no longer have to petition a board of mental health professionals or spend a month in a psychiatric ward before legally changing their gender.

However, the situation remains far from satisfactory. Transexuality is still considered a mental disorder and still requires a “diagnosis” before the transition may begin.

In some cases, regional and local Ukrainian courts have helped uphold the rights of LGBTQI people. In 2019, the Rivne City Council in western Ukraine tried to ban LGBTQI groups from publicly demonstrating, citing the need to prevent the spread of LGBTQI “propaganda.” While it took a year, the Rivne District Administrative Court later declared the ban illegal.

The same happened with the Kyiv Regional Administrative Court in 2020. Despite some polling showing that only 14% of Ukrainian respondents think homosexuality should be accepted by society, the government and court systems have demonstrated a welcome readiness uphold some LGBTQI rights.

As the world marks this year’s Pride Month, Ukraine can point to some progress in terms of advancing protections for the LGBTQI community. Nevertheless, the road to reform has not been easy and much work remains to be done. Emson highlighted some critical gaps in Ukraine’s legislation, along with the need for more effective investigations into anti-LGBTQI discrimination.

Ukrainian law currently does not recognize homophobia and transphobia as discriminatory motives for hate crimes. Along with such legislative gaps, perpetrators of crimes often enjoy near-total impunity in practical terms.

Despite KyivPride’s increased visibility and the continued work of other activists, hate crimes are on the rise in Ukraine. According to Emson, attacks on LGBTQI activities and events more than doubled over the past year to 24 attacks. Questions remain over the commitment of the authorities to address this worrying trend.

The case of Ukrainian activist Vitalina Koval, a lesbian community organizer for LGBTQI people in Uzhgorod, is emblematic of the need for further steps. Koval was attacked in March 2018 and suffered chemical burns to her eyes after six counter-demonstrators doused her in red paint while she participated in an International Women’s Day event. Following this, the same group allegedly followed two other activists home and beat them. The court took almost three years to address Koval’s case and eventually said her attackers could not be brought to court because the statute of limitations had been reached.

Introduced by the Cabinet of Ministers on May 13, Bill 485488 would expand anti-hate crime legislation to protect the Ukrainian LGBTQI community. This proposed legislation is expected to face fierce opposition, but Emson hopes that strong support from allies in Ukraine and abroad will help convince Ukrainian MPs to continue Ukraine’s progress in building a safer and more inclusive society for all citizens.

While Ukrainian attitudes towards the LGBTQI community are still in many ways far behind the levels of acceptance encountered elsewhere in the Western world, Ukraine’s modest progress in recent years offers hope in a region where intolerance is on the rise.