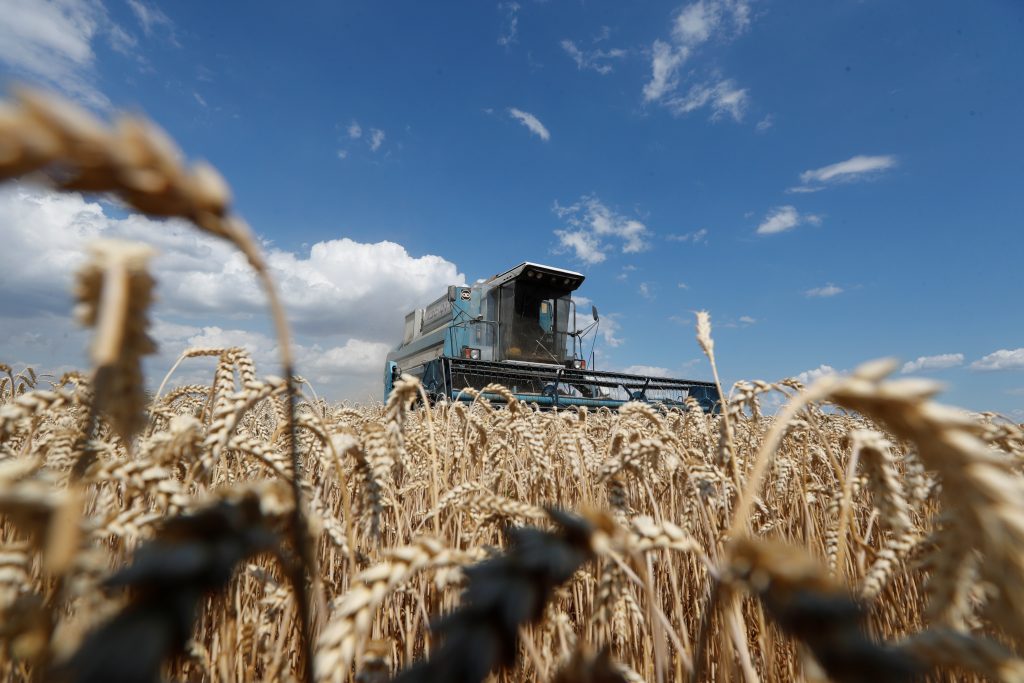 In 2019, 80-year-old Viktor Tsytsyura and I walked his land and visited his dacha outside Ternopil, a small city in western Ukraine. My visit came a year after the European Court of Human Rights (ECHR) had ruled in favor of Viktor and over six million Ukrainians like him. The ruling vindicated their rights to control their land as they determine.

In 2001, Viktor’s parents, who had worked for many years on a Soviet collective farm, were granted 3.5 hectares of farmland by the Ukrainian government for their labor. It was seen as part of Ukraine’s move towards a market economy.

In fact, the Ukrainian government awarded roughly 32 million hectares (nearly 80 million acres) of arable land to seven million of its citizens at that time. Those landowners represent more than 15% of the population of Ukraine and their farmland represents 70% of the country’s arable land, making them a sizable constituency.

But the land distribution came with a catch: a “one-year” moratorium on selling that land. Eighteen years later, the moratorium was still in place. In that time, nearly a million landowners had already died, including Viktor’s parents, who left the land to Viktor. They could not sell it, and neither could Viktor.

When the moratorium was imposed, opportunistic politicians did some “business” on the side by seizing the “shadow” management of lands that would eventually fall back into state management. They promoted the moratorium on farmland sales as a tool to “protect” the recipients of the land by forcing them to hold on to it. They justified this on the grounds that if nobody could sell, no one would be pressured by companies or foreign interests to part with their property.

Many of the people owning land had no access to financing and lacked the tools to work the land effectively. As a result, much of it lay unused or leased for next to nothing. Viktor was left with only one realistic option: to rent the land out for a mere USD 70 per hectare per year.

Small landowners suffered, but big agricultural conglomerates saved a fortune on leasing land from people with no other options. Come election time, these businesses rewarded the politicians who arranged such sweet deals for them.

If this all sounds crazy, that’s because it is.

In fact, until a recent string of reforms, Ukraine stood alone among the democratic nations of the world in not allowing landowners to sell their own land. But now, thanks in part to Viktor’s successful case in the ECHR and years of advocacy from a group of think tanks and NGOs, the Ukrainian government has reversed course and passed several bills that had languished in committee for years.

On July 1, 2021, these bills will lead to real land ownership for six million Ukrainians.

Opposition has been considerable. The initial law that kicked off this spate of land reform overcame 4,000 amendments proposed in order to prevent the bill from passing.

Speaking recently at an agricultural forum to mark the thirtieth anniversary of Ukraine’s independence from the Soviet Union, President Volodymyr Zelenskyy acknowledged the scale of the changes now underway. “In 2014, Russia annexed the Crimean peninsula, which belonged to our state. Over the years of the moratorium [on the sale of agricultural land], some politicians and business people stole land as large as two Crimean peninsulas. Of course, we will do everything to return both,” commented Zelenskyy.

In a blunt acknowledgment of the cronyism that has hobbled Ukraine for the past three decades, Zelenskyy went on to criticize government officials for using the moratorium on land sales to line their own pockets. “The former parliaments were unable not only to carry out land reform, but also to start discussing the relevant laws. Instead, they managed, in my opinion, something else. They actually formed an unofficial ‘offshore area’ of more than 8 million hectares inside the country.”

Zelenskyy branded this a shadow market where “it was easy to buy land, very easy to sell, harvest, and earn millions without paying any taxes or providing official employment and social guarantees to people.” He went on to note that roughly 5 million hectares of land in Ukraine had been illegally appropriated by officials who had been charged with management of land under the moratorium.

Viktor’s court victory helped to both secure the rights of six million Ukrainians and shut down what critics say was a huge agricultural corruption racket. Beyond restoring the right to sell for landowners, the most recent reforms transfer an additional 10 million hectares from state to local ownership.

This critical milestone in Ukraine’s fractured march toward economic liberalization will hopefully help to reverse decades of the sort of entrenched corruption that occurs when the interests of public officials converge with those of big business.

Whether or not the trend of reform continues, one thing is certain: good things happen when determined citizens such as Viktor Tsytsyura team up with equally determined free-market and anti-corruption reformers in think tanks and NGOs.

AJ Skiera works at Atlas Network, where he leads its storytelling and film work for the economic development project DignityUnbound.org.

Image: A combine harvests wheat near the village of Hrebeni in Kyiv region. July 17, 2020. (REUTERS/Valentyn Ogirenko)