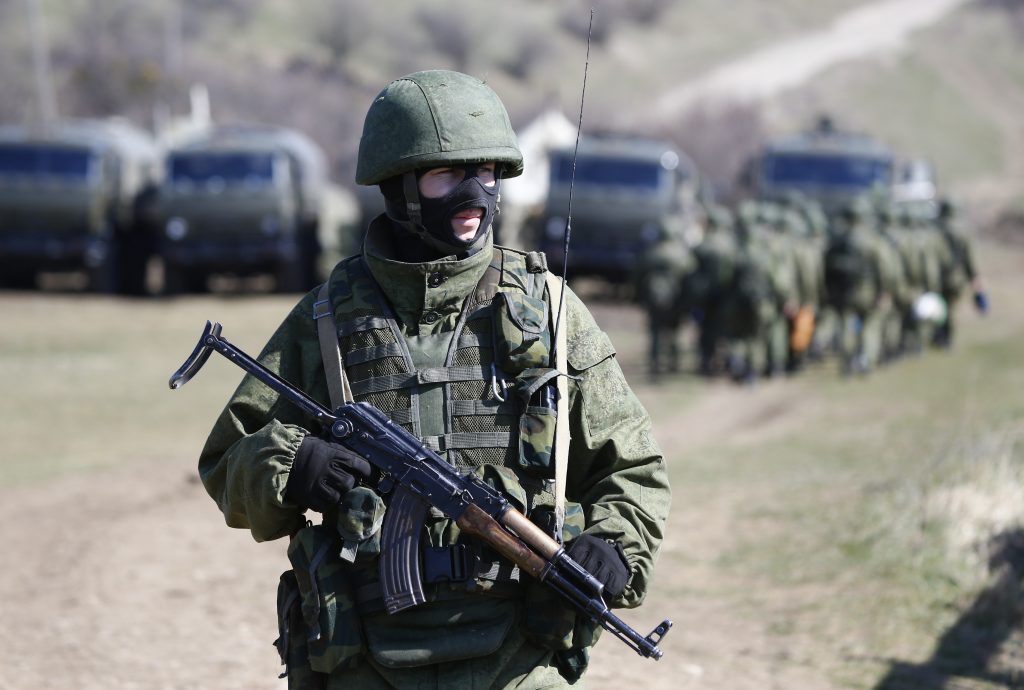 The court acknowledged that Russia has exercised “effective control” over Crimea and Sevastopol since February 27, 2014. Notably, this date is weeks before the widely condemned “referendum” on the Russian takeover of Crimea. Within the framework of international law, effective territorial control brings the responsibility to protect human rights. Russia can therefore be held responsible if it is found guilty of violating the European Convention on Human Rights.

While only an intermediate decision, the case opens the door to other court investigations into Russian crimes in Crimea. Perhaps even more significantly, the recognition of Russian “effective control” over the region before the sham Crimean referendum of March 2014 drastically undermines Kremlin propaganda efforts to portray the takeover of the Ukrainian peninsula as a legitimate act of self-determination.

Since 2014, Ukraine has been defending its sovereignty against Russian-backed separatists in the Donbas region, battling Kremlin disinformation in the domestic and global arenas, and pursuing international legal actions to hold Moscow responsible for its ongoing aggression. While sporadic fighting in eastern Ukraine has rightly attracted the most attention, Russia’s annexation of Crimea and its alleged continued violations of human rights in the region have quietly slipped down the agenda, becoming a secondary issue for many Western governments and analysts. This shift in focus is understandable, but it is nevertheless dangerous to underestimate the international implications of Russia’s Crimean crimes.

On March 18, 2014, Russian President Vladimir Putin formally annexed Crimea. The official Kremlin narrative maintains that the people of Crimea wanted protection, and Russia’s actions were merely in line with Crimean desires as reflected in the March 16, 2014 referendum. Based on the dates established in the ECHR ruling, the Kremlin argument doesn’t add up.

Ukraine’s complaint against Russia lists extensive violations. It covers nearly all the rights enshrined in the European Convention on Human Rights, including the right to life, prohibition of inhuman treatment and torture, right to a fair trial, and freedom of religion.

Some have questioned the purpose of Ukraine’s complaints against Russia at the ECHR and assume Russia will simply ignore any guilty verdicts. Such skepticism may be valid; the ECHR ruled in 2014 that Russia should release Haiser Dzhemilev, the son of Crimean Tatar leader Mustafa Dzhemilev, who had been detained by the Russian occupation authorities on dubious murder charges in the wake of the annexation. Despite this ECHR ruling, Russia refused to release Dzhemilev, before eventually revising his sentence from five years to three-and-a-half years. Furthermore, Russia’s constitutional changes pushed through by President Putin in 2020 included a clause that places Russian law above international law.

While these concerns are reasonable, Ukraine’s complaints against Russia in the Strasbourg court are not merely in pursuit of an apology from Putin or acknowledgment of Russian military aggression. Ukraine’s fight back against Russia is taking place through many parallel channels, including diplomatic and military efforts. The country’s legal pursuits are an important piece of this long-term strategy. As such, Ukraine’s ECHR claims regarding Crimea and three other interstate cases against Russia hold great real and symbolic significance.

The incremental success of Ukraine’s cases against Russia proves that these are not just Ukrainian grievances against a rival nation but rather a continued struggle against global impunity for Kremlin aggression and revisionism. The ECHR’s independent judges from Council of Europe member states have determined that Ukraine’s cases on Crimea and Eastern Ukraine pass the Court’s process of rigorous legal scrutiny.

International acceptance of Ukraine’s complaints over alleged Russian human rights violations legitimizes the country’s broader struggle against Russian aggression. Indeed, the Grand Chamber specifically noted how organized and well-argued the Ukrainian case was in its recounting of events in Crimea in the early months of 2014.

On a symbolic level, Ukraine’s vigorous pursuit of justice demonstrates the country’s willingness to exhaust every avenue to protect the human rights of its citizens. This includes the millions of Ukrainian citizens in Crimea whose land was illegally occupied by the Russian Federation nearly seven years ago.

Ukraine has now proved it can stand up to Russia on the battlefield and in the courtroom. Ragtag citizen militia groups held the line against Russian-backed separatists in 2014 when the Ukrainian military proved too weak and disorganized to defend the country. The Ukrainian government has since taken up the mantle to fight Russian military aggression in eastern Ukraine and continues to demonstrate its commitment to advocate on behalf of citizens whose rights were allegedly violated by the Russian seizure of Crimea.

Indeed, Ukraine is acting as any responsible state should by advancing its cases before the ECHR. For a nation that suffers from considerable domestic challenges and political instability, this is no small feat.

The Court released its decision on Crimea just a week before it ruled on January 21 that Russia committed a series of human rights violations during its war with Georgia in 2008, an outcome hailed as a victory in Tbilisi.

Moscow previously threatened to withdraw from the ECHR. This has prompted some experts to wonder whether these unfavorable rulings could now be the breaking point. So far, the Russian media has deflected attention away from the Court’s recent decisions. However, given the current state of Russian relations with the international community, Moscow’s full withdrawal cannot be ruled out.

Should Russia withdraw from the ECHR or decline to respect a decision by the Court, it will confirm once more that Ukraine is not just fighting for the rights of its own citizens, but in defense of international law. This will greatly strengthen Ukraine’s position, while also making any normalization of relations with Russia significantly more difficult.