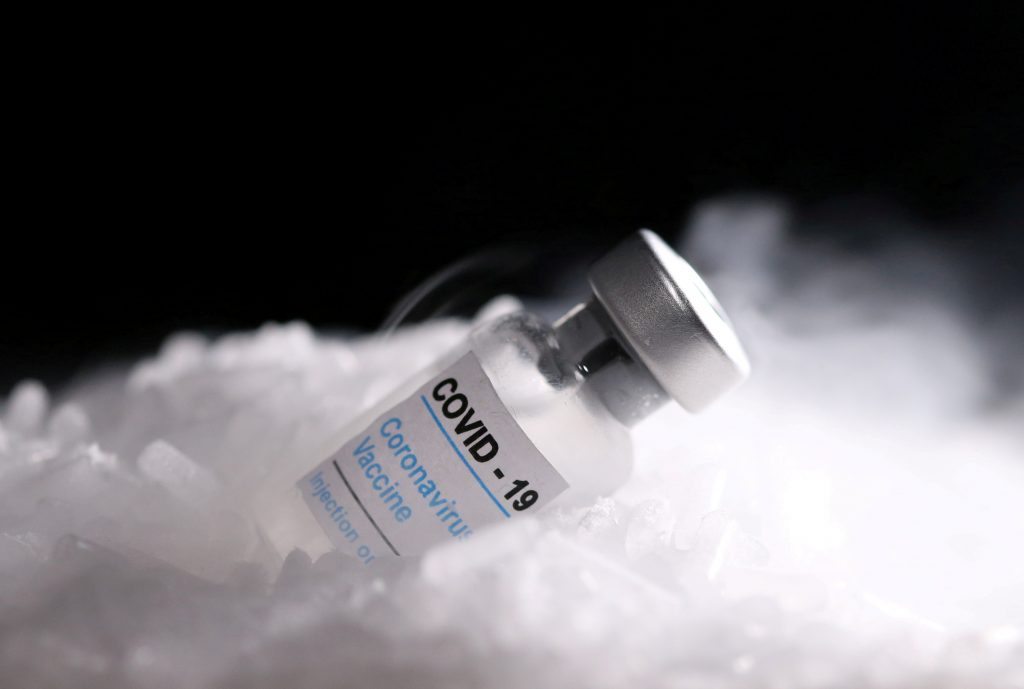 As countries around the world continue to implement national COVID-19 vaccination programs, Ukraine has finally concluded its first substantial vaccine contract. While this news is cause for celebration, the nature of the breakthrough also serves to highlight deeply entrenched problems within the Ukrainian healthcare system’s procurement procedures.

President Zelenskyy’s Office recently announced a deal with India’s Serum Institute for 12 million doses of Novavax vaccine. The first shipments will arrive sometime in February and will allow Ukraine to launch its long-awaited inoculation campaign. Together with a previous Sinovac contract for 1.9 million doses and a relatively tiny shipment of Pfizer/BioNTech vaccines also expected in February, current deals will secure vaccines for about seven million Ukrainians, which is slightly less than 20% of the population.

This is the first sign that Ukraine is getting the vaccine procurement process back on track following months of frustration. Ukraine experienced procurement paralysis throughout the final quarter of 2020, culminating in a destructive procurement conflict between rival government bodies in December and January.

It is no accident that Ukraine’s breakthrough contract for the Novavax vaccine was negotiated via Crown Agents, a UK-based company authorized by the Ukrainian government in January to handle procurement issues on behalf of Ukraine. The decision to outsource the procurement process came in response to a conflict between the Ukrainian Ministry of Health (MOH) with its own national drug procurement agency, the Medical Procurement Agency of Ukraine (MPU).

The MPU emerged in 2018 as a part of a broader reform plan aimed at reinventing Ukraine’s national medical procurement infrastructure. The creation of the MPU was a reaction to ineffective procurement schemes driven by the MOH that were plagued with corruption and had frequently led to failures in securing vital drugs for patients.

In 2015, the Ukrainian government halted the old procurement mechanism as part of an anti-corruption overhaul across the country’s healthcare sector. As a temporary measure, Ukraine outsourced all public procurement of drugs to international organizations, namely two UN agencies and Crown Agents of Britain.

Three years later, the MPU was unveiled as a cornerstone of Ukraine’s new national procurement infrastructure. This new agency was designed to take over the job from the international agencies. Ironically, it was created to replace the same Crown Agents company that is now once again playing a key role in the public procurement of Ukrainian medical supplies.

The failure of the 2018 reforms is a lesson in the difficulties of implementing fundamental changes in key areas of Ukrainian state expenditure where resistance within the system remains strong. The MPU initially demonstrated excellent results, ensuring not only corruption-free procurement but also substantial savings for the budget. However, this was insufficient to overcome opposition.

As 2020 drew to a close, MPU officials found themselves waiting for MOH authorization to begin COVID-19 vaccine procurement. This finally came on December 9, at a time when most of Ukraine's European peers had already signed contracts and were preparing for the first vaccine shipments to arrive.

Although the MOH provided no instructions on volumes or pricing ranges, the MPU immediately contacted 14 vaccine providers and initiated talks. In mid-December, negotiations began with the Serum Institute of India for the Novavax vaccine, and with a local distributor representing China’s Sinovac.

The Ministry of Health sought to keep these negotiations under its control. It began delaying procedures with the Serum Institute while accelerating the deal for the Chinese vaccines. This resulted in a small contract for 1.9 million doses of Sinovac vaccine on December 30.

It soon became clear that this contract was problematic. The vaccine's efficacy was around 50%, while the agreement stipulated a rate of at least 70%. Furthermore, the agreement was made at a price of USD 18 per dose. This seemed far too high in relative terms when compared to more advanced vaccines purchased by the EU, and was much more expensive than the publicly disclosed Serum price for Novavax of only 3 USD.

In early January, the Serum Institute notified the MPU that negotiations were under threat because of a long delay from the Ukrainian side. A return to the discredited scenario of ministry-controlled procurement was looming on the horizon.

By this point, the growing COVID vaccine conflict between the Health Ministry and Ukraine’s medical procurement agency was increasingly in the public eye. Coverage of the confrontation served to shed light on a series of similar clashes between the two.

In mid-January, the Cabinet of Ministers resolved Ukraine's vaccine supply tensions by returning to the temporary measures of 2015 and delegating the procurement task back to Britain’s Crown Agents. For the second time in just over five years, the involvement of international partners was necessary to rescue Ukraine’s medical procurement processes from corruption. However, on this occasion, the government's decision also served to prevent the country’s new anti-corruption procurement entity from doing its job.

Three weeks after this decision was announced, Crown Agents confirmed its first major vaccine contract for Ukraine. Crown Agents was able to reach agreement with the same Serum Institute that MPU officials first entered into negotiations with in December 2020.

Meanwhile, tensions between the Ministry of Health and MPU appear to have evolved into a frozen conflict. The ministry has already accused the agency of being ineffective and has initiated an audit into its activity.

As Ukraine prepares to finally begin its nationwide coronavirus vaccination program, further hostilities between the ministry and procurement agency are anticipated. There is still evidently considerable resistance from within the Ukrainian healthcare system to fundamental reform of the lucrative procurement system, and the battle looks set to continue for some time to come.

Pavlo Kovtoniuk is Head of the Health Economics Center at the Kyiv School of Economics. He previously served as Ukraine’s Deputy Minister of Health (2016-2019).

Image: Ukraine has finally secured the country's first sizable COVID-19 vaccine contract, but the fact that this depended on the role of Britain's Crown Agents has underlined Ukraine's ongoing procurement dysfunction. (REUTERS/Dado Ruvic)