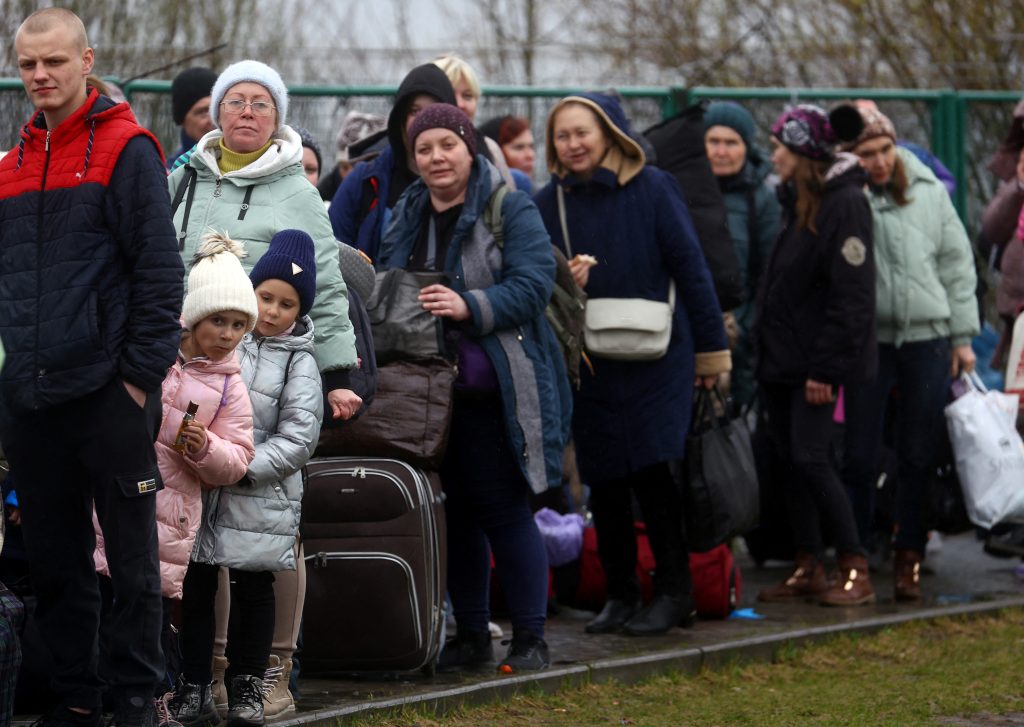 As the war in Ukraine approaches the two-month mark, the UN has reported that over five million Ukrainians have now fled the country, making it Europe’s biggest refugee crisis since World War II. Over half of these refugees have crossed the border into neighboring Poland. With no sign of an end to the conflict and more refugees expected amid a major new Russian offensive in eastern Ukraine, it is vital to scale up and improve the coordination of aid efforts at the border.

The current response in the border regions of Subcarpathia and Lublin is largely grassroots-based. Volunteers from a diverse set of local and international initiatives are doing an invaluable job of keeping refugees safe, warm and fed. Local mayors and government officials are providing infrastructure such as shelter, transportation, water and energy. Coordination is ad hoc and largely informal.

While most arrivals only remain in the border area for a matter of hours or a maximum of a few days, the sheer size of the influx is putting a serious strain on local capacities. The type of caretaking required in the border region also produces its very own set of challenges that local responders are often understaffed and underequipped to meet.

There are four key issues for the international community to address that can help improve the situation.

Firstly, it is vital to disburse funding promptly and locally. There currently appears to be a serious disconnect between those receiving funds and the people actually in the field. This is likely due to the heightened sense of urgency among those working day-to-day with refugees, while those at more of a distance are inclined to adopt a business as usual approach.

During the time it takes to push information about local needs up the ladder, field operations suffer shortages. Those on the front lines of the aid effort also have a clearer view of requirements and need the capacity to respond directly. It is therefore imperative to cut red tape and enable prompt disbursal of funding at the local level.

Second, international actors and organizations must also become active where local committees lack networks and institutional firepower. If given adequate funding to fill equipment and infrastructure gaps, local operations will likely be able to surmount immediate local challenges. However, there are systemic problems where international actors and organizations need to intervene and coordinate.

One such problem is evacuation and transportation. At present, this is taking place via a loosely connected pool of volunteers and Polish public servants, sometimes together with officials from receiving countries. A large share of refugees travel from reception centers to final destinations by private volunteer vehicles. There is no system in place to ensure their safe arrival at destination.

As the vast majority of refugees are women and children, this represents a blind spot that is vulnerable to exploitation by human traffickers and similar criminal groups. It is imperative to expand official transportation services and regulate volunteer travel options. For example, a system could be set up to oblige volunteer drivers to transport refugees to Red Cross offices that confirm safe arrival and the availability of local care.

Similarly, a more professional approach is necessary for the evacuation and relocation of highly vulnerable people such as unaccompanied minors, the elderly, and individuals with disabilities. At a minimum, a clear and easily operable Poland-wide scheme must be set up to handle such cases. Ideally, this system should cover relocation across Europe.

Thirdly, local responders need immediate staffing support at the national and international levels. As the war drags on, the number of volunteers available to local initiatives will decrease. Accordingly, important gaps will arise in unexpected ways, as the current lack of central coordination makes it difficult to know which tasks are critical and who fulfills them.

There is no doubt that key volunteer positions will eventually have to be filled by salaried staff and professionals. However, local government and senior local organizations such as the Polish Red Cross will not be able to fill these positions by themselves even if given adequate funding. This is largely due to conditions on the local labor market.

Fourth, International organizations in the field must interact better when setting up operations and realize their role in coordinating the international response. There is currently a systemic lack of coordination between actors in the field.

Field-based operations look to larger organizations such as the IOM, UNHCR, WHO and UNICEF for guidance. However, there appears to be a fair amount of dissonance between these organizations themselves when it comes to who plans to do what, where, when and with whom. This adds an unnecessary layer of complexity to local operations and distracts from the task of coordinating efforts, filling gaps in operations, and communicating with the international community.

Similarly, communication is currently unsatisfactory between local organizations active in the border region, those active in Ukraine, and the Polish and Ukrainian states. The same international actors should join forces in streamlining information flows to allow for more proactive and efficient operations.

At present, the fact that the crisis response is organic is both a blessing and a curse. Without it, this initial phase of population movement would have been catastrophic. Nevertheless, organic crisis responses are limited in scope and duration.

As the crisis moves forward, volunteers will tire and funds will run out. Shocks such as local disease outbreaks have already severely tested local capacities and may do so again. Significant surges in border crossings caused by the renewed Russian offensive in eastern Ukraine will challenge and possibly overrun current capacities. It is high time for the international community to act together towards the goal of creating synergies between the resources already in the field and those waiting for deployment.

Julian Vierlinger is a researcher and PhD Candidate at the European University Institute. For the last month he has been volunteering with the Polish Red Cross at the Ukrainian border.

Image: Ukrainian refugees wait in line to cross the Ukraine-Poland border after fleeing the Russian invasion of Ukraine, outside the border crossing checkpoint in Shehyni, Ukraine, March 31, 2022. (REUTERS/Hannah McKay)