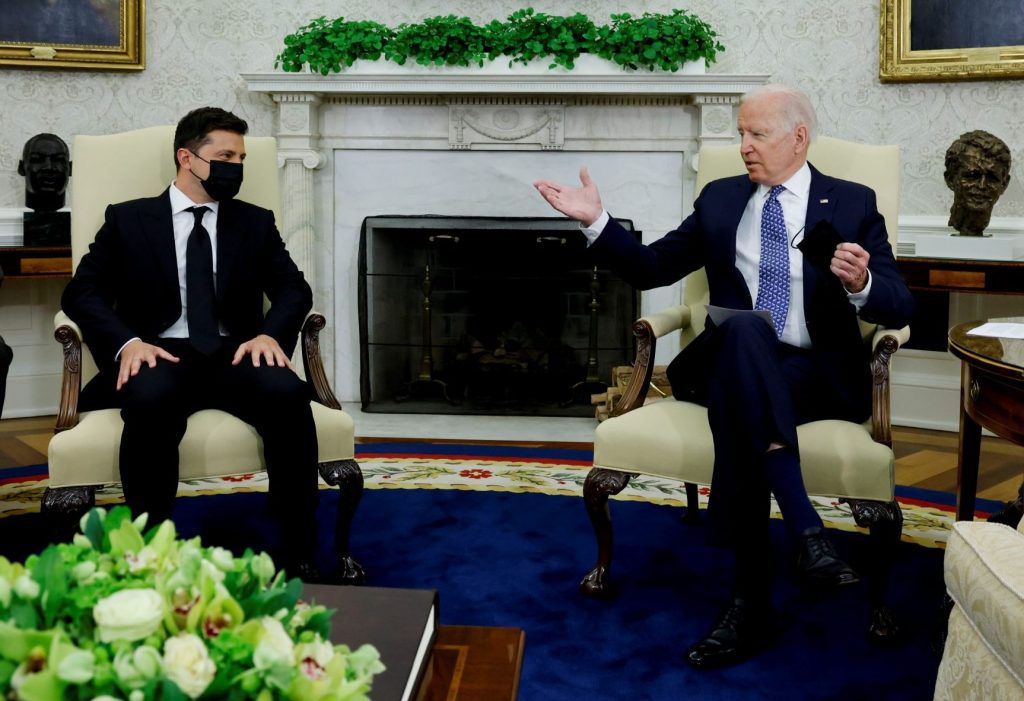 The credibility of the United States has been seriously damaged by the chaotic withdrawal from Afghanistan, but Washington can use new opportunities to re-engage and reassure its allies and partners. In particular, this applies to the Central European countries located between the Baltic and Black seas. It is in America’s national interest to help consolidate political systems based on the rule of law that can withstand internal corruption and external subversion. The September 1 visit of Ukraine’s President Volodymyr Zelenskyy to the White House and US President Joe Biden’s focus during the meeting on the importance of combating corruption can help propel such an initiative.

Ukraine faces numerous challenges to its statehood and security, stemming primarily from Moscow’s designs on its territory and the Kremlin’s intent to determine Kyiv’s international alliances. But the country is also destabilized by oligarchs and corrupt officials who benefit from weaknesses in the rule of law. This problem is firmly entrenched in modern Ukrainian society and was one of the key reasons behind political outsider Zelenskyy’s landslide presidential election victory in April 2019.

Corruption is a manifestation of much deeper structural problems, in which institutions are manipulated for private gain and the rule of law proves ineffective against informal political networks. Similar maladies are evident throughout the wider region and can be seen in NATO members like Latvia, Romania, and Bulgaria as well as more transitional states such as Moldova. This leaves them prone to Russian corruption, money laundering, and other tools of influence, which in turn undermine state integrity and weaken international alliances.

Latvia’s banking system has been a key component of massive Kremlin-linked money-laundering operations that have also encompassed Moldova and other Central European states. Corrupt political elites have been complicit in the ongoing judicial crisis by attacking journalists and stalling investigations of businesses and political figures. While appearing to make strides in combating corruption, Latvia has been accused of failing to address root causes. Instead, the authorities risk being sucked into a vortex of abuses that threatens to rebound negatively on the country’s stability and investment climate.

When building an effective legal system, Criminal procedures and the rules of evidence must be observed by law enforcement and local judiciaries. Otherwise, they will be abused in corrupt power struggles or by unscrupulous oligarchs and foreign actors. Legal experts have warned that attempts by prosecutors in Latvia to pursue criminal convictions in money laundering schemes have also come at the expense of violating the rule of law.

The head of Latvia’s Financial Investigation Agency, Ilze Znotina, was recorded instructing judges to “disregard evidence and witnesses” in the interest of an expedient trial. But despite the appearance of toughness in dealing with financial crime to the point of disregarding the constitution, Latvian courts recently acquitted two men allegedly involved in the country’s largest bribery scandal.

In other significant cases, the chairman of Latvia’s Central Bank was accused of bribery while various criminal groups reportedly used the port of Riga as a transit hub for illicit goods and money laundering. Several high-profile cases in Latvia are not being prosecuted, including a former Minister of Justice accused of bribery in state procurement. And bribery charges against a Latvian member of the European Central Bank’s governing council has forced reviews over the limits of immunity given to top EU officials.

Ukraine and Moldova are facing similar challenges with systemic judicial corruption and high-profile investigations that fail to produce convictions. Even though Ukraine has created a National Anti-Corruption Bureau, the American Chamber of Commerce reports that rule of law shortcomings and extensive corruption continue to dissuade potential investors.

Developing an effective strategy to counter corruption in Ukraine will also be extremely important in the development of the green energy sector, an area the US and Germany have committed to invest into. Meanwhile, Moldova is still recovering from a 2014 scandal in which the country lost approximately 12% of its GDP in a complex bank fraud scheme. And corruption scandals may force the Latvian government to pay back large amounts of EU funding and forfeit future allocations.

Even successful anti-corruption drives have been stymied by unscrupulous political networks. During her five-year term in the country’s anti-corruption agency, Romanian Prosecutor Laura Codruta Kovesi secured several convictions of mayors, lawmakers, and ministers across party lines. Her removal was the culmination of machinations by the then Social Democrat government to change judicial legislation and replace chief prosecutors.

Resolving these complex corruption-related issues requires a coordinated effort by local judiciaries and law enforcement working in tandem with their counterparts in the US and EU, who can provide technical support and training.

Rooting out institutional corruption and legal abuse is a protracted struggle that cannot be won overnight. But as citizens become increasingly frustrated with official abuses, reform candidates are winning elections amid protests demanding resignations for involvement in financial scandals. America’s reliability can be boosted by such non-partisan campaigns that not only strengthen democracy but can also reinforce international alliances against adversaries that benefit from corruption and illegality.

Image: The need to combat corruption in Ukraine was high on the agenda when US President Joe Biden hosted Ukrainian President Volodymyr Zelenskyy at the White House on September 1. (REUTERS/Jonathan Ernst)