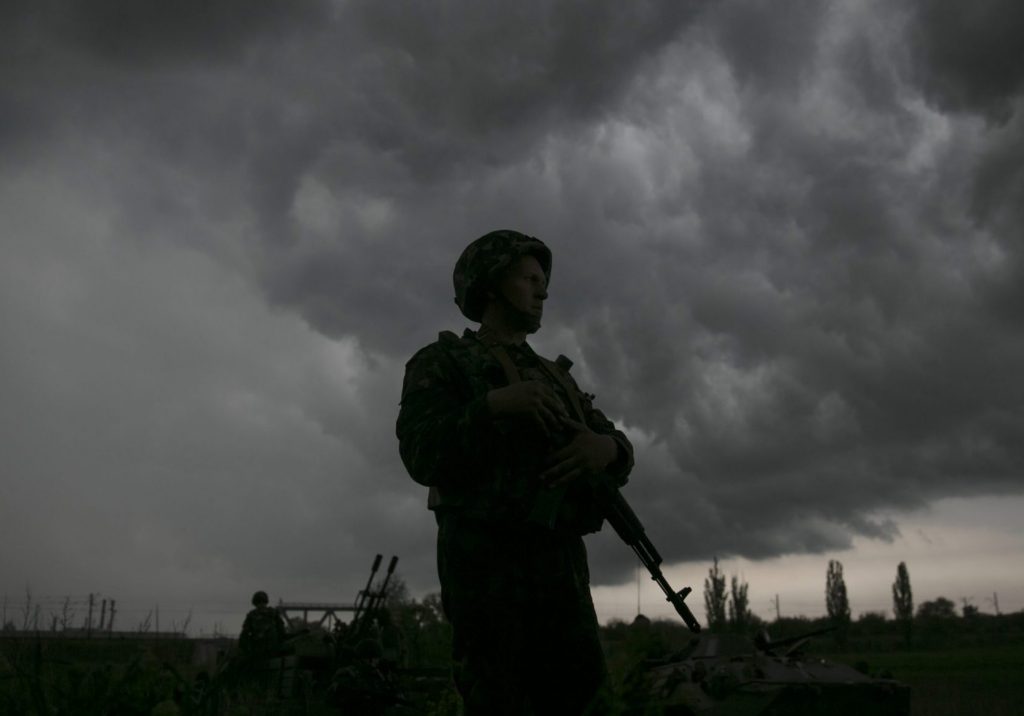 Pro-Russian candidates and parties achieved considerable success in eastern Ukraine during nationwide local elections held on October 25. In towns and cities throughout the region, Moscow-friendly political forces claimed the lion’s share of the vote and maintained their traditional dominance over the political landscape.

This result was widely expected. Despite the close proximity and heavy emotional toll of the six-year Russo-Ukrainian War, political loyalties in the region have changed little since the prewar era. Young voters remain deeply disillusioned and inclined to abstain, while the elderly electorate continues to dutifully back the kind of paternalistic pro-Russian parties that have long held sway in these parts.

Nowhere is the resilience of Ukraine’s pro-Russian vote more apparent than in Slovyansk. Six years ago, this city of a little over 100,000 people served as the initial focus of Kremlin efforts to spark a massive anti-Kyiv uprising throughout eastern and southern Ukraine. For three months beginning in April 2014, it was the de facto capital of Novorossiya (“New Russia”), the client state that Moscow intended to create from the ruins of independent Ukraine.

During the Russian occupation of Slovyansk, the city suffered an array of horrors including mass expropriation of businesses and property, arbitrary arrests and detentions, forced labor, torture, and executions. The nightmare finally ended in July 2014 when Ukrainian forces liberated Slovyansk. It has remained at peace ever since.

This experience has scarred the city in many ways, but it has made relatively little impact on the political landscape. A clear majority of local citizens still feel strong ties to Russia, while suspicion of Ukrainian political parties in Kyiv runs deep. These preferences were on display during the recent local election, which saw a pair of pro-Russian politicians make it through to this month’s runoff vote to choose the next mayor of Slovyansk.

The two candidates are incumbent mayor Vadim Lyakh (Opposition Bloc party) and his challenger Pavlo Prydvorov (Opposition Platform-For Life party). Prydvorov is the former secretary of Slovyansk City Council. He also served briefly as acting mayor in the immediate aftermath of the city’s liberation in 2014.

Both politicians attended Slovyansk City Council sessions at the time of the Kremlin takeover in spring and early summer 2014, and are accused of backing the creation of the so-called Donetsk People’s Republic. Neither has ever faced charges over their involvement in the Russian proxy regime that ruled the city during those fateful months.

This lack of criminal prosecutions is a common theme in the liberated parts of eastern Ukraine, where many local officials initially backed the Kremlin uprising but have since managed to remain in office by making themselves useful to the Ukrainian government in Kyiv. Lyakh was elected mayor of Slovyansk in 2015, while Prydvorov became a member of the city council at the same time.

Among the many local officials in eastern Ukraine who stand accused of supporting the Russian invasion of 2014, the most notorious is arguably former Slovyansk mayor Nelya Shtepa. In late 2014, she was charged with separatism and organizing a terrorist group. Shtepa spent three years in custody before being placed under house arrest in 2017. Six years on, her case is still in court, but she is no longer subject to any restrictions.

Shtepa has remained defiant throughout, and has sought to portray herself as something of a martyr. She even campaigned in the recent election to win her old job back, finishing third and narrowly missing out on a place in the coming head-to-head vote between the two front runners.

The dominance of pro-Russian politics in Slovyansk creates obvious challenges for the city’s considerable contingent of pro-Western residents and supporters of Ukraine’s European integration. Local activist Dmytro Braslavsky says most of Slovyansk’s European-leaning voters will now back current mayor Vadim Lyakh, who he calls “the lesser of two evils.”

Braslavsky believes voter apathy is one of the key obstacles faced by pro-Western politicians seeking to make inroads in eastern Ukraine, and claims few residents of Slovyansk appreciate the significance of local elections. This is especially true among younger demographics, he says.

“It is still very hard to explain to people that the municipal authorities are more important for everyday life in Slovyansk than either the president or parliament,” explains Braslavsky. “Young people in particular did not vote in the first round, and it is likely that turnout in the second round will be even lower. They could have made a difference if they had backed the more pro-Western candidate from the Servant of the People party. Instead, elderly voters have once again determined the outcome of an election in Slovyansk. No wonder we are still ruled by the same political class as before.”

Local ecological activist Kapitalina Pasikova shares many of Braslavsky’s concerns and admits to feeling depressed following the October 25 vote. She argues that a mood of resignation prevents Slovyansk residents from becoming engaged in efforts to bring about meaningful change, and points to local elections five years ago as a key turning point for many local people that crushed fledgling hopes of a new beginning. “When the city was first liberated in 2014, lots of activists initially emerged,” Pasikova recalls. “We believed this was our city. We felt it was up to us to make things better. But the 2015 local elections were devastating. Everything remained the same and all the old faces returned to power.”

Thirty-something Slovyansk resident Ksenia is wary of speaking publicly about the political climate in the city and asked not to use her full name. She claims the atmosphere is becoming increasingly uncomfortable for those who support Ukraine’s westwards geopolitical trajectory. “Many pro-European people are now looking to leave Slovyansk, and some would like to leave Ukraine entirely.”

Ksenia herself says she has no such plans, and would prefer to build a future in her home town. She was not at all surprised by the results of the recent local elections and favors a pragmatic approach, arguing that anyone planning to remain in Slovyansk must adapt to existing political realities rather than pinning their hopes on change. “I am certainly not waiting for any miracles from politicians,” she quips.

Despite the gloomy mood among many in Slovyansk’s pro-Western community, the political atmosphere in the city is not entirely unchanging. During his past five years in office, Mayor Lyakh has begun to tentatively embrace a number of more pro-European positions, according to political analyst and Slovyansk resident Denis Bigunov. This attempt to claim the middle ground makes perfect sense politically, says Bigunov. “Lyakh received around 30% of votes in the first round of the recent local elections, while the leading pro-Western candidate from the Servant of the People party secured almost 15%. By demonstrating that he does not intend to be a strictly pro-Russian politician, Lyakh hopes to gain pro-European votes in the second round while maintaining his traditional support base among pensioners.”

The advances made by Euro-friendly candidates during the recent local elections in Slovyansk are still far too modest to worry the city’s pro-Russian political heavyweights. Nevertheless, there are numerous similar signs of a gradual shift taking place across the region, beginning with President Zelenskyy’s remarkable performance in 2019’s presidential and parliamentary elections, and continuing in the stronger-than-expected recent showing in parts of eastern Ukraine by former president Petro Poroshenko’s European Solidarity party.

If this is evidence of a changing political landscape, it is taking place at near-glacial pace. In reality, it may take decades before the balance of power shifts decisively away from a political status quo rooted in traditional notions of strong ties with Russia.

This is only natural, says Bigunov. He argues that Slovyansk and other cities in eastern Ukraine lack the historical ties that bind much of central and western Ukraine to a broader European political culture. Instead, the far younger settlements of the east have known nothing but authoritarian rule for more than a century. Czarist autocracy was followed directly by Bolshevik totalitarianism. The eventual collapse of the Soviet Union then led to a new era of regional dominance by Viktor Yanukovych’s Party of Regions. Genuine democracy did not reach Slovyansk until summer 2014, when it arrived together with the Ukrainian Army.

Six years on, pro-Russian parties continue to dominate political affairs in the city, much as they do elsewhere in eastern Ukraine. However, the region’s pro-Western electorate is slowly finding its voice and gradually becoming a factor to be reckoned with in the electoral calculations of rival candidates. This is undermining the monopoly on power that once stifled public debate. A more pluralistic political culture is slowly taking shape, but pro-Russian parties will likely remain in the ascendancy for a long time to come.

Mykhaylo Shtekel is a journalist with Radio Svoboda.

Image: A Ukrainian soldier pictured close to the frontline of the Russo-Ukrainian War in eastern Ukraine. (REUTERS/Baz Ratner)