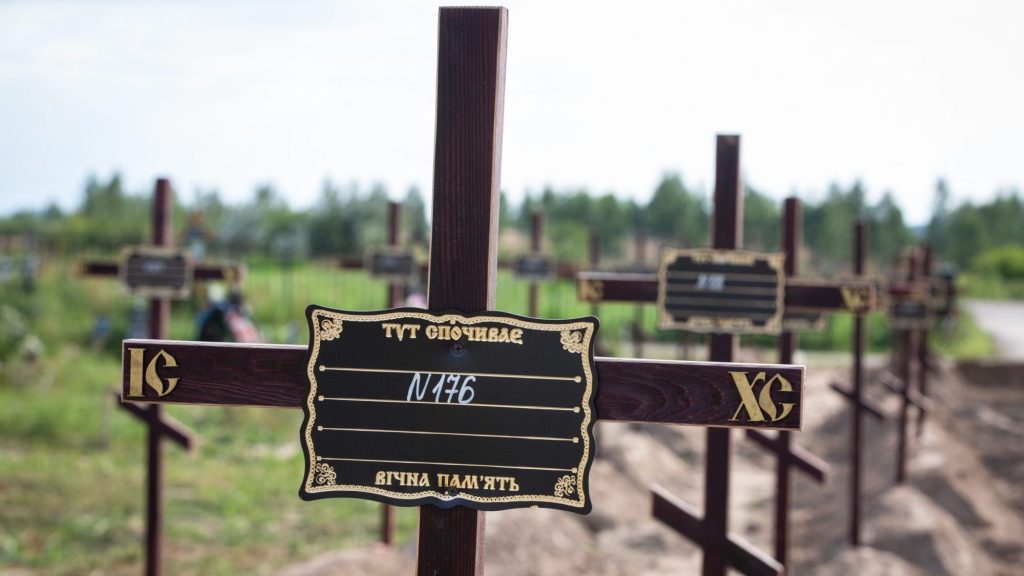 As the Russian invasion of Ukraine approaches the six-month mark, pressure is mounting on the Biden administration to designate Russia a state sponsor of terrorism. The move enjoys bipartisan backing in Congress and is seen by supporters as a proportionate response to mounting evidence of Russian war crimes in Ukraine. However, US Secretary of State Antony Blinken has expressed his reluctance to confirm the designation, while Moscow has warned that any such step would represent a diplomatic “point of no return” in relations between Russia and the United States.

Earlier this year, Democratic Senator Richard Blumenthal and Republican Senator Lindsey Graham introduced a bipartisan resolution calling on Blinken to designate Russia a state sponsor of terrorism. The Committee on Foreign Relations reviewed the resolution, which was then unanimously approved by the Senate. While the resolution was non-binding, it sent a message that Congress may take matters into its own hands if the State Department is unwilling to designate Russia.

The House of Representatives went a step further. Representatives Ted Lieu, Joe Wilson, Jared Golden, Adam Kinzinger, and Tom Malinowski introduced a bipartisan bill in late July to designate Russia a state sponsor of terrorism. Speaker of the House Nancy Pelosi backed the move, calling designation “long overdue.” The bill has bipartisan support in the House and there are strong indications it will be passed. It is also likely to receive Senate backing. It would then be up to US President Joe Biden to sign the bill into law.

There are a number of reasons why the Biden administration is hesitating to apply the state sponsor of terrorism designation to Russia. These include fears that the designation would have a negative impact on US partners and allies who continue to maintain significant business interests in Russia. Meanwhile, Blinken has downplayed the issue by suggesting that many of the sanctions connected to designation would duplicate measures already in place.

Opponents also warn that applying the state sponsor of terrorism designation to Russia would dramatically reduce the scope for future diplomatic engagement with Moscow. Kremlin officials have echoed these concerns. Speaking in early August, Russian Foreign Ministry North American Department director Alexander Darchiev commented, “If this legislative initiative is passed, it would mean that Washington would cross the point of no return, with the most serious collateral damage to bilateral diplomatic relations, up to their lowering or even breaking off entirely. The US side has been warned.”

Designating countries as state sponsors of terrorism is the responsibility of the US State Department and depends on whether the actions of the country in question meet US definitions of international terrorism. At present, only four countries are officially labelled by the United States as state sponsors of terrorism: Cuba, North Korea, Iran and Syria. Designation brings with it a series of new sanctions measures including bans on defense industry and dual use exports along with a range of financial and other restrictions.

There is little doubt that Russia would technically qualify as a state sponsor of terrorism. Since the invasion began on February 24, the Russian military’s war crimes in Ukraine have been widely documented and are currently subject to a number of ongoing international investigations. To date, six countries have joined Ukraine in formally recognizing Russia’s invasion as an act of genocide. Individual atrocities including the mass murder of civilians in Bucha and the bombing of civilian targets such as shopping malls and hospitals have helped fuel calls for Russia to be recognized as a state sponsor of terrorism.

Designation would have potentially painful consequences for Moscow and could create significant new barriers to Russian engagement with the outside world. As well as introducing additional restrictions on US economic interaction with Russia, it would also put pressure on international companies that are still conducting business in Russia. Additionally, individuals would be able to sue Russia in US courts.

The designation debate is clearly far from over. Critics insist the move risks damaging relationships with US allies and would further reduce the possibility of any constructive dialogue with Moscow. At the same time, there is also widespread awareness that current sanctions measures have failed to bring Russia to the negotiating table or end the slaughter in Ukraine. Meanwhile, Russian atrocities continue to mount with millions of Ukrainians in occupied regions of the country facing the threat of crimes against humanity on a daily basis.

Supporters say the time has now come to designate Russia a state sponsor of terrorism. They argue that this would send a necessarily powerful message to Moscow while also reducing the Kremlin’s ability to finance the invasion of Ukraine. If the State Department remains reluctant to take this step, Congress may attempt to do so.

Mark Temnycky is an accredited freelance journalist covering Eastern Europe and a nonresident fellow at the Atlantic Council’s Eurasia Center. He can be found on Twitter @MTemnycky.

Ukraine’s remarkably resilient response to Russia’s February 2022 invasion has highlighted the impressive nation-building progress made by the country since the chaotic early years of the post-Soviet era.

Image: Crosses with numbers on the graves of unidentified victims killed by Russian troops during the occupation of Bucha. (Photo by Oleksii Chumachenko / SOPA Images/Sipa USA)