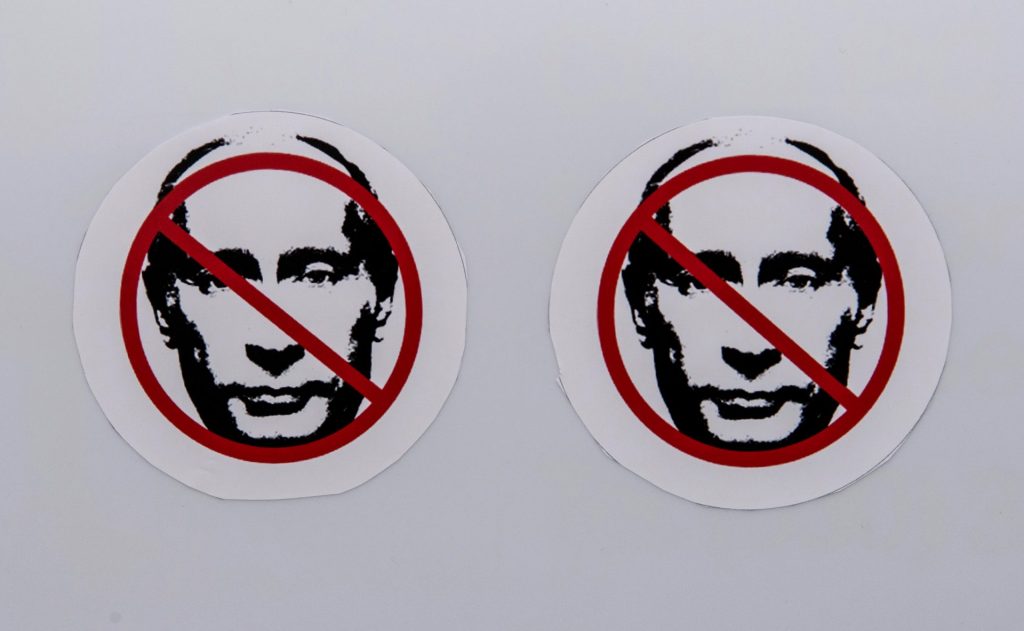 Vladimir Putin refuses to admit defeat in Ukraine. On September 21, he announced plans for a partial mobilization while also vowing to annex large swathes of Ukraine and threatening to defend his gains with nuclear weapons. This latest show of strength cannot disguise the grim realities of Putin’s rapidly unraveling invasion. Seven months after Russian tanks first crossed the border, his depleted and deeply demoralized army has ground to a halt and the military initiative has passed decisively to the advancing Ukrainians.

While it remains unclear exactly how the war will end, it is already painfully apparent that the invasion of Ukraine has been a disaster for Russia in general and for Putin personally. It has undone the progress achieved during Putin’s first decade in power and has ruthlessly exposed the many failures of his 22-year reign. Putin has long dreamed of securing his place among the titans of Russian history. Instead, he now looks destined to be remembered as one of the country’s worst rulers.

It is hard to overestimate the negative impact Putin has had on Russia and the wider international community. He has unleashed a series of unjustified wars and suppressed personal freedoms inside Russia itself; he has fostered a culture of xenophobia and cut Russians off from the developed world; he has stalled the Russian economy and ended the country’s modernization; and he has spread an information epidemic of fakes and falsehoods around the globe.

For Russians who dream of a return to imperial greatness, Putin’s biggest crime is his inept invasion of Ukraine. Russia is no stranger to humiliating military losses. In the past two centuries, four defeats stand out as particularly significant: the Crimean War (1853-56), the Russo-Japanese War (1904-05), World War I (1914-17), and the Afghanistan War (1979-88).

Encouragingly, all four defeats were followed by periods of liberalization. In the aftermath of the Crimean War, Czar Alexander II abolished serfdom throughout the Russian Empire. Defeat in the Russo-Japanese War led to the creation of the Duma, while Russia’s premature exit from World War I heralded the country’s first reasonably democratic elections. Meanwhile, the failure in Afghanistan was a significant factor in the collapse of the USSR. While pessimists predict that Putin will be followed by an even worse tyrant, the historical record suggests that military defeat is likely to lead to a relaxation of Russia’s authoritarian instincts.

It is difficult to see Putin surviving the war in Ukraine. The invasion he so recklessly ordered has devastated the Russian military and made his country a global pariah without achieving anything in return. The war has also led to a sharp deterioration on the domestic front. Echoing the worst excesses of Stalin and Hitler, Putin has normalized the genocide of Ukrainians and made it an everyday topic of discussion on Russian television. Meanwhile, as the excellent investigative journalists Andrei Soldatov and Irina Borogan have pointed out, his FSB security service has increasingly come to resemble the dreaded Soviet era NKVD.

Putin has had a highly negative impact on Russia’s international relations that goes far beyond the fallout from the invasion of Ukraine. His long record of broken promises and shameless dishonesty has made other world leaders increasingly wary of engaging. Some have persevered longer than others, but even the patient leaders of France and Germany appear to have now reached the conclusion that Putin’s words carry little weight.

The Russian ruler’s diminished status on the international stage was on display in Uzbekistan at the recent Shanghai Cooperation Organization summit. Putin was once notorious for keeping many of the world’s most prominent statesmen waiting. However, in Tashkent he was made to wait by the presidents of Azerbaijan and Kyrgyzstan. The only politicians who appear genuinely comfortable in his company are representatives of fellow pariah regimes such as Iran and North Korea.

Putin’s reign has also been bad for the Russian economy. During his first two presidential terms, lingering Gaidar-Yeltsin reforms and high energy prices created the false impression of sound economic management. This was an illusion. The Russian economy has stagnated since 2014 and is now sinking, with optimistic official forecasts predicting a six percent decline in 2022 and no recovery for a decade.

Russia’s unrivaled resource base is enough to make it the richest country on the planet. Instead, Putin has blocked modernization and left Russia completely dependent on the export of its natural resources. Even based on official figures, Russian real disposal income fell by ten percent between 2014 and 2020.

Rather than opening up the country and diversifying the economy, Putin has isolated Russia and scared away foreign businesses with his wars and his repressive domestic policies. This has led to a brain drain of Russia’s best minds, with official figures showing over 400,000 people leaving the country in the first half of 2022 alone. Many of those who vote with their feet are from the well-educated and entrepreneurial segments of society.

The only economic issue that seems to genuinely interest Putin is the wealth of his cronies and his family. He has made no effort to curb massive capital outflows from Russia, possibly because much of this outflow is linked to him or his allies. While salaries for ordinary Russians stagnate, members of Putin’s inner circle have acquired immense wealth. Although no official records exist, it has long been speculated that Putin himself is one of the world’s richest men.

The catastrophic consequences of Putin’s decision to invade Ukraine have helped cast an unforgiving light on the rest of his reign. He has caused enormous damage to the Russia while drastically undermining the country’s credibility in international affairs. Russia today is noticeably more isolated and less free than at the beginning of his rule over twenty years ago. It is a society trapped in a toxic vision of the past and openly hostile to much of the modern world. This is Putin’s legacy.

The one area where Putin has genuinely excelled is in the creation of a world-class propaganda machine. However, even this cannot disguise his shortcomings forever. If the war in Ukraine is indeed lost, it will only be a matter of time before the Russian public demands an end to the discredited Putin era.