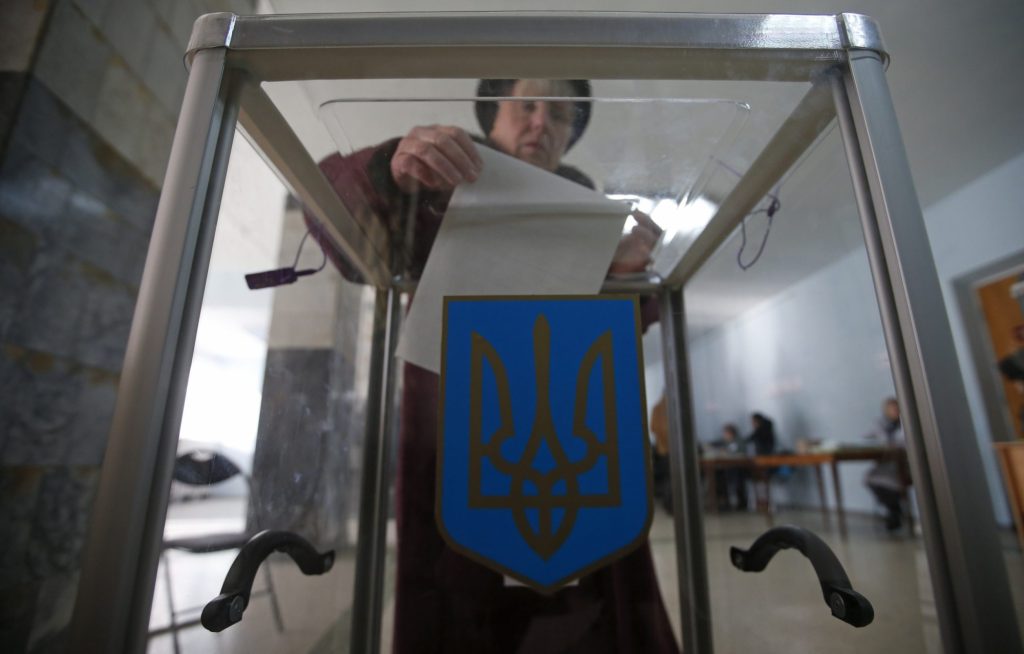 Russia’s full-scale invasion of Ukraine, punctuated recently by Ukrainian advances and Russian drone attacks on civilians and civilian infrastructure far beyond the front lines, is not only a criminal assault against a sovereign country, but against democracy everywhere. Ukraine is unfortunately no stranger to Russian aggression and occupation, but this has not stopped the nation from moving closer to the European family of democracies.

Ukraine has long been an example for democratic progress in the wider region. This is perhaps Vladimir Putin’s greatest fear, lest the autocrat’s own misruled people notice the consolidation of Ukrainian democracy and seek similar change inside Russia itself. As Ukraine’s armed forces continue to liberate the country, it is critical that Ukraine’s military success is buttressed by continued democratic progress.

The legacy of the current war will be determined by Ukraine’s and the international community’s ability to honor the sacrifices of those Ukrainians killed in the war by accelerating the nation’s democratic development. Post-war democratic progress must be multifaceted and include further advances on decentralization, political pluralism, freedom of the press, adherence to the rule of law, anti-corruption, human rights, and democratic elections. These efforts will be key to realizing Ukraine’s Euro-Atlantic ambitions and maintaining international support for critical economic and military assistance.

Ukraine has rarely been out of the news in recent years, but the headlines seldom show that the country has made significant democratic strides since the 2014 Revolution of Dignity. This was a watershed moment that drove Ukrainian President Viktor Yanukovych from power for his turn away from Ukraine’s European, democratic path.

Ukrainian democracy has advanced amid occupation and continued aggression by an authoritarian neighbor who fears that Ukraine’s progress will serve as a catalyst for similar demands inside Russia. Vladimir Putin sees democracy, human rights, the rule of law, and legitimate elections on his borders as existential threats to his own personal survival. Ukraine has come to embody all of these threats.

While Ukraine’s post-war democratic recovery and progress must indeed be multifaceted, one aspect will need particular attention: post-war elections. Competitive and honest elections are essential to democracies. For some nations, they are a means to a democratic transition. For others, they are a bellwether for the health of long-standing democratic traditions, systems, and institutions.

Ukraine’s most recent transitions of power, namely the parliamentary and presidential elections in 2019 and local elections in 2020, were regarded by international observation missions as demonstrating significant progress. Moreover, these elections and the electoral reforms that preceded them were recognized by the European Parliament, Freedom House, and the annual Democracy Index produced by The Economist as core indicators of the nation’s advancement. These achievements in political pluralism further enhanced Ukraine’s standing as an example of what is possible for the region and beyond.

While Ukraine should be commended, continued vigilance is essential to ensure that the nation can sustain and even expand its success after the war. Safeguarding, institutionalizing, and expanding Ukraine’s electoral progress is pivotal to realizing the nation’s Euro-Atlantic ambitions, and is a foundational prerequisite for all other democratic reforms. Progress in this area will strengthen international confidence in Ukraine and prove that democracy is sustainable even in wartime and during the post-war recovery period.

Ukraine must not only win the war, but also win the peace. The integrity of its post-war elections will be closely watched for a range of performance indicators such as whether lawmakers advance pending electoral reforms in a timely and inclusive manner. These reforms include enhancements to the unified election code, a new political party law, and restoration of political party financial reporting, a key condition that previously led to Ukraine-EU visa liberalization.

Attention will also be paid to the level of transparency and timeliness around transitions from military to civil administrations throughout Ukraine, and the development of a mechanism along with clear and objective criteria for canceling elections due to security concerns. Likewise, it will be crucial to make sure any restrictions on individuals and groups running in elections and joining election commissions are reasonable, objective, and timely.

Post-war Ukraine must maintain the positive progress achieved following the 2014 Revolution of Dignity. This includes guaranteeing stability within the country’s independent electoral institutions and making sure the election management body is able to complete its full term. New election technologies must prioritize integrity and security, while the enfranchisement of Ukraine’s internally and externally displaced communities will also be important.

Ukraine faces a torrent of elections in the post-war period. The road ahead will be arduous, but Ukraine must not go it alone. Ukraine has reminded the free world of who we are and what we believe in. It has also reminded us of what we must fight for and what we must fight against. To achieve an even stronger Europe based on the rule of law, human rights, and democratic values, Ukraine’s partners must redouble support not only for Ukraine’s military goals, but also its democratic ambitions. This increased support must happen now in order to lay strong foundations for continued democratic progress after victory.

Image: A woman casts a ballot during a parliamentary election at a polling station in Donetsk region, eastern Ukraine. October 26, 2014. (REUTERS/Maxim Zmeyev)