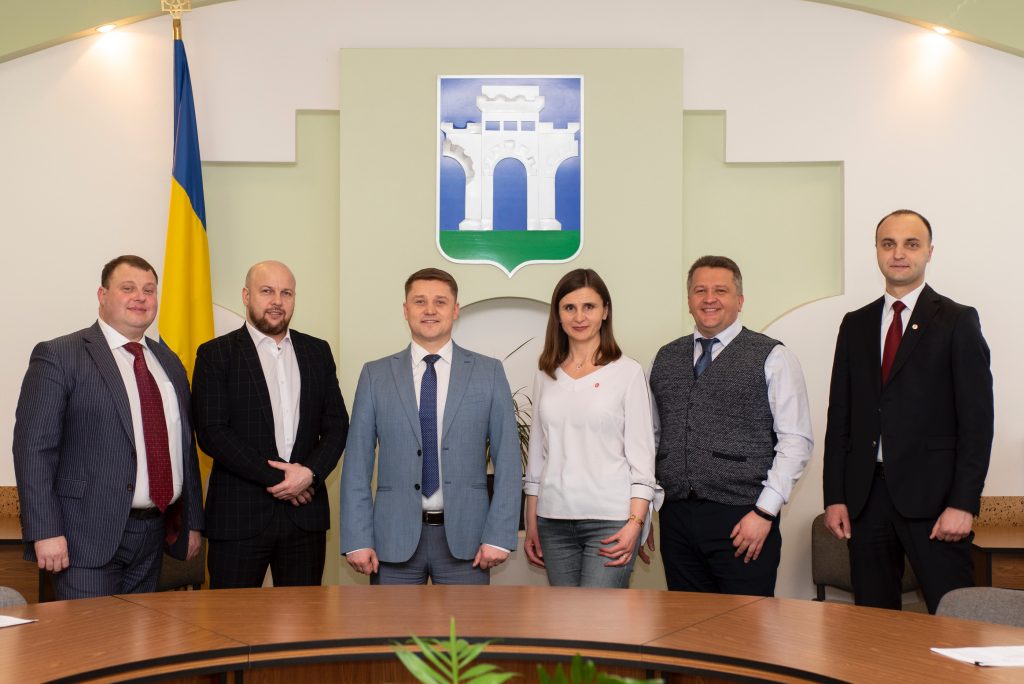 In November 2020, Rivne residents voted for a dramatic change in the local status quo by electing 34-year-old Oleksandr Tretyak as their new mayor. Despite polls showing him starting the election campaign in September with support levels of just 1.2%, the charismatic candidate managed to score an impressive victory.

Tretyak was the only candidate from former Ukrainian president Petro Poroshenko’s European Solidarity party to be elected mayor of a regional capital anywhere in Ukraine during the country’s late 2020 local elections. Supporters say he prevailed because he presented a credible vision of how to change the political climate and ensure the future of Rivne as a truly European city.

Winning an election against the odds is a significant feat, but it doesn’t answer the larger question of “can he govern?”

During his first 100 days in office, one of the young mayor’s priorities has been changing the local leadership. “People are policy” as the saying goes, and Tretyak immediately replaced all the city’s deputy mayors, some of whom had served for more than a decade.

Next, he formed a broad coalition to govern the city. This coalition includes his own European Solidarity party, along with Holos party and Rivne Together, a local party led by his main election opponent. Tretyak did not stop at including his main opponents in the new city coalition; he also tapped his mayoral opponent to serve as secretary of the city council, a position which yields much power at the local level in Ukrainian politics.

With the coronavirus pandemic showing no signs of abating, Rivne’s new mayor has already kept his election promise to establish a local oxygen generation station, which plays a crucial role in saving the lives of thousands of COVID-19 patients. Not only is the oxygen generation station one of the largest in the country, but it was established through coordination with the Rivne branch of the National Health Service of Ukraine. In other words, Tretyak appears to have succeeded in identifying practical solutions to maximize government efficiencies while using existing resources.

Until recently, the city was paying up to one million hryvnas per month to bring oxygen supplies from Lviv. This meant putting itself at the mercy of unpredictable roads, transportation problems, and bad winter weather. Meanwhile, further steps are being taken to improve local healthcare, ranging from creating a regional healthcare cluster to making Rivne one of Ukraine’s organ transplant centers.

Improving efficiencies in local government based on best practices is another area of change that the new mayor is attempting to bring to the city. Prior to Tretyak’s election, Rivne had been one of the few remaining Ukrainian oblast centers where separate city departments had yet to be established. Tretyak has since begun the modernization of city services through the introduction of designated departments to systematize the performance of municipal services.

Additionally, the mayor has created an advisory group of key experts in a range of different fields. To prevent corruption, Tretyak is working to adopt the best practices of other Ukrainian cities to install an anti-corruption unit which monitors city expenditures and identifies risks before they are allowed to take root. None of this is rocket science, but it is long overdue in this city of 250,000 residents close to Ukraine’s EU border.

Local government is not always about long-term strategies, of course. When a major snowstorm was forecast in February, Tretyak called an emergency Sunday meeting of key city officials to pull together available resources in order to ensure that the streets were cleared and navigable for traffic the following morning. The move contrasted sharply with parallel developments in Kyiv, which struggled with the heavy snowfall for days, and neighboring Lviv, where media praised the work of the Rivne mayor as a model of effective local government.

Tretyak’s first 100 days in office could well be summed up by the three key themes of “decentralization, dialog, and digitization.” Whether its yielding powers to newly created departments, engaging in dialog with experts and ordinary citizens alike, or forming a working group to digitize city services, Tretyak’s supporters say the new mayor is working hard to underline his democratic credentials.

In addition to revitalizing local services and boosting engagement with Rivne residents, Rivne’s new mayor also hopes to open up the city to the rest of Ukraine. Instead of being known primarily as a convenient stop-off on the route between Kyiv and Lviv, he wants Rivne to become a place all Ukrainians are eager to visit. Initially, his message is that the paradigm has changed and Rivne is now firmly on the path towards becoming a modern European city.

This is a potentially attractive message for Ukraine’s international partners and investors. If the city’s transformation gains ground, they may wish to explore local opportunities in more detail. Rivne already boasts attractive logistical connections to Kyiv and Lviv along with close proximity to the EU, while Ukraine’s post-2014 decentralization reforms mean that local government has a larger role than ever to play in many of the issues that matter most to investors.

At a time when Ukrainian audiences are once again becoming disillusioned with the direction of national politics, ambitious young local officials like Oleksandr Tretyak currently have an opportunity to make a name for themselves far away from the toxic political climate of Kyiv. If he is able to maintain the pace of his first 100 days, Rivne’s new mayor could be one to watch.

Image: 34-year-old Rivne Mayor Oleksandr Tretyak (pictured, center, with members of his municipal team) was elected in late 2020 in a vote that reflected a strong local appetite for political change in the western Ukrainian city.