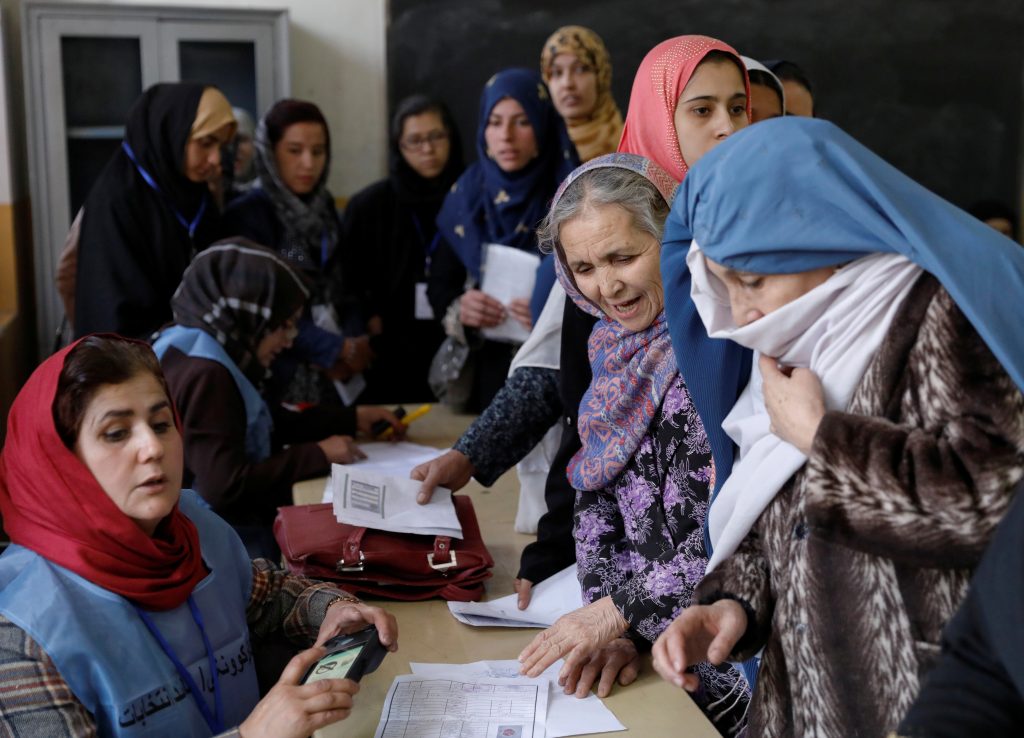 On June 24, 2021, the Atlantic Council’s South Asia Center and Afghanistan’s Mechanism for Inclusive Peace (AMIP) hosted a discussion on the importance of inclusivity in the Afghan peace process. This distinguished panel included Masood Karokhail, Director and Co-Founder of The Liason Office and Co-Director of AMIP; Mariam Safi, Founding Director of the Organization for Policy Research and Development Studies (DROPS) and Co-Director of AMIP; Sayed Hussain Anosh, Executive Director of Civil Society and Human Rights Network (CSHRN) and Member of the Steering Committee of AMIP; Lema Anwari, Core Member of Women’s Regional Network and Member of the Steering Committee of AMIP, and Dr Antje Herrberg, Senior Mediation Advisor at the European External Action Service. The discussion was moderated by Marika Theros, Senior non-resident fellow at the Atlantic Council’s South Asia Center.

Ms Mariam Safi described the work of Afghanistan Mechanism for Inclusive Peace (AMIP) in detail stating that the organization is an independent entity which began its work in the Spring of 2019. It was created by a consortium of Afghan Civil Society Organizations spearheaded by a steering committee of Civil Society actors, both from Kabul and other city centers, and aimed to fill the gap of making sure that critical analysis on important issues was shared with the peace negotiation parties including the Afghanistan government and the Taliban. AMIP also holds talks with both the Taliban and the Afghan government related to the role and representation of the civil society in the Afghan Peace talks to make sure that ordinary Afghan voices are heard at the negotiation table.

Through joint action plans, draft agreements, position papers, summaries of consultations, and expert witnesses, AMIP, the general assembly, and local presence make sure that they reach every part of Afghanistan including areas under Taliban control in order to streamline civil society perspectives into track 1. AMIP also works with various partner organizations including civil society and the media to facilitate and organize events that gather women, youth, minorities, religion scholars, and victims of war crimes to share their voices and get an inclusive representation at the negotiation table. As articulated by one of the participants from AMIP events, “A peace in which Afghans do not see their own reflection is one that will not be sustainable.”

Mr Masood Karokhail further mentioned that the stalemate with the peace talks and the rising insecurity and violence in Afghanistan–including targeted assassinations–posed a great challenge for civil societies to come together and work in a constructive manner to channel local voices. While Mr Karokhail is hesitantly optimistic that the peace talks will resume in Doha as both the Taliban and the Afghan government have agreed on the basic agenda for the talks, the imminent US withdrawal in September and the lack of a negotiated political settlement on the ground make the future look grim and uncertain. He pointed out that military operations on the ground directly impact negotiation in Doha.

Karokhail further iterated that the continuation of violence on the ground, regardless of who is committing it, is diminishing local hopes for a sustainable peace settlement and that there is an urgent need for a long-term ceasefire that would eventually pave the way for a political settlement.

The role of youth and women in the peace process

Lema Anwari then pointed out that despite Afghan women being the most affected in Afghanistan, they lack proper representation and are systematically excluded from  the peace talks with only four women representatives included in the negotiation team.. She emphasized that it is not only the Taliban who disregard Afghan women in mainstream political and social decisions, but also the male-dominated political and social system that have sidelined Afghan women. As Afghan women represent half of the Afghan population, Ms Anwari believes that they should be meaningfully included in the peace  and decision making process. In the last twenty years, Afghan women have built strong grassroot activism and movements with access to a large portion of the population, thereby equipping them with leverage to effectively contribute to and facilitate the peace process.

How does AMIP reach out to communities under Taliban control

Sayed Hussain Anosh described that there exists a big rural-urban gap and the lack of proper government institutions in the rural areas make it difficult for marginalized communities to access various services including education. Not having access to information is yet another challenge facing rural communities. This coupled with the lack of government presence in rural areas leave those communities with no choice but to live under Taliban control. He believes that the Taliban is effectively utilizing this vacuum to gain control over rural areas. According to the  AMIP surveys conducted among local minorities, more than fifty percent do not feel they are represented in the process. Minority groups are being targeted indiscriminately as evidenced by  the recent attack on Afghans girls school. Hence, Mr Anosh underscores that peace is only viable when conflicting parties listen to the public and include them in the proces.

Global perspective on inclusivity and the design for inclusive outcome

In the case of Afghanistan, Dr Herrberg urges us to  first identify whether the current process is really a peace process. She maintains that the peace mediation teams cannot practically ensure that every voice is heard, however, external independent mechanisms and structures like AMIP can ensure that voices are heard. First, structure and expert design ensures that inclucisity is part of the overall strategy. Second, empowerment which appreciates and gives opportunity for voices to be heard including bringing testimonies and not just criticizing. Third, giving legitimacy and a mandate to an organization that facilitates the negotiation process such as AMIP. Four, giving value and proper recognition within the structure. The last aspect is the provision of funding and resources that will help execute these efforts more effectively.

Amid the uncertainties facing the peace process in Afghanistan, organizations like AMIP play a crucial role in ensuring that the voices of those most affected–including women, youth, and minorities–are properly channelled and heard at the negotiation table.

Fahim Ahmad is a project assistant at the Atlantic Council’s South Asia Center.

The Afghanistan Mechanism for Inclusive Peace (AMIP) is an open, accessible, Afghan-driven mechanism that will provide a structured, neutral and non-partisan way for the Afghan public to play an active and central role in building a significantly more inclusive peace process and peace.

Webinar: The importance of inclusivity in the Afghan peace process

The Atlantic Council’s South Asia Center and the Afghanistan Mechanism for Inclusive Peace (AMIP) host a conversation on the importance of an inclusive peace process in Afghanistan that truly reflects the people whom it represents.