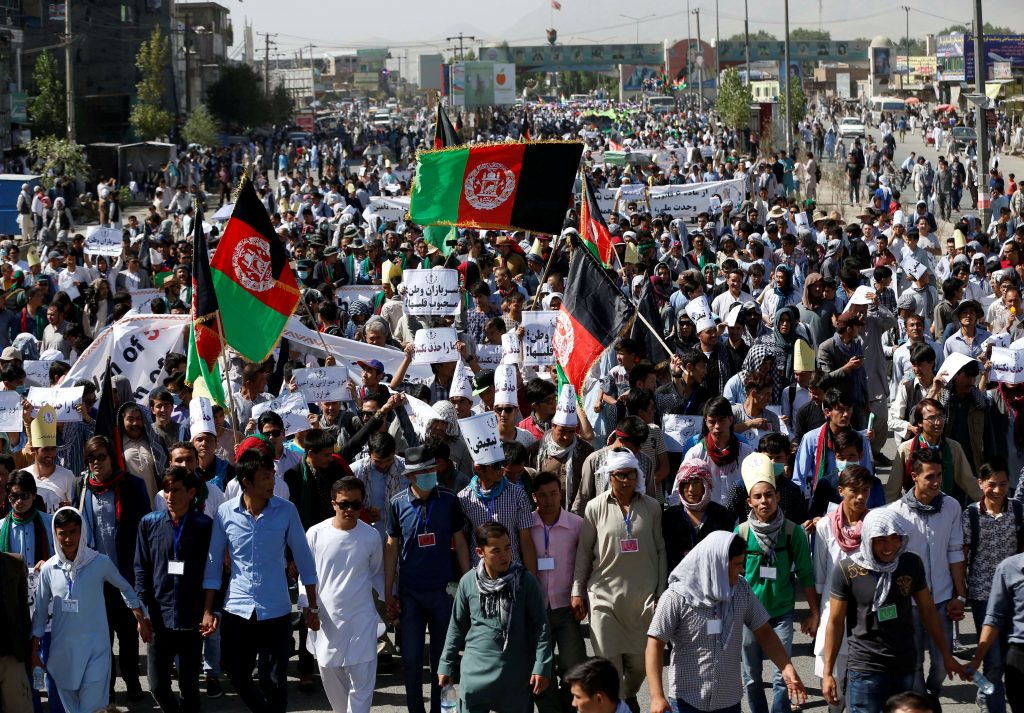 With the Biden administration intent on accelerating the Afghan peace process, the discourse on peace in Afghanistan has devolved into an exclusive focus on troop numbers, timeframes, and American face-saving. In this context, the understanding of peace is thin and tenuous, referring more to events unfolding in Kabul, Doha, and Washington than on sustained deliberation and difficult compromises. While disjointed conversations about representation flare up occasionally, the conceptual core of the peacebuilding endeavor—and what it demands in practice from both Afghans and the international community—has been obscured, pushing out of view the crucial questions of what peace necessitates, and, importantly, what negates it.

In his reflection on ‘conceptual overreach’, philosopher John Tasioulas emphasizes how important it is to maintain the integrity of the concepts we use for public reason. When ideas that are key to the functioning of moral orders—like human rights and the rule of law—expand to absorb demands which are extraneous to them, they become conceptually distorted. The resulting confusion spills into the practices that these concepts inform, including collective decision-making on issues of common concern.

In the high-stakes context of Afghanistan, the notion of conceptual overreach helps us understand the flaws in the peace process. The haste-driven American approach contradicts both the conceptual integrity of peace and its inner logic. If we are genuine in our pursuit of a durable peace, this distinct conceptual core is something we cannot afford to ignore. Indeed, in rushing the process and insisting on an expedited time plan, the idea of peace is not just being compelled to absorb what is actually contradictory to it, but haste, and the way in which haste a priori empowers Taliban and disempowers the government, is so contradictory to the logic of peace that it forces it to encompass, in its own name, the beginnings of further destabilization.

A peace as just as the war has been unjust

Afghanistan teaches me every day about the core or inner logic of peace. It teaches me that a nation mends at its own pace. That when societal convulsions splinter a political order, its reassembly will follow a rhythm of its own. Arbitrary timetables to accommodate external electoral calendars or attempts at ‘jumpstarting’ intra-Afghan peace talks go against this fundamental inner logic and pose a very real risk of destabilization.

Looking at the restoration of a political order from a needs-based practical perspective, it is easy to see why this is the case. State failure is the result of multiple, interlocking precipitants and causes that create a long pathway of collapse. Our pursuit of peace then must be the process—or rather, the processes—of coming to terms with and resolving each of these. This is an arduous retracing of mistakes, to arrive not at the pre-conflict situation whose properties led to conflict, but at the beginnings of a just political order wherein these are being productively resolved.

This process demands that gains in justice from peace not only be proportionate to the injustices inflicted by war, but that protections against reversals be locked into place. It follows, then, that progress towards peace will be determined by more than just the degree to which the Afghan government and the Taliban can politically accommodate one another because it goes beyond the hypothetical of a positive-sum midpoint agreeable to both warring parties. The fight with the Taliban is not the only factor that has hindered the emergence of peace. Alongside the war, Afghanistan’s two-decades-long labored transition to democratic governance has also been riven by deep social fissures stemming from the inter-ethnic convulsions of the civil war in the 1990s. The difficult task of mending wounds, repairing distrust, and bridging divides among ethnic groups in the country is one that remains unfinished.

This clearly reflects the key difficulty at the core of the peacebuilding endeavor. For Afghans, the most intractable challenge in this process is posed to our political imagination. Just like war, peace begins in our individual interior worlds. Building peace requires us to look inwards and is predicated on openness towards competing narratives, tensions, dilemmas and differences of opinion, as well as the humility to recognize that our fields of vision are limited. Only once we are capable of doing this can enmity be transformed into understanding; only then can the redress of generational wounds take effect and a just order begin to take shape.

The difficulty of achieving this internal transformation points us very clearly to what peace requires: time. The pursuit of peace requires time because it is an extraordinarily difficult effort at civic reimagining and forgiveness, a process of trial and error, frequent setbacks, and slow progress. And though it unfolds with difficulty across several levels—between warring parties, in the structures of a nascent state, between state and society—none is as difficult as the level of the individual.

Foreshortening the peace process contradicts the logic of peace

Attempts at foreshortening the time required for productive peacebuilding risk a breakdown in talks and a resumption of full-scale violence. The United States will not be able to “expedite”, “accelerate”, or “jumpstart” peace efforts without degrading the conceptual integrity of peace itself. Not only will an insistence on quick fixes be ineffective as far as the cessation of active conflict goes—why would haste quicken the identification of a positive-sum midpoint agreeable to both—it also threatens the broader societal endeavor of securing a just peace in Afghanistan.

The United States must realize that securing a peace as just as the Afghan war has been unjust will require time. Degrading the conceptual integrity of peace has meant a dilution of the moral force behind the peace process. When this is the clear effect of the US approach to the peace process, through its prioritizing timelines over progress, how can the Taliban be expected to engage on a good faith basis? The uptick in violence following the 29 February 2020 US-Taliban deal plainly shows how Washington’s preference to rush through the peace process disincentivized the Taliban from making concessions. What will the Taliban be emboldened to do as the 11 September 2021 troop withdrawal nears?

Muska Dastageer is an anti-corruption expert, a lecturer of peace and conflict resolution, political theory, and gender studies at the American University of Afghanistan (AUAF) in Kabul, Afghanistan, and an expert advisor on the Atlantic Council’s Strategic Dialogues on Afghanistan.

Event recap: “Whose voices count on Afghanistan? The politics of knowledge production”

On April 1, 2021, the Atlantic Council’s South Asia Center hosted an event on the politics of knowledge production in Afghanistan and how we can make the policy space more representative and reflective of the peoples, histories, and realities on the ground.