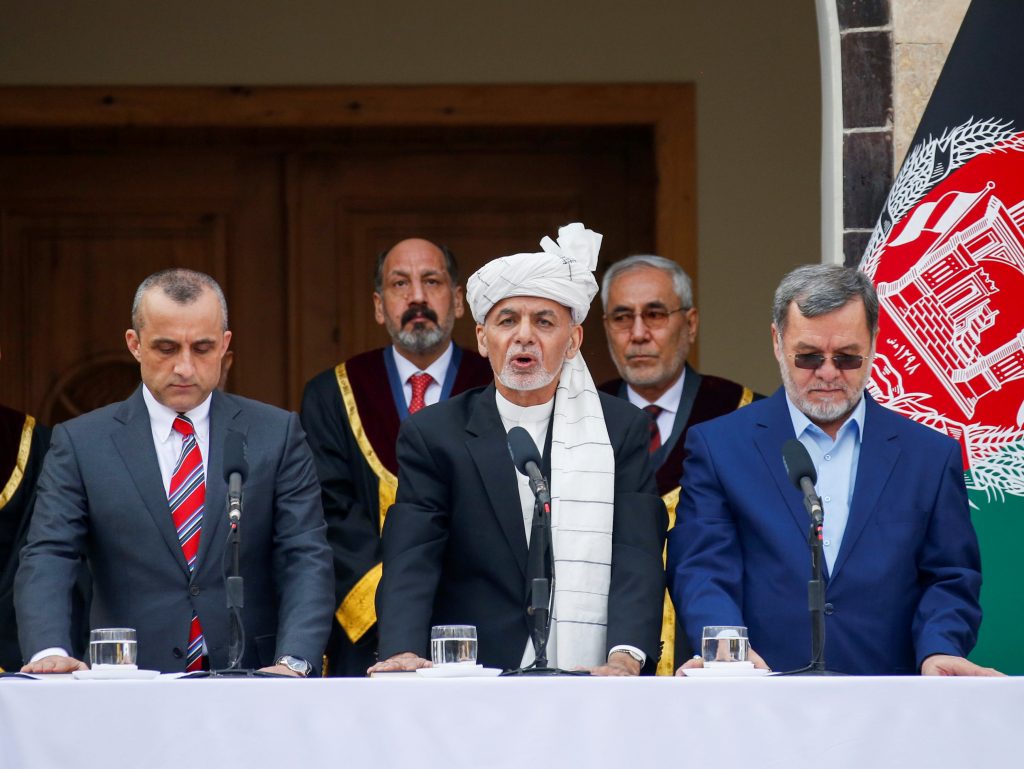 In a testimony to the House Foreign Affairs Committee on April 27, Special Representative for Afghanistan Reconciliation Zalmay Khalilzad said, “I personally believe that the statements that [Afghan] forces will disintegrate and the Talibs will take over in short order are mistaken.” While this statement offers a breath of much-needed optimism, a fracturing Afghan leadership threatens to undermine President Ghani’s government at the negotiating table and in a post-peace settlement Afghanistan.

Outwardly, political players in Kabul present a united front and show support for a transitional government, yet internal dynamics paint a different picture: over half a dozen peace plans with different visions are circulating and a bitter rivalry between President Ghani and Chairman of the High Council for National Reconciliation Dr Abdullah Abdullah may jeopardize Afghan interests. As the Taliban continue to expand influence and challenge the government’s authority, achieving unity is critical to ensure peace post-US withdrawal.

This event was hosted by the Atlantic Council’s South Asia Center on Tuesday, June 1 at 10:00 AM EST / 6:30 PM AFT for a conversation about developments in Kabul related to the ongoing peace process. The program was joined by former Afghan Minister of the Economy and current Special Representative & Senior Advisor at the High Council for National Reconciliation Dr M. Mustafa Mastoor as well as South Asia Center non-resident senior fellows Ambassador Omar Samad and Dr Nilofar Sakhi.

The Atlantic Council’s South Asia Center and Eurasia Center, in partnership with Radio Free Europe/Radio Liberty, host a conversation about Russian and Iranian perspectives on the Afghan peace process.