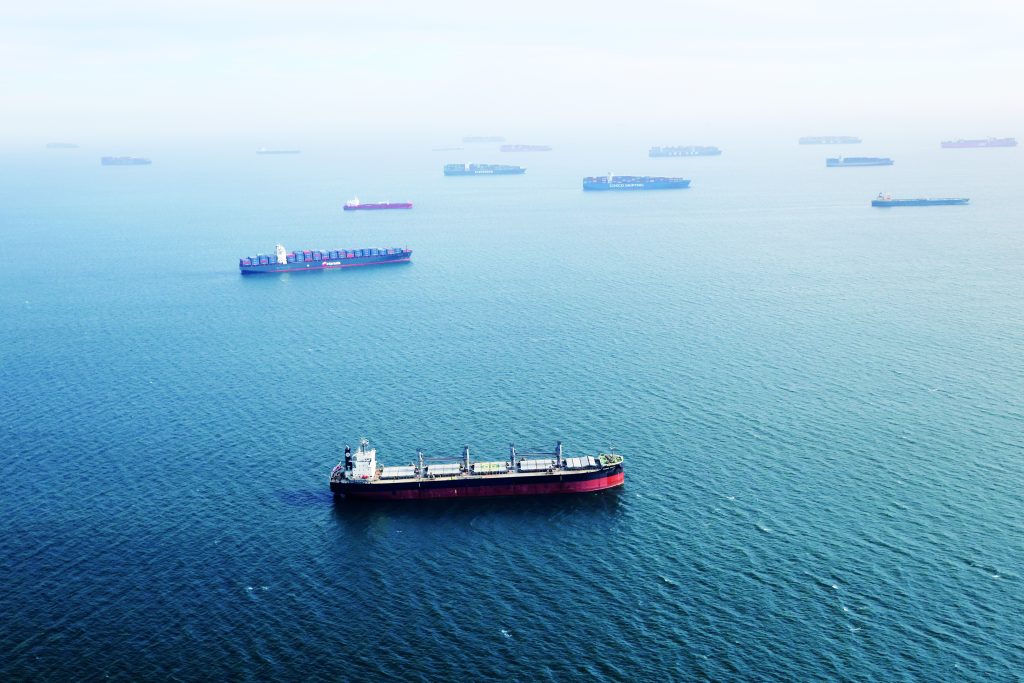 The GeoEconomics Center works at the intersection of economics, finance, and foreign policy with the goal of helping shape a better global economic future.

The GeoEconomics Center develops a rich set of programs, publications, and thought leadership at the intersection of finance, economics, and foreign policy. The center aims to bridge the divide between these oft-siloed sectors with the goal of helping to shape a better global economic future. As the global economy struggles to recover from COVID-19 and rising powers like China assert economic influence, this mission is critical to the long-term prosperity of the United States. The center is organized around three pillars:

“The United States must lead with allies or risk becoming a bystander in a reshaped international economic system.”

In 2021, the GeoEconomics Center made major advances in existing work areas while also launching new and innovative projects. The center redesigned and relaunched its digital currency tracker, which has become one of the Atlantic Council’s most viewed pages and was cited by New York Times Columnist Andrew Ross Sorkin in an interview with US Treasury Secretary Janet Yellen in February 2021. The center created a private Central Bank Digital Currency (CBDC) roundtable series, bringing together representatives from over eighteen central banks with private sector experts and policymakers. This work led to a series of private briefings for the Biden administration and members of Congress, as well as public testimony before the House Financial Services Committee.

The center also hosted a series of high-level AC Front Page events, including a visit by National Economic Council Director Brian Deese to outline the administration’s vision on industrial policy. Deese was followed by Director-General of the World Trade Organization Dr. Ngozi Okonjo-Iweala, making the GeoEconomics Center the first platform in Washington to host either of these speakers.

The center also launched two major initiatives in 2021. Through a partnership with Rhodium Group, it elevated its work on China via the multiyear China Pathfinder project. An inaugural report, new data visualization hub, and associated content have created a body of work designed to rigorously compare China’s economy with leading open-market countries.

On December 1, 2021, the center unveiled economic statecraft as a standalone initiative with two foundational papers on the use of economic and financial tools in US security policy. The “Regulatory Policy in Foreign Affairs” roundtable series is housed within the Economic Statecraft Initiative and draws together hundreds of participants to discuss how regulation functions as an arm of national security. A key component of the initiative’s body of research is the Global Sanctions Dashboard, a tracker built on a proprietary dataset to track and visualize sanctions designations and delistings of entities and individuals across the globe. Since Russia’s invasion of Ukraine, it has become a major source used in countless articles and reports. Overall, the crisis has highlighted the prominence of economic statecraft and speaks to the importance of having an economic statecraft initiative.

In 2022, the center will build on the impactful work it has done across its three pillars while also undertaking three new flagship convenings. In April, it will inaugurate a conference in London highlighting the United Kingdom’s competitiveness in global finance. Come July, it will host a convening in Frankfurt on transatlantic economic cooperation, and in October it will launch a Bretton Woods 2.0 Project to rethink the Bretton Woods institutions and the World Trade Organization from the ground up. These in-person convenings and major research publications have made the GeoEconomics Center the go-to place for understanding the intersection of finance and foreign policy.

Much of the GeoTech Center’s work in the first half of 2021 focused on readying and launching the bipartisan Report of the Commission on the Geopolitical Impacts of New Technologies and Data for the White House.