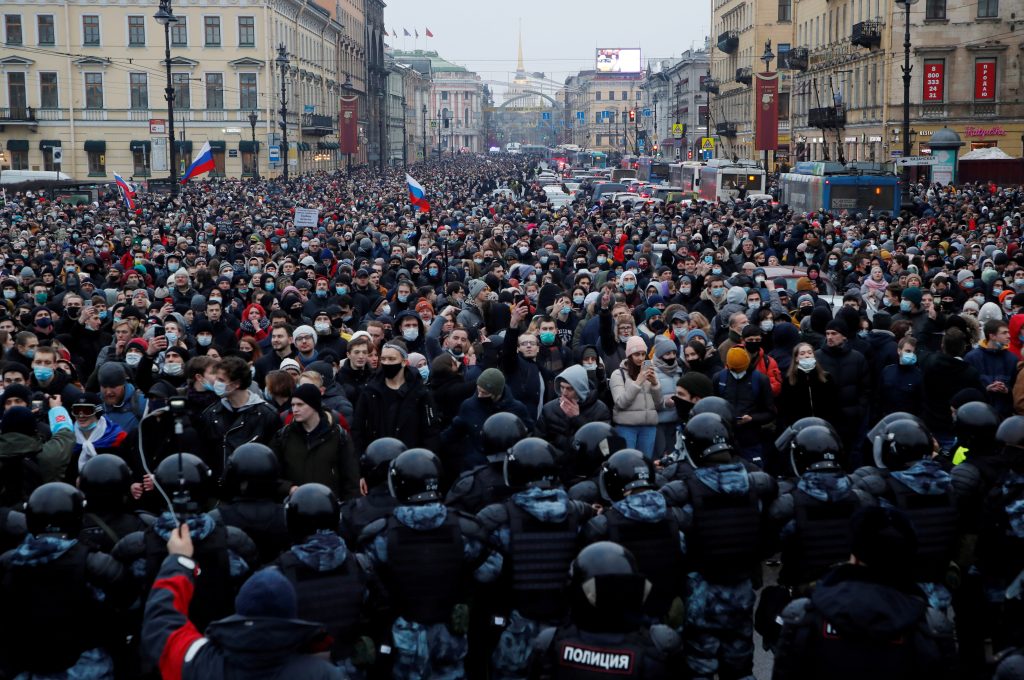 As Russian President Vladimir Putin continues to escalate his brutal war against Ukraine, we are witnessing both the largest mobilization of military forces and the fastest growing refugee crisis in Europe since World War II. We mourn the reckless and unnecessary loss of life as Ukrainians defend their country, made up of people who only want peace, stability, and the right to decide their future.

Even before the Russian invasion, we were entering the third calendar year of the COVID-19 pandemic and its accompanying economic, societal, and political dislocations. Rising food and energy prices have brought US inflation to forty-year highs. In poorer countries, food shortages are threatening starvation. Afghanistan’s fall to the Taliban following US military withdrawal last August raised doubts among our friends about Washington’s competence and commitment, while encouraging adversaries to test our resolve. Iran continues to increase its level of uranium enrichment, nearing nuclear-weapons breakout and posing new security dangers in the Middle East.

These developments and more present President Joe Biden with the toughest international landscape that any US commander in chief has faced since the Cold War’s end. Further complicating the picture, American domestic politics remains polarized ahead of this year’s midterm elections and public support for sustained US global engagement remains uncertain.

It is with that as context that the Atlantic Council enters its seventh decade of operations. As is evident in the pages that follow, we believe this situation—one of increased institutional health and heightened global volatility—demands that we lift our ambitions even further in keeping with the nonpartisan, results-oriented, values-led mission to advance freedom, prosperity, and international common cause that has characterized our work since our founding.

Looking back to when the Atlantic Council was born in December of 1961, it was far from certain whether the United States would have the military capability, political will, or international staying power to heed the lessons of Europe’s tragic recent history and mold the post-World War II era alongside its new NATO allies.

The Soviet Union and its East German pawns had constructed the Berlin Wall just four months earlier in August 1961, graphically dividing the world into free and unfree spheres. The Cuban Missile Crisis several months later in October 1962 would bring the Cold War the closest it would come to nuclear war. Yet the Berlin Wall fell less than three decades later in November of 1989, followed shortly thereafter by the Soviet Union’s implosion, marking the peaceful conclusion of the Cold War.

It might seem inevitable today that the Cold War ended as it did, ushering in an era that would advance democracy and open markets in unprecedented ways. Yet the outcome was only possible due to relatively consistent, principled, and self-confident American leadership alongside allies united in common cause. It was that determination that produced the decisive deterrent power of military strength, the magnetic example of democratic societies and open economies, and the attractive model of shared engagement in new transatlantic and international institutions.

Everything that the United States and its partners achieved in the years after World War II is at risk. Putin’s February 24 invasion of Ukraine has initiated a war targeting not only the country’s civilians and sovereignty, but also the freedoms and values that the Atlantic Council was established to defend. The invasion at its core is a threat to the foundational principles of democracy itself.

“Those principles, established in the wake of two world wars and a cold war,” said US Secretary of State Antony Blinken in Berlin in January 2022, “reject the right of one country to change the borders of another by force; to dictate to another the policies it pursues or the choices it makes, including with whom to associate; or to exert a sphere of influence that would subjugate sovereign neighbors to its will.

“To allow Russia to violate those principles with impunity would drag us all back to a much more dangerous and unstable time,” Blinken continued. “It would also send a message to others around the world that these principles are expendable, and that, too, would have catastrophic results.”

The Atlantic Council has demonstrated its strengths through two years of operating mostly remotely in this difficult environment. We have profited from our dynamic, innovative, and solutions-oriented culture and the commitment of our team and board to our mission.

What faces the Atlantic Council, and the United States and its partners as well, is nothing less than the fourth chance to shape the world order since the beginning of the twentieth century.

The first effort after World War I, which came in the form of the Treaty of Versailles and the League of Nations, tragically failed. Instead of order, the world got European fascism, US isolationism, a global economic crisis, and millions of deaths from the Holocaust and World War II.

Following World War II, the United States and its partners were dramatically more successful, building what became known as “the liberal international order” through the Marshall Plan and new multilateral institutions such as the United Nations, the World Bank, the International Monetary Fund, NATO, the European Coal and Steel Community, and others.

The third effort came after the West’s Cold War triumph. European democracies emerged or were restored, NATO was enlarged, the European Union was expanded, and it seemed for a time that the rules, practices, and institutions developed after World War II could encompass and steer an expanded international order. Even China embraced and profited from this order.

The question now is whether the United States and its international partners can leverage Putin’s challenge in Ukraine to reverse the erosion of what Henry Kissinger, in his book World Order, called “an inexorably expanding cooperative order of states observing common rules and norms, embracing liberal economic systems, forswearing territorial conquest, respecting national sovereignty and adopting participatory and democratic systems of government.”

“As then, we ought not wait for a new normal. We should begin to shape a better future today.”

As US Treasury Secretary Janet Yellen argued during a landmark address at the Atlantic Council this spring, there is an important lesson in the fact that the Bretton Woods international financial institutions were created while World War II was still raging: Even amid global crises such as the pandemic and Russia’s war in Ukraine, world leaders must “think big,” she said.

Indeed, there is no more urgent time to do so. “As then, we ought not wait for a new normal,” Yellen declared. “We should begin to shape a better future today.”

Yet to shape the future world order, the United States, Europe, and our global friends and allies first need to reverse the trajectory of Western and democratic decline—which should begin with helping avert Russian domination of Ukraine. The Atlantic Council will be at the forefront of these efforts, through the work of our fifteen programs and centers acting collaboratively and alongside partners and allies. We together face a defining moment of history, and we will do our part to shape a better future and deliver on our founding purpose.