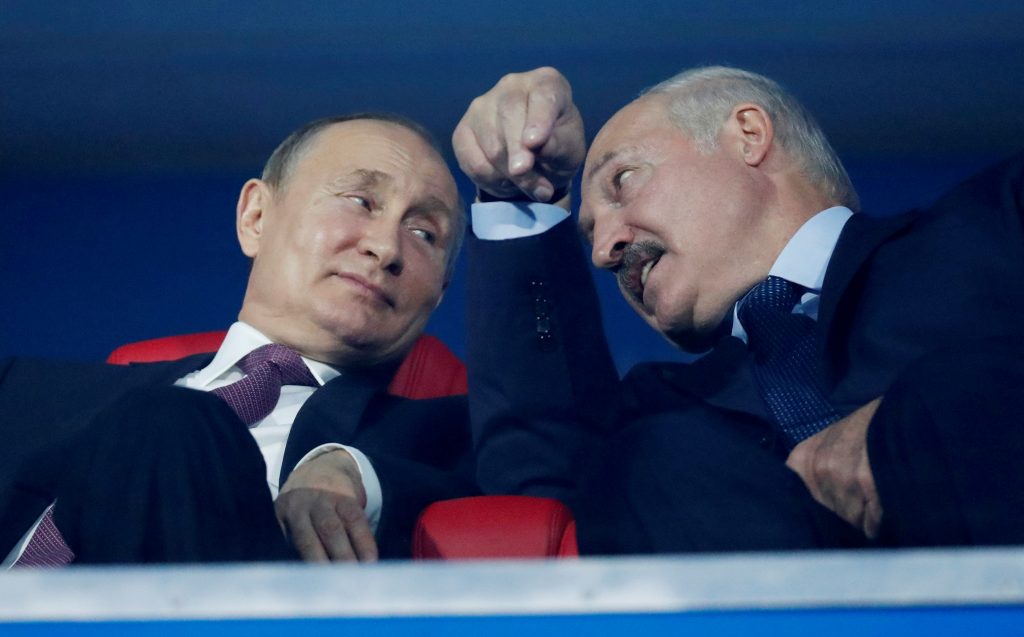 From 2001 to 2004, I was the senior American official to visit Belarus. The United States and European Union were thoroughly dissatisfied with President Alyaksandr Lukashenka’s authoritarianism, and US policy mandated that no official higher than a deputy assistant secretary travel to Minsk. EU officials and EU member states observed comparable restrictions.

Washington had no particular geopolitical interest in Belarus, and trade was minimal. During my first visit in February 2002, the primary objective was to persuade the Belarusian government to ease up on repression, respect human rights, and allow a bit more political space. We presented Belarusian officials two lists. List A enumerated actions the US government wanted Belarus to take; List B laid out steps that Washington could take to improve bilateral relations. We told our counterparts that if they indicated what things from List A they would do to improve human rights and the political atmosphere, we would tell them what actions from List B the United States would take in response.

The Belarusians gave us nothing.

My second visit to Minsk came in March 2004 on a joint US-EU mission to encourage the Belarusian government to improve its human rights record. My EU colleagues and I presented a coordinated position. We noted our readiness to improve relations, including taking steps sought by Belarusian officials, provided that the government ease domestic repression. Once again, the Belarusians gave us nothing to work with.

I then traveled on from Minsk to Moscow for consultations and raised Belarus with a Russian deputy foreign minister. I noted that the United States and Russia had competing geopolitical interests regarding Ukraine, but that this was not the case with regard to Belarus. There was no push in Minsk to join the European Union, and zero Belarusian interest in NATO. Neither Washington nor the European Union clamored to pull Belarus closer. The primary Western aim was to get Lukashenka to ease up on the repression. Was this an issue on which the United States, Europe, and Russia could work together?

My Russian interlocutor listened politely, but his body language answered all too clearly. The domestic political situation in Belarus did not trouble him. And, in any case, if something needed to be done there, Russia would handle it on its own.

That Moscow meeting has come to mind once again in recent weeks as Belarusians have protested against a sham election. They are protesting in a way they have not protested in the nearly three decades since Belarus became an independent state. While Lukashenka, who has held power for 26 years, rails against Western interference, Western criticism focuses on democratic norms and a stolen election. There is no burning desire to pull Belarus into the West. Both the European Union and NATO have more than enough on their plates.

The absence of a geopolitical component to the current protests is perhaps not surprising. Indeed, it is worth underlining that of all the states to emerge from the wreckage of the Soviet Union in 1991, Belarus seemed the least certain about what to do with independence and the most interested in maintaining close relations with Russia.

As in 2004, Moscow presumably has no desire to coordinate with the West on how to handle the crisis that Lukashenka’s inept leadership and stolen election have caused. In going it alone, the Kremlin faces a choice. Does it choose to back Lukashenka or an increasingly restive population?

The Russian government could choose to side with the Belarusian people. They could help ease the authoritarian president out of office and into a pleasant retirement in a dacha near Moscow, perhaps with former Ukrainian president Viktor Yanukovych living next door. In that case, Russia would likely gain a stable Belarus as a neighbor, with a population still – or perhaps even more – favorably disposed toward Russia and Russians.

There is an obvious drawback to this approach. The emergence of another pluralistic political system on Russia’s western border could give rise to greater questions from the Russian public as to why they cannot enjoy similar rights.

Backing Lukashenka would enable Russia to avoid such questions, but it could entail something significantly worse. A violent and prolonged crackdown supported by the Kremlin would lead to an increasingly radicalized Belarusian population that views Russia as thwarting its desire for a greater political voice. To Moscow’s disadvantage, this might bring geopolitical factors into play that are currently absent from the debate in Belarusian society. It could also fuel interest in “joining” the West.

On August 27, Vladimir Putin announced that Russia has already organized a reserve police force to assist Lukashenka if necessary. He should reconsider this. Over the past six years, Kremlin policies of intervention have been instrumental in pushing Ukraine away from Russia and toward the West. Does Moscow want to repeat this mistake with Belarus?

Much like Donald Trump’s approach to the coronavirus pandemic, Putin almost certainly hopes the protests in Belarus will just fade away. If they do not and the standoff deepens, Putin faces a hard choice. At present, he appears inclined to make the wrong decision, with potentially costly implications for Russia.

Steven Pifer is a William Perry Research Fellow at Stanford’s Center for International Security and Cooperation, and a former US ambassador to Ukraine.