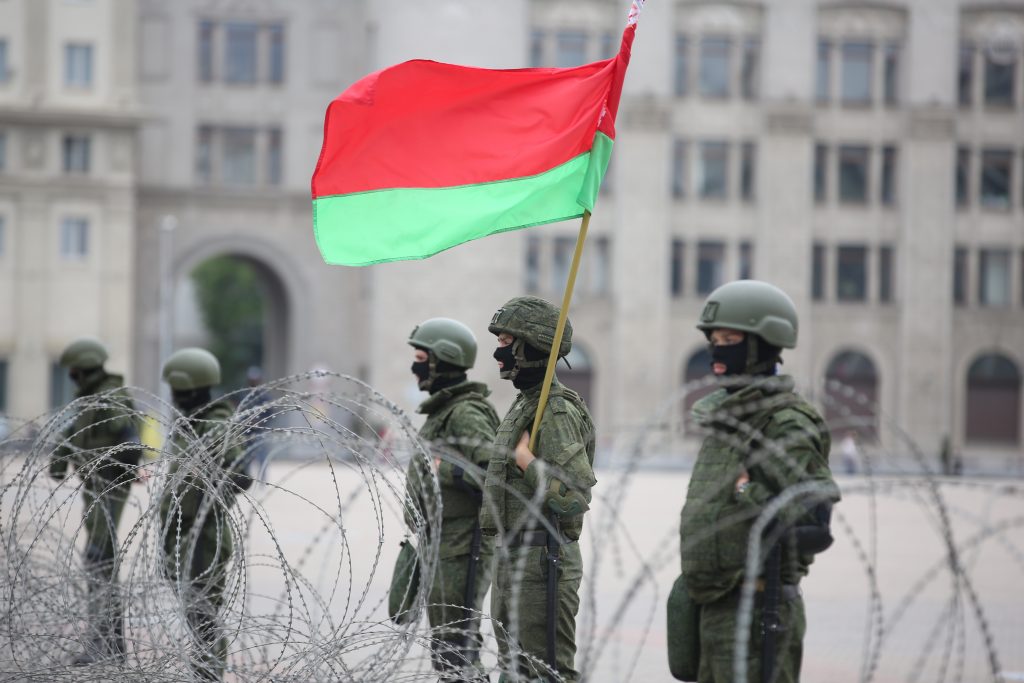 Belarus has been making headlines throughout the past month as pro-democracy protests rock the country amid demands for an end to Alyaksandr Lukashenka’s 26-year dictatorship. This political crisis is also helping to fuel a currency crisis. In the space of one month, Belarus’s freely floating exchange rate has slumped by eight percent.

So far, the decline is bad but not catastrophic. Indeed, the Belarusian ruble actually recovered slightly after Russian President Vladimir Putin committed to guaranteeing Belarus’s security on August 27, but the situation is still likely to get worse. Belarus suffers from a balance of payments deficit, and its international currency reserves have fallen to USD 4.3 billion. This represents the equivalent of coverage for just 1.4 months of imports, while three months is considered the minimum.

In comparison with previous Belarusian financial crises, the current situation appears manageable. Nevertheless, it requires a solution. There are two alternatives. One option is that Russia bails out Belarus, as it has done repeatedly in the past, with the most recent Russian financial lifeline coming in 2011. However, Moscow would insist on taking over Belarus’s biggest state-owned enterprises as the price for rescuing the country’s economy. The other alternative is a standard stabilization program with the International Monetary Fund.

The first option will render Belarus a state captured by Russia, while the second alternative would liberalize the Belarusian economy and open it to the global economy, particularly to the neighboring European Union. As Russians are fond of saying, there is no third alternative.

It is important to note that Belarus’s current financial problems are limited. The country’s annual current account deficit is just USD 2.5 billion. Its total public debt is USD 33 billion, while GDP in 2019 was USD 62 billion. Based on these figures, Belarus would only need total international financing in the region of USD 6 billion to establish sufficient reserves.

This could be addressed via a normal one-year IMF standby program. In its dealings with Belarus, the IMF complains about concealed subsidies to the country’s dominant state enterprises, but the official budget deficit is minimal. Inflation is stable at around five percent.

IMF demands would likely be limited to some structural reforms, notably liberalization of the economy as one-fifth of consumer prices are still regulated, and the opening of the economy to the private sector. A normal government seeking to pursue market reforms and boost the standard of living would be able to reach a viable agreement with the IMF, and the IMF is fast. In a crisis situation, it can conclude a program and disburse funds within a single month.

The IMF, the World Bank, and the European Bank for Reconstruction and Development all know Belarus well because they have been active there since 2016, when the European Union ended its last round of sanctions against Belarus. These international financial institutions all have confidence in the competence of the country’s key economic institutions such as the central bank and ministry of finance. However, the IMF can only conclude an agreement with a legitimate government. President Lukashenka has been dead against a new deal, and he also has no remaining international legitimacy.

The Russian alternative looks very different. At present, intense bilateral negotiations are underway between Russia and Belarus amid talk of deepening integration. Moscow has already promised to refinance USD 1 billion of Belarusian debt to Russia, but this is likely to be a mere appetizer. In 2011, big Russian companies tried to seize the commanding heights of the Belarusian economy, much as they have captured the Armenia economy. They were only partially successful, with much remaining on the menu.

In 2011, Gazprom acquired the Belarusian gas company and the half of the trunk pipeline it did not already own. Slavneft, which is controlled by Russian state company Rosneft, took over 42.5 percent of Mozyr oil refinery. Russian oligarch Mikhail Gutseriev is another major mover in the Belarusian oil refining industry, focusing on the Naftan oil refinery. Meanwhile, the three Russian state banks, Sberbank, VTB, and Gazprombank, play key roles in the Belarusian banking system. All are subject to US sanctions.

Russian interest also extends to the fertilizer industry. Russia’s potash giant Uralkali is eyeing Belaruskali, which is the biggest potash producer in the world. After he ousted the prior owner of Uralkali at the behest of the Kremlin, Suleiman Kerimov has controlled that company. He was sanctioned by the US Treasury in April 2018 as an oligarch close to the Kremlin. His protege Dmitri Mazepin is reportedly intent on acquiring Hrodno Azot, which currently ranks as Belarus’s fourth biggest export company.

Taken together, Mozyr and Naftan oil refineries, Belaruskali, and Hrodno Azot account for two-thirds of Belarus’s exports to the West. If they are handed over for little or nothing to dubious Russian businessmen already sanctioned by the West, Belarus would become a suburb of Smolensk and would find itself economically isolated from the outside world. The Russian oligarchs would not pursue any market reforms in Belarus.

None of this is in Belarus’s national interest, but it may well be the only way Lukashenka can remain in power.

Given the starkly contrasting options facing Belarus, choosing the best route to financial stabilization should be simple. Belarus should choose the IMF. Russian assistance is nothing but a development trap. However, in the current crisis environment, geopolitical factors carry considerably more weight than economic arguments. When Lukashenka meets Putin in Moscow in the coming days, the Belarusian dictator’s survival instincts are likely to override all other considerations.

Anders Åslund is a senior fellow at the Atlantic Council in Washington. His most recent book is “Russia‘s Crony Capitalism: The Path from Market Economy to Kleptocracy.”

Image: Troops stand guard in Minsk on September 6 amid heightened security in the Belarusian capital. Since early August, the Lukashenka regime has turned to Russia for help in combating an unprecedented wave of pro-democracy protests across Belarus. (Tut.By via REUTERS)