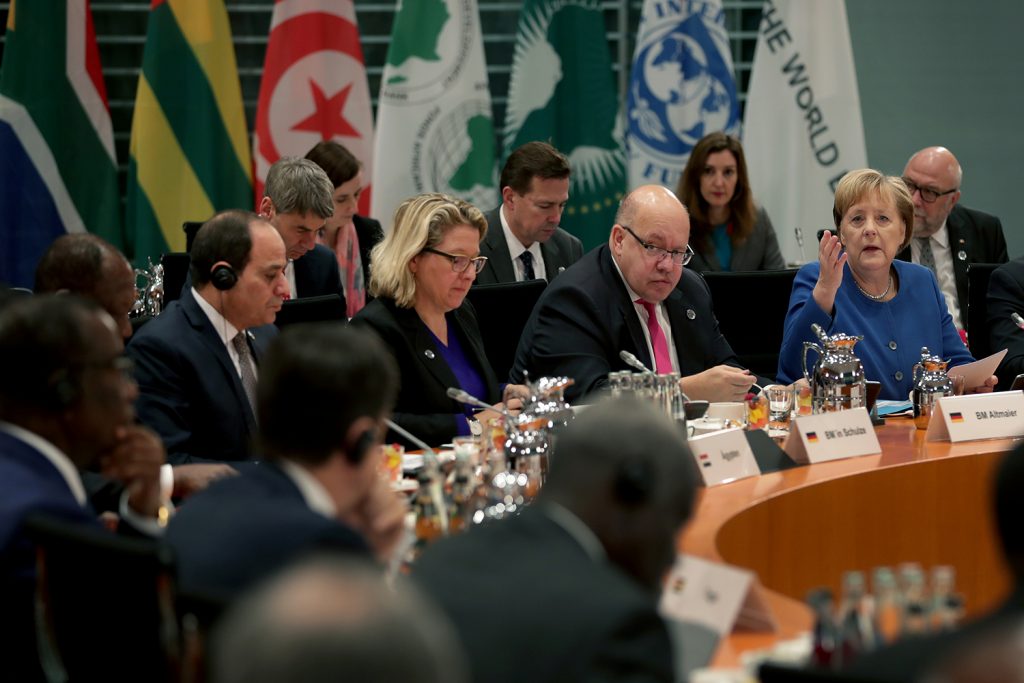 Last month’s Group of Twenty (G20) finance ministers’ meeting proved that the international community is too cautious about helping Africa in its time of need. The ministers failed to extend a debt-service moratorium through 2021, and they offered no other assistance even as COVID-19 spreads across Africa, stretching health care systems and destroying livelihoods.

Is the G20 prepared to face the consequences of its inaction? The status quo will only mean economic, social, and political distress that will spill over to Europe and the United States in the form of more refugees, more countries in conflict, and the need for ever more financial support.

The G20’s debt relief initiative so far has delivered only about $5.3 billion worldwide. But Africa alone faces about $40 billion of debt payments this year, if one includes Eurobonds and bank loans, and as much as $50 billion more in 2021. The decision to extend the debt standstill was put off until October, leaving many countries in limbo. Of the thousands of words on Africa issued by the G20 at its meeting, there was no mention of aid beyond the debt relief.

In the absence of greater support, COVID-19 is affecting Africa in ways that could have lasting effects: it is spreading rapidly and other diseases like malaria and malnutrition are on the rise again because of the diversion of limited resources to combating the pandemic. At the same time, the global recession is hitting exports, remittances, and tourism—taking their toll on businesses and employment.

And, less visibly, the rapid shift of resources to the pandemic is hurting investments that have helped to power two decades of African progress, something that policymakers saw during the 2014 Ebola crisis in West Africa. This includes financial sector reforms, infrastructure investments, programs to improve governance, and educational spending. Efforts to spur the development of small- and medium-sized businesses also will feel the effects.

Clearly, African countries are doing what they can to meet the extraordinary needs arising from the pandemic. The International Monetary Fund (IMF) reported in June that budgetary packages to address the crisis have averaged 3 percent of gross domestic product (GDP). Moreover, financing from the IMF and other multilateral lenders has provided additional resources. However, the emergency has forced many countries to take money from existing initiatives.

If momentum is lost on these programs, it will be difficult to jump start a recovery once the pandemic ebbs. Just as small businesses across the United States are closing in the absence of continued assistance, Africa’s entrepreneurs will be hard pressed to regain growth.

The contrast is striking between the activist policies of the advanced and emerging market economies and their tepid response to Africa, a continent with a GDP of around $3 trillion. G20 central banks and treasuries have deployed conventional and unconventional tools to prevent financial systems from seizing up and have put money directly into the hands of small businesses, the unemployed, and low-income families. Extraordinary fiscal measures have totaled some $11 trillion.

Yet they have offered Africa nothing when the region needs the equivalent of the US Treasury’s Paycheck Protection Program, the Federal Reserve’s Main Street Lending Program, and direct cash transfers to those who rely on the informal economy (where the International Labor Organization estimates that tens of millions of Africans have lost over 80 percent of their income). Much of this money should come in the form of grants from G20 governments. Multilateral institutions and international banks then can work with the region’s mobile banking networks to ensure that the money goes directly to recipients, with appropriate safeguards.

The G20 has acted decisively in the past. In April 2009, at the height of the global financial crisis, the group’s leaders met in London and agreed on sizeable aid for low-income countries. One of the defining moments of that era of cooperation came when African finance ministers formally asked then IMF Managing Director Dominique Strauss-Kahn to speak on their behalf at the London gathering. Responding to that plea, the G20 promised $50 billion—and delivered a substantial portion through the IMF and bilateral aid.

One step taken then, but so far resisted by the Trump administration, was the issuance of special drawing rights, an IMF reserve asset exchangeable for hard currency. That initiative provided several billion dollars of liquidity to African countries.

The assistance agreed to in London was crucial in helping Africa counter the effects of the crisis. It is a good lesson for the current crop of G20 leaders.

Part of the problem today is the difficulty of determining who advocates for Africa in global forums. Is it Germany, which established a G20 Compact for Africa with great fanfare in 2015 to spur private sector development in African countries? It is difficult to find a measurable impact of that initiative. US foreign policy slumbers beneath a blanket of isolationism and bombast. The UK, which traditionally has been outspoken on African development, has been absent amid its preoccupation with Brexit. And China, which has loaned about $64 billion to Africa over the past decade, appears ambivalent about delivering on debt relief if state-linked banks take a hit.

The world powers are understandably preoccupied with the impact of the pandemic at home. However, they are remiss in neglecting the crisis affecting their less advantaged neighbors.

Cyril Ramaphosa, the President of South Africa, captured the region’s dilemma in the face of the pandemic in a recent speech: “As we collectively look to the future, we have an immense task before us to rebuild our shattered lives and economies. The African continent has, so far, had lower rates of infection than many other parts of the world. But because of weak health systems, resource constraints and pre-existing economic vulnerabilities, the long-term impact of the pandemic on Africa will be severe.”

African policymakers made great strides building a solid economic foundation before the pandemic. The continent’s private sector experienced an explosion of investment and innovation that created employment and sparked the expansion of the middle class.

With a growing population, Africa has the potential to provide the global economy with an infusion of economic dynamism as the G20 economies rapidly age. The right policies and timely financial support can help sustain these trends once the pandemic passes. But this outcome will require the G20 to act—recreate the achievements of its historic London “moment.”

Vasuki Shastry, formerly with IMF and Standard Chartered Bank, is an associate fellow at Chatham House and author of “Resurgent Indonesia – From Crisis to Confidence.”

Jeremy Mark was a senior communications adviser and speechwriter to the IMF management team and previously an award-winning reporter for The Asian Wall Street Journal.

As candidates to be the next WTO leader call for reform, destructive subsidy practices must loom large

The director general race likely must run its course before a group of WTO Members can press ahead to launch a new negotiation on subsidies. But the WTO cannot afford to be on the sidelines for long.

Image: German Chancellor Angela Merkel, right, delivers a welcome speech for a 'G20 - Compact with Africa' meeting as part of the 'Compact with Africa' conference at the chancellery in Berlin, Germany, November 19, 2019. Michael Sohn/Pool via REUTERS