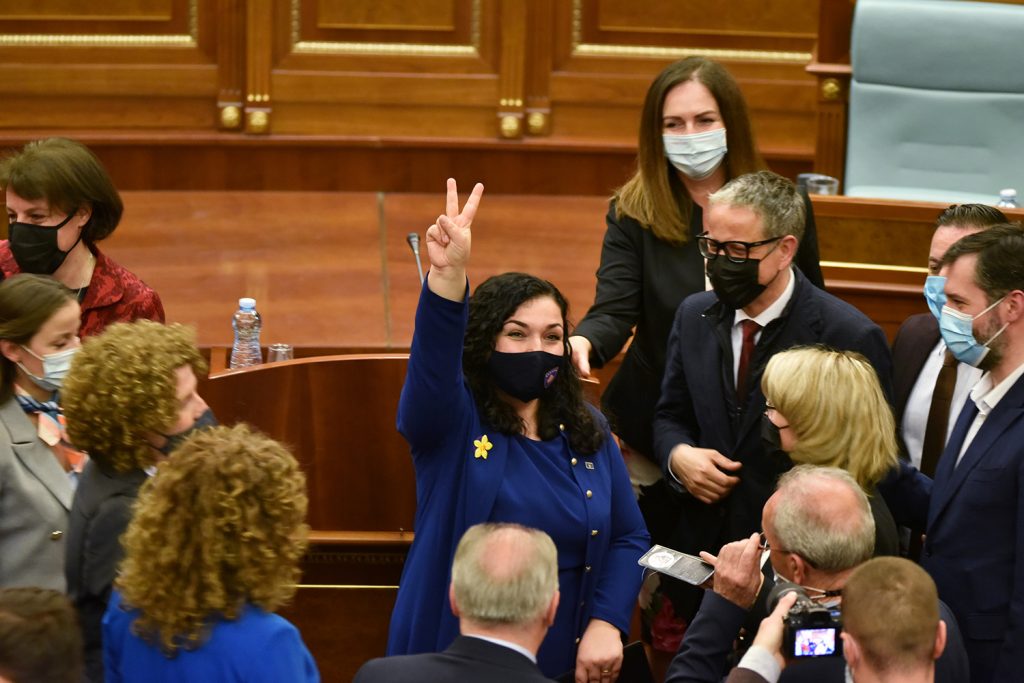 As Kosovo President Vjosa Osmani faces rule of law challenges, high unemployment rates, and a slow vaccine rollout, she’s putting domestic reforms at the top of her priorities—even ahead of the country’s European Union-facilitated dialogue with Serbia.

“If I would get a guest in my office saying, ‘What about the dialogue [with Serbia]?’ My answer [is], ‘What about the vaccines?’” she told the Atlantic Council at a Front Page event last week moderated by Damon Wilson, executive vice president of the Council. She later added that “during a pandemic, where people have lost lives and those who have survived have lost jobs, our focus is clear… It’s about people.”

She said that she rejected the idea that Kosovo’s “entire foreign policy, our entire international relations, should be redundant and reduced to relations with only one country,” even though she acknowledged that the dialogue with Serbia is still “extremely important.”

Ahead of the bilateral talks, which are resuming this week, Osmani claimed that “Kosovo is going [in] all prepared with the intention of contributing to a qualitative, final agreement that is centered around mutual recognition.” But she argued “it’s about time that Serbia actually decides what does it want,” and that it “cannot really sit on two chairs at the same time. You cannot flirt with Russia—militarily, politically, economically, and [in] other areas—and at the same time say that you believe in EU values.”

Here are some of the key takeaways from the conversation, which focused on Kosovo’s domestic reforms, its strategy for joining NATO, and its relationship with the United States.

Kosovo has its sights set on joining NATO

A bumpy ride with neighbors

President Osmani on Kosovo’s domestic reforms, dialogue with Serbia, and relationship with the US

Kosovo President Vjosa Osmani joined the Atlantic Council just before Kosovo and Serbia reengage in bilateral talks, where she outlined her presidential priorities and concerns in the years ahead.

Western Balkans Partnership: Getting a common market from the Sofia Summit

In Sofia on November 10, the Western Balkans Six—Albania, Bosnia and Herzegovina, Kosovo, Montenegro, North Macedonia, and Serbia—the European Union, and ten European countries belonging to the Berlin Process will set an agenda for the next four years. This report discusses what is likely to emerge and what might need to be done later.