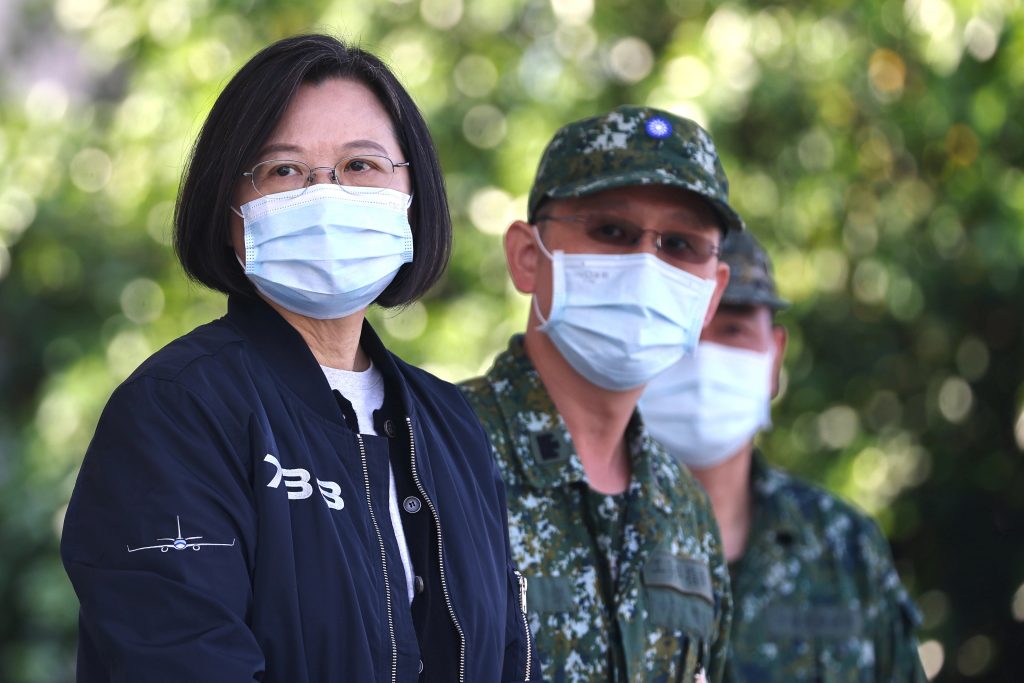 The transatlantic community is starting to coordinate on Taiwan. Speaking as the Group of Seven (G7), the United States, Germany, France, Italy, Canada, and the United Kingdom—together with Japan—recently took the unprecedented step of assuming a shared position on China’s most sensitive territorial dispute. “We underscore the importance of peace and stability across the Taiwan Strait,” the seven nations declared in a joint statement after meeting in Cornwall, England, “and encourage the peaceful resolution of cross-Strait issues.”

This is a welcome move. China is acting ever more aggressively toward Taiwan, which it lays claim to, and the G7 communiqué does a great service by signaling that this worries the transatlantic community. But more needs to be done. In particular, the United States and the European Union (EU) should not only speak but also act in concert when it comes to Taiwan. Despite ample shared commitments and interests in the Taiwan Strait, they’re not doing so at present.

The EU and the United States have several reasons to remedy this. To begin with, they’re both already working to promote peace and stability in the Taiwan Strait, creating incentives for coordination. The United States, as stipulated by the Taiwan Relations Act, supplies Taiwan with defensive arms. And the EU has committed to promoting dialogue and confidence-building between Taiwan and China “as part of keeping the Asia-Pacific region at peace.”

The United States and the EU emphasize different means, but they still have compelling joint interests that cry out for greater coordination. As I have previously argued in the New Atlanticist, a conflict in the Taiwan Strait would have ramifications for the credibility of US defense partnerships—and consequently for European security—because the United States reserves the right to defend Taiwan from Chinese aggression. In the event of a war, US defense planners would also likely have to shift their attention away from the North Atlantic and toward the Indo-Pacific.

The United States and the EU also have shared economic reasons for wanting to avoid a conflict in the Taiwan Strait. Such a conflict would disrupt supply chains with China, especially if the United States—in addition to intervening militarily—decides to impose broad trade sanctions on Beijing. The EU would be under enormous diplomatic pressure from the United States to get behind such sanctions. And the costs of these measures would be steep, since China is the largest trading partner of both the EU and the United States. Damage to supply links in Taiwan, which produces a large percentage of the world’s semiconductors and microchips, must also be considered.

The United States and the EU are also both committed to making sure that Taiwan’s democracy survives and thrives. Supporting shared values is an integral component of the US-Taiwan relationship, according to the US State Department. The EU’s China strategy contains a commitment to “supporting the shared values underpinning [Taiwan’s] system of governance.”

In a world where democracy is under threat, harming both the moral aspirations and the soft power of the United States and the EU, Taiwan is an asset that can be used to show the world why liberal democracy is the best form of governance. For 2021, Taiwan has an impressive projected gross domestic product (GDP) per capita of more than thirty thousand US dollars. It is a vibrant democracy with an equally impressive ninety-three out of one hundred score on the Freedom in the World Index. And according to the Heritage Foundation think tank, it is the sixth-freest economy in the world.

Taiwan is also an important weapon in the war of narratives between the democratic West and authoritarian China. As part of its efforts to make the world safe for authoritarianism, Beijing promotes the idea that democracy is incompatible with certain national cultures, especially China’s. With the demise of democracy in Hong Kong, Taiwan is now unique in that it is both democratic and Chinese. That makes it an indispensable counterexample to Beijing’s propaganda—one that both the EU and the United States should take care to highlight.

Finally, the EU and the United States have both committed to promoting Taiwan’s meaningful participation in international organizations like the World Health Assembly (WHA), from which Taipei is excluded because of Chinese resistance. Countering this—and promoting Taipei’s ability to contribute to international efforts to combat transnational challenges—is a compelling joint interest: Taiwan could be a valuable partner in supporting the liberal, rules-based world order and has valuable expertise to share in areas like public health, law enforcement, disaster relief, energy cooperation, and cyber.

Promoting this interest is, in fact, one area in which the United States and the EU are already acting jointly. In 2020, in the midst of the coronavirus pandemic, Germany, France, Italy, and the EU began liaising with the United States and other democratic countries—including the United Kingdom—to push for Taiwan’s participation in international organizations. While Taiwan remains excluded from the WHA at Beijing’s behest, this initiative has helped convince World Health Organization leadership to allow Taiwanese experts to participate in its working groups.

That success demonstrates what can be achieved through greater EU-US cooperation on Taiwan. Here’s how they can build on it:

All these moves would risk antagonizing China. But Beijing, faced with the united strength of the EU and the United States, would have little room to retaliate except rhetorically. That would be especially true if the EU and United States limit themselves, as recommended, to deterrent moves showing what they would do in the event of a cross-strait crisis. After all, China would inflict great harm on itself as well by, for instance, imposing trade sanctions against the United States and the EU—its largest trade partners.

The dawn of the Biden administration has created new hope for greater EU-US cooperation. Both sides should make sure that this revival extends to Taiwan.

Supply chains and semiconductors: The need for US diplomacy

Any effort to revitalize the US’s to domestic semiconductor manufacturing capacity would be incomplete without diplomacy. US allies such as Taiwan and South Korea remain global leaders in semiconductor manufacturing. If the U.S. wants to rejoin them, the Biden administration should deepen investment ties with Taiwan and South Korea and find ways to bring them closer to the Quadrilateral Security Dialogue.

President Xi, are you watching? US President Joe Biden welcomed Japanese Prime Minister Suga Yoshihide to the White House on Friday. And his first in-person meeting with a foreign leader was designed to send a clear signal to China.