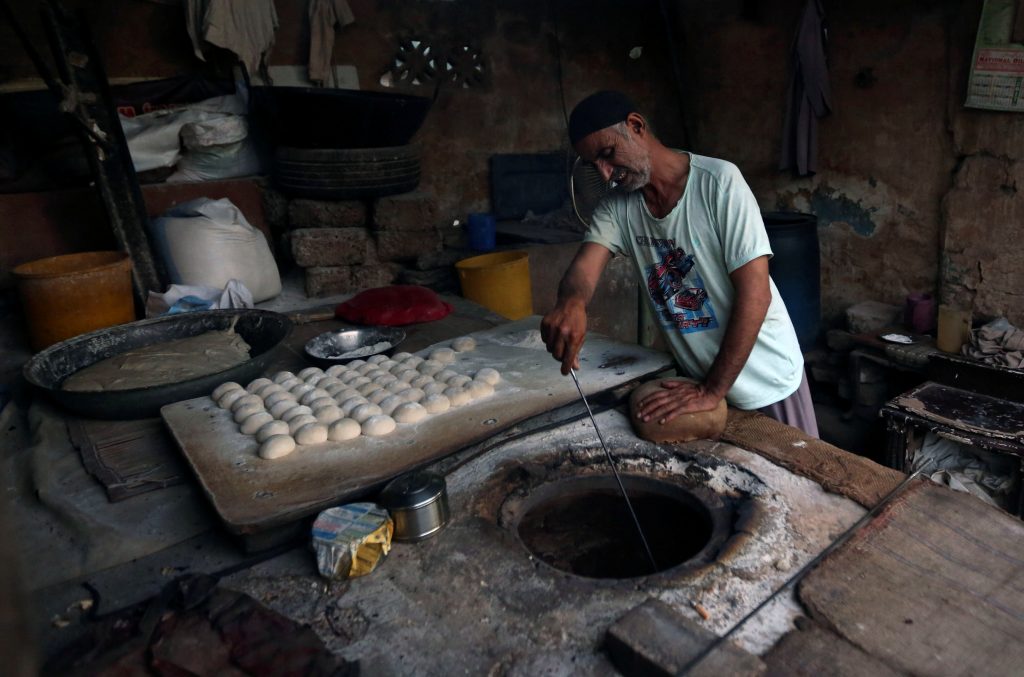 Pakistan must prioritize and adequately finance extreme heat resilience and mitigation if it is to achieve its regional geo-economic ambitions. Across South Asia, warming temperatures are contributing to a loss in crop production. “Mega-heat waves” will become more frequent over the next 40 years. Heat stress is a health hazard that causes illnesses, injuries, and can even lead to death. In June 2015, Sindh was hit by a devastating heat wave that led to the death of over 1,200 people. Over time, hotter and longer-lasting heat waves will continue to threaten the health of Pakistani people, their livelihoods, and the overall economic growth of the country by reducing labor and agricultural productivity.

Heat stress incapacitates laborers both physically and mentally, lowering their productivity and compromising their occupational safety. At just 33 degrees Celsius, worker productivity is proven to decrease by over 50%, and if left unchecked by 2030 the equivalent of 80 million full-time jobs worldwide will be lost due to extreme heat. Heat stress disproportionately affects informal laborers, and will impede the growth of major economic centers like Karachi and Lahore, where over 71% of workers outside of the agricultural sector are informal laborers,

Agriculture contributes about 25% to Pakistan’s national GDP and 42% of its labor force. Extreme heat causes major crop losses. In 2019, there was a nationwide cotton emergency when Sindh farmers were only able to harvest two-thirds of their cotton crops. Since 47% of the total land area of Pakistan is used for agriculture, extreme heat is also forcing pastoral and agricultural laborers to migrate to major cities. Informal settlements in these cities are not equipped to support these internal migrants adequately. Policies promoting heat resilience are critical to sustainable agricultural growth and to alleviating the pressure on urban areas.

Pakistan’s energy policies are linked to its recent bouts of extreme heat. Pakistan has invested in an industrialization approach that is heavily dependent on fossil fuels rather than clean energy. Pakistan inaugurated its biggest coal mine last year in spite of evidence that its heavy investment in coal has caused heavy pollution and increased greenhouse gas (GHG) emissions.

The nation’s efforts to drive economic prosperity have also proven to be counterproductive. Although the goal of CPEC’s establishment was to foster rapid, equitable, and sustainable growth by boosting industrial productivity, it has left Pakistan with a surplus of electrical energy due to an inefficient grid that contributes to the regular power shortages throughout the nation. Energy costs are too high for most Pakistan citizens. High energy costs increase production costs for businesses and make entrepreneurship and international trade less attractive to Pakistan business-owners. Pakistan’s current energy policy coupled with rapid urbanization, deforestation, and the construction of high-rise apartments has contributed to the spike in heat waves throughout the country, which, consequently, is hindering Pakistan’s economic growth.

What Pakistan is doing to support extreme heat resilience

Islamabad announced a plan to restore 350,000 hectares of trees shortly after the deadly 2015 heat wave. According to Minister of Climate Change Malik Amin Aslan, Pakistan should have 10 billion more trees by 2023, which is expected to offset significantly the effects of national coal use. This initiative will contribute to the goal of maintaining less than a 1.5 degree Celsius global temperature increase in accordance with the Paris Climate Agreement.

The World Bank funded Sindh Resilience Project (SRP) has developed 15 recharge dams in arid, rural communities plagued with water stress in Sindh. Additionally, Punjab is the first province to screen its development projects for water-related climate risks, using the Punjab Adaptation to Climate Tool (PACT) to address its own water availability. These water availability initiatives should be expanded on a national level to support agriculture and general community wellness.

In Karachi, Assistant Commissioner Dr Amber Mir plans to use geographic information system (GIS) mapping to set up First Response Centers (FRCs) close to identified heat wave hotspots in the city that will “provide immediate first aid treatment” to affected residents. The establishment of FRCs is credited with  an absence of heat wave-related casualties in 2016 and 2017. Heat-vulnerable cities like Jacobabad, Lahore, and Islamabad need also to adopt these methods of safeguarding lives.

The key to achieving economic prosperity in Pakistan is building extreme-heat resilience in preparation for more heat waves within all four of its provinces.

First, Pakistan should implement the widespread use of early warning systems in order to give communities time to equip themselves with strategies to avoid health emergencies. Collaborating with international initiatives like the Extreme Heat Resilience Alliance (EHRA) would also equip cities with the knowledge and support they need to safeguard lives.

Second, climate migration should be mitigated by providing people from rural communities with a diverse means of sustaining their livelihoods. Methods to conserve groundwater will especially be integral to supporting Pakistan’s agriculture-based economy. Thus, Punjab’s PACT initiative should be expanded throughout all four provinces. In addition, climate-resilient strains of crops should be distributed to farmers to avoid poor crop yields. Provincial governments must also help rural citizens diversify their incomes with trade and crafts skills to supplement their primary incomes.

Third, provinces should ensure that cities can adapt to recent trends in overpopulation by actively attending to the fundamental needs of its citizens. About 700,000 people migrate to big cities from rural settlements every year. Urban populations, concentrated in informal urban settlements, are so neglected by the government that residents often resort to developing infrastructure by themselves. Heat-resilient innovations like rooftop gardens, cool roofs, and cool pavements are key to fighting heat in urban areas.

Finally, though Pakistan is far from being a major global carbon emitter, it must invest in green energy as it becomes more industrialized. More actionable solutions to CPEC’s lack of green energy must be devised. According to the World Bank, if Pakistan increases its solar and wind capacity to 30% of total installed capacity by 2030, it will significantly lower its national GHG emissions while providing more sustainable energy for further development. CPEC must be efficiently greened to serve as a regional model for sustainability.

Pakistani leaders promise to lead South Asia into an era of prosperity; however, leadership must realize that extreme heat resilience and sustainable economic growth are inextricably linked. Pakistan cannot achieve its goals of regional connectivity and economic wellness unless it revises its economic strategy to tackle fully its extreme heat crisis.

Damola Aluko is a former intern with the Atlantic Council’s South Asia Center under the Young Global Professionals Program. Prior to joining the Atlantic Council, she was an English Language Teacher at Jissen Gakuen Junior and Senior High School under the Japanese Exchange and Teaching Program. Damola is an alumna of Howard University with a BA in Political Science.

Kim Austin is a project assistant at the Atlantic Council’s Adrienne Arsht-Rockefeller Foundation Resilience Center. She has a BA in Political Science from Howard University with minors in Economics and Spanish.

Fatima Khalil is a former intern with the Atlantic Council’s GeoEconomics Center under the Young Global Professionals Program. Fatima is currently a student at Howard University where she majors in Economics and International Affairs.

Event Recap: “African and South Asian perspectives on the Leaders Summit on Climate”

It is a good start that President Biden’s Leaders Summit on Climate invited three South Asian nations and five African countries to present their perspectives to the world; however, Biden’s efforts were not adequate. Western world leaders need to pay special attention to what South Asian and African experts have to say. This moment in history provides a critical opportunity for enlightened policymaking that could enable African and South Asian nations to be a force for clean, green, and sustainable economic growth and industrialization; a failure to seize this moment by excluding their voices will undermine global climate action and lead to a ruinous future for over half the world’s population.

Image: A man checks the heat in an oven before preparing roti (flat bread) at a roadside retaurant in Karachi, Pakistan February 27, 2017. REUTERS/Akhtar Soomro