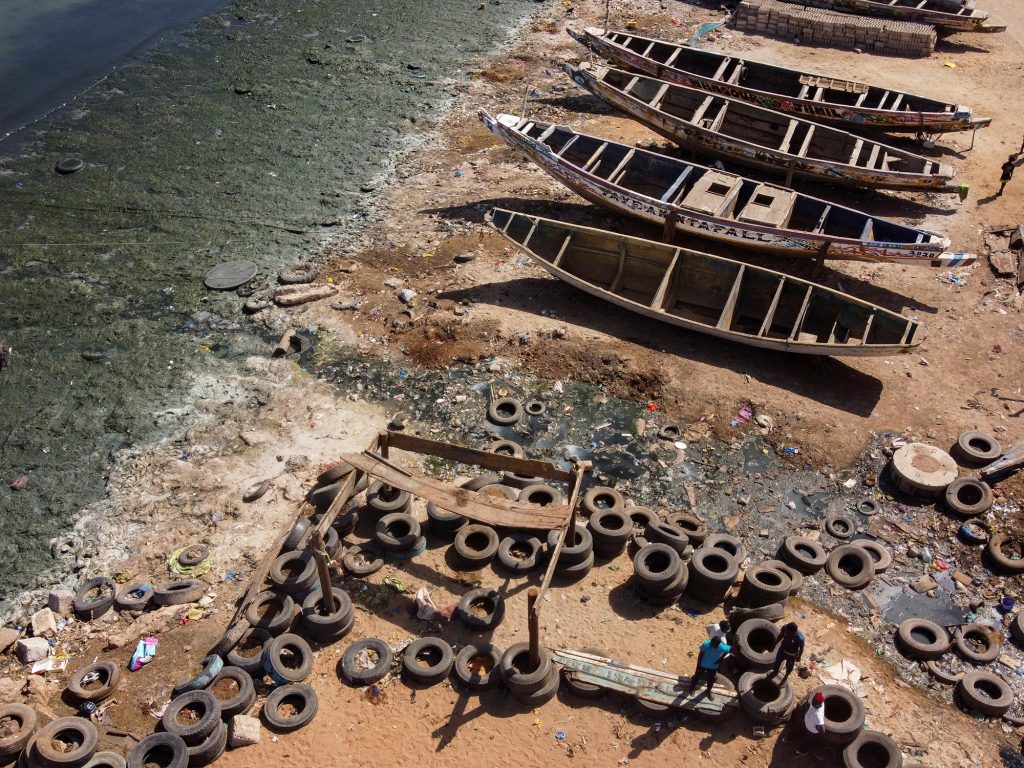 Key Takeaways from the Event

A good example, raised by Dr Ali, Dr Aliwas that Pakistan was not invited to the Leaders Summit on Climate even though it is both the fifth most vulnerable country to climate change and one of the globe’s lowest emitters of carbon and other greenhouse gases, contributing less than 1% to global emissions. Pakistan is also a regional leader in combating carbon emissions with its 10 Billion Tree Tsunami initiative. More disappointingly, the nation’s absence at the summit was a missed chance for America to facilitate cooperation between China and Pakistan in “greening” their economic partnerships, particularly the highly coal-dependent China Pakistan Economic Corridor (CPEC).

Dr Ali emphasized the importance of developed nations avoiding a “business as usual” approach to green industrialization. He stressed that in their pursuit of finding renewable, clean energy sources, major industrialized nations are still finding ways to exploit resource-rich, developing nations for minerals and biofuel crops to achieve economic growth.

Mr Ramesh remarked that he was happy that the United States reentered the Paris agreement, which he noted as a good sign that the US would stay engaged in climate diplomacy. He argued that the architecture for accountability and reporting on the $100 billion Paris agreement commitment to developing countries must be well developed in order to ensure that climate action benchmarks are actually reached by their projected dates. He also asserted that major global emitters of greenhouse gases have a responsibility to prioritize domestic climate change mitigation policies, while financing climate adaptation in developing nations. Mr Ramesh emphasized that focused plurilateral efforts (like those utilized within the WTO)  rather than unenforceable multilateral agreements are a more realistic method of mitigating behaviors that are harmful to the global climate.

Ms Adam agreed with Mr Ramesh in calling the summit a success. She remarked that it was a significant way for the United States to broadcast its commitment to global climate action. Ms Adam expressed a hope for the United States to take a strong role in giving climate financing aid to African nations. She highlighted that the African continent emits only 4% of all global carbon emissions, yet is increasingly impacted by global climate emergencies such as extreme heat, category five storms, and rising sea levels. These climate impacts not only damage critical infrastructure, but their frequency makes planning and constructing resilient infrastructure more difficult and expensive.

Ms Adam asserted that though Africa did not start the global climate change crisis, the continent is key to solving it due to its rich mineral deposits and large maintenance of intact ecosystems. Yet, African nations face a far more severe climate crisis than most industrialized nations. Thus, in the global race to transition to carbon net-zero economies, industrialized states have a responsibility to ensure that African nations are given aid in the form of adequate climate financing.

South Asia and Africa can benefit from climate action partnerships

As the panel discussion illuminated, South Asia and Africa share many similarities in their struggles for economic growth and development. Today, they also share increased risk for climate-related emergencies and low levels of climate adaptation. For both regions, establishing inclusive, equitable, and sustainable climate action policies is imperative to safeguarding the lives and livelihoods of their people.

Within South Asia and Africa, respectively, various regional climate action-based initiatives have already been launched. African Heads of State initiated the Africa Adaptation Initiative (AAI)  in 2015 during the Paris UNCOP21 conference. This initiative seeks to identify regional gaps in climate adaptation and strengthen regional connections in order to develop solutions to Africa’s specific climate action limitations. In past decades, the South Asian Association for Regional Cooperation (SAARC) developed summits, declarations, and action plans focused on addressing climate change. In particular, the SAARC Environment Ministers’ Dhaka Declaration on Climate Change of 2008 and the Thimpu Statement on

Climate Change of 2010 stressed the importance of utilizing  climate awareness campaigns in the region, joint research and capacity building, and joint programme implementation to tackle climate change in the region.

The Indian think tank Observer Research Foundation (ORF)  developed a virtual roundtable on an “India–Africa Partnership for Sustainability”. Here, Indian and African experts on climate action and development clearly demonstrated that if African and South Asian collaborated on issues ranging from urban-planning, management of megacities, transition to green industrialization, and disaster resilience, they could have “a commonality of solutions” that they would otherwise not have collaborating with Western nations. The Kigali Global Dialogue, an annual Rwanda-based platform, is another forum where African and South Asian stakeholders have convened and focused on African-South Asian solutions to the critical issues of development and growth with special attention to climate change and sustainability.

These forums serve as models for how impactful South Asian-African forums could be for building climate action strategy. Individually, African and South Asian countries already utilize innovation to adapt to climate impacts. For instance, South Asian and African economies are both dependent on agriculture and both regions are already developing climate-resistant, genetically modified crops and climate-resilient agricultural infrastructure that is compatible with specific South Asian and African needs. Their unique perspectives on agricultural practices could lead to more solutions in climate-smart, resilient agriculture. Forest-friendly farming  in Ethiopia secures natural biodiversity, food security, and contributes to carbon net-zero emission goals, helping with mitigation efforts. The expansion of floating gardens in Bangladesh is a great model for how other nations impacted by rising sea levels can build resilience. It is imperative that South Asian and African stakeholders share their unique perspectives with one another to design strategies for climate mitigation and resilience. Collaboration between stakeholders from both regions would lead to even more impactful, long term strategies.

It is a good start that President Biden’s Leaders Summit on Climate invited three South Asian nations and five African countries to present their perspectives to the world; however, Biden’s efforts were not adequate. Western world leaders need to pay special attention to what South Asian and African experts have to say. This moment in history provides a critical opportunity for enlightened policymaking that could enable African and South Asian nations to be a force for clean, green, and sustainable economic growth and industrialization; a failure to seize this moment by excluding their voices will undermine global climate action and lead to a ruinous future for over half the world’s population.

African and South Asian perspectives on the Leaders Summit on Climate