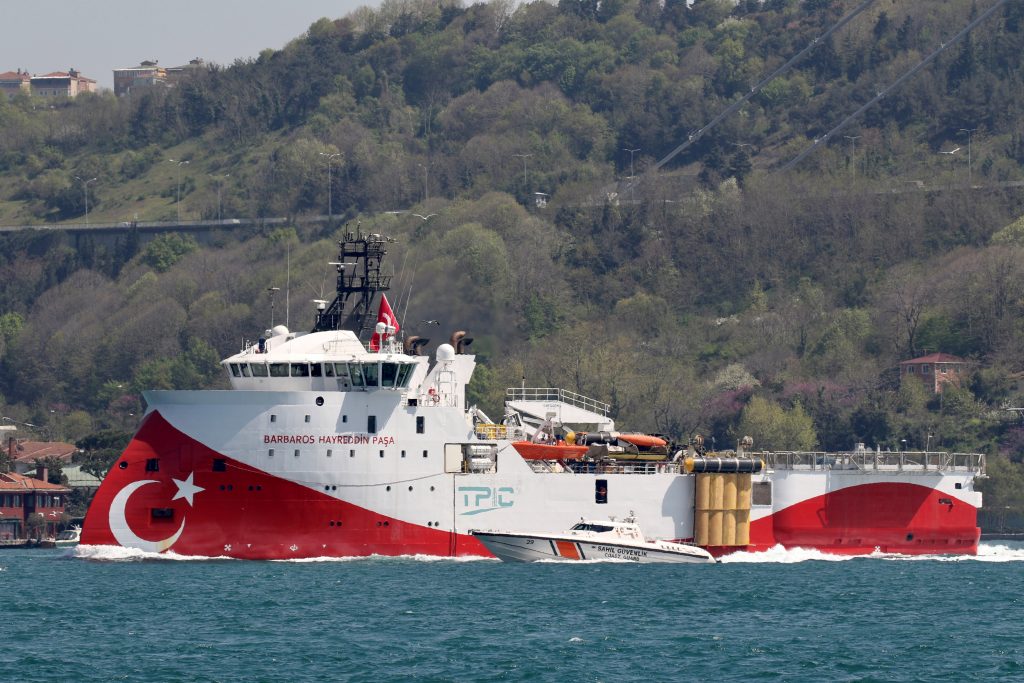 For the past three decades, Turkey and the United States have increased their cooperation on energy policy. From the Baku–Tbilisi–Ceyhan crude oil pipeline to the Baku–​Tbilisi–Erzurum natural gas pipeline to the Trans Anatolian Natural Gas Pipeline, the two nations worked to monetize Caspian Sea energy resources and overcame the geopolitical objections of Russia and Iran while securing financial solutions along the way.

Although Turkish-US relations have gone through ups and downs in recent years, the countries’ approaches toward energy projects have been shaped by long-term interests. Now the two countries’ shifting energy policies in favor of renewables and clean-energy technologies—coupled with regional developments, such as the need of Eastern European countries to diversify their gas imports as well as ongoing exploration activities in the Black Sea and Eastern Europe—can help bring them closer at a tumultuous time for global politics and a critical moment for the climate.

Renewables all the rage

The two nations’ policies to combat climate change and transition to a carbon-free economy are incentivizing investments in renewable energy and clean-energy technologies, which have seen project development costs decrease. While overall investments in the energy sector decreased in 2020 due to the effect of COVID-19, investments in renewable energy projects exceeded three hundred and fifty billion dollars globally, including about three hundred billion dollars on solar and wind.

Although Turkey uses fossil fuels to meet most of its energy demand, its “2019-2023 Strategic Plan” for energy concentrates on renewable energy projects to reduce its emissions and current account deficit by increasing the share of domestic renewables in electricity generation. The 1,000-megawatt solar and wind Renewable Energy Resource Areas (YEKA in Turkish) tenders held in 2016 and 2017, in which global energy firms bid for the right to develop renewable power plants, made technology transfer possible with the obligation to produce solar and wind power-plant components locally. These tenders paved the way for a significant renewable energy capacity.

Meanwhile, President Joe Biden’s election has transformed US energy policy. Biden rejoined the Paris climate accords on his first day in office, serving as just one example of where climate change, which was not among former President Donald Trump’s priorities, ranks on Biden’s agenda.

Biden’s far-reaching energy goal is net-zero carbon emissions by 2050. In order to achieve this, the Department of Energy plans to build out 30 gigawatts of offshore wind and to reduce the cost of solar energy by 60 percent by the end of the decade. The department plans to hand out up to three billion dollars in loan guarantees for renewable energy projects that help reach these targets.

The renewable energy policies of the United States and Turkey are in harmony, encouraging private-sector investment. Several leading US energy companies have local collaborations in Turkey that date back for many years. For example, General Electric is both an important wind turbine supplier and manufacturer in Turkey. In addition, many renewable energy investors who have launched successful projects in Turkey are also considering developing projects abroad; it wouldn’t be surprising to see these companies pursue projects in the United States as well. There are significant opportunities for Turkish and American companies in both power-plant investments and joint technology development.

Although both countries focus on renewable energy investments, hydrocarbons continue to be the largest energy source for both. The United States is currently the largest oil and gas producer and consumer in the world. In Turkey, the increasing demand for energy from industrial production and population growth since the 1990s has mainly been met with oil and gas, which currently compose 60 percent of its energy mix. Turkey covers 95 percent of its oil and 99 percent of its natural gas needs with imports. Though Turkey made the world’s biggest offshore natural gas discovery of 2020 with the Sakarya Gas Field in the Black Sea, it will continue to import a significant amount of gas for the foreseeable future.

The share of liquefied natural gas (LNG) in Turkey’s supply has been steadily increasing, from 15 percent of total gas imports in 2014 to 31 percent last year.

In addition to a growing number of LNG suppliers in the world, Turkey’s investments in the past five years to improve its LNG infrastructure have powered this increase. There is also a geopolitical motivation: Turkish-Russian tensions after the downing of a Russian jet that violated the Turkish border in 2015 motivated Turkey to strengthen the security of its gas supply. In this context, Turkey, which has increased its LNG regasification capacity from 37 million cubic meters per day to 117 million cubic meters per day, now boasts the largest LNG infrastructure in Eastern Europe.

LNG trade between Turkey and the United States is on the rise. According to data from Turkey’s Energy Market Regulatory Authority, Turkey imported around 3 billion cubic meters of LNG from the United States in 2020 with spot contracts. Since February 2016, when the United States first started exporting LNG, Turkey ranks fourth in Europe and eleventh in the world among US LNG export markets.

And there’s serious room for growth. Turkey’s long-term gas import contracts are beginning to expire this year. LNG is becoming an important option to purchase gas with flexible contracts and competitive prices. US and Turkish companies can develop partnerships from exploration and production to transportation and trade.

Turkey’s robust LNG infrastructure will enable neighboring countries to diversify their gas supply—and the United States could become a key regional supplier. In addition, the newly discovered 540-billion-cubic-meter Sakarya Gas Field (including the recently announced Amasra-1 discovery) could be a regional game-changer, and ongoing studies could reveal even more gas discoveries in the Black Sea. The Turkish state-owned oil company TPAO cooperates with US firms in its exploration activities, and further partnerships are possible.

In the Eastern Mediterranean, monetizing energy resources has proven difficult, with political problems rather than common economic interests complicating development. If the United States plays a mediator role in these ongoing disputes, this may speed up rapprochement between littoral states and monetization of hydrocarbon sources.

Although trade between Turkey and the United States exceeded twenty billion dollars in 2019, it is obvious that the potential is far greater—and energy offers important economic cooperation opportunities. Improving the economic dimension of the two countries’ relations will also reduce their political disagreements. In this context, joint efforts in the energy sector are ripe for exploration.

Eser Özdil is a nonresident senior fellow with the Atlantic Council IN TURKEY. He is the founder of GLOCAL Group Consulting, Investment, and Trade, where he advises energy companies on issues that include public policy, government relations, and commercial diplomacy. He is also a volunteer member of the LNG Task Force at the Turkey-US Business Council, an arm of the Foreign Economic Relations Board of Turkey, which operates under the Turkish Ministry of Trade.