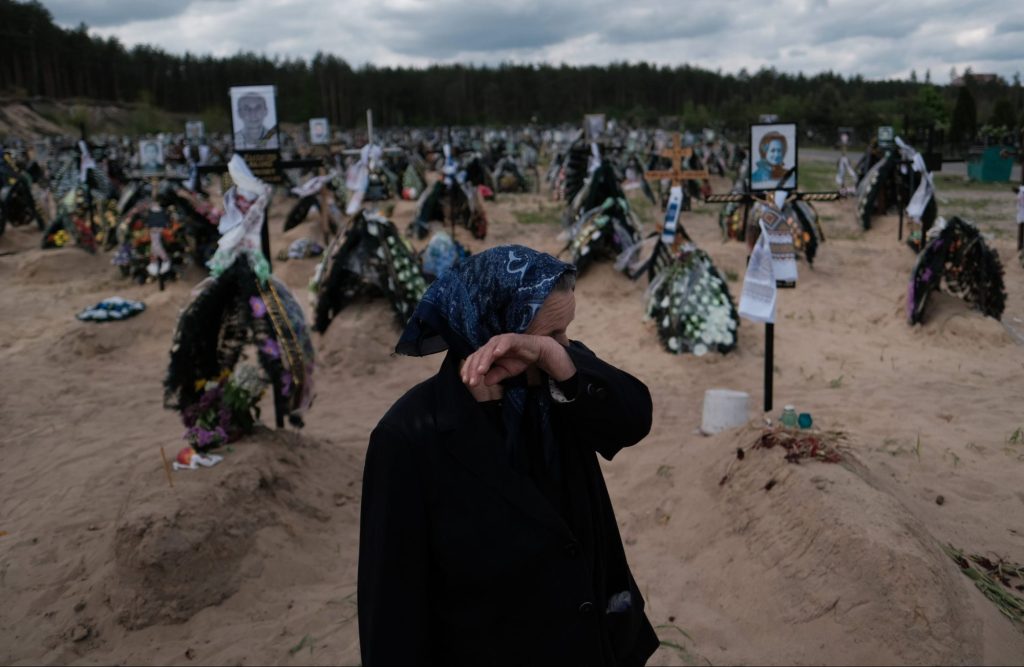 A group of 30 progressive Democrats in the US Congress sent a letter to US President Joe Biden on October 24 asking him to pursue a ceasefire in Ukraine. Less than 24 hours later, they withdrew the letter following an angry backlash. This unusual incident highlighted the sensitivity of calls for a diplomatic solution to Vladimir Putin’s Ukraine invasion at a time when millions of Ukrainians continue to face the horrors of Russian occupation.

The 30 signatories of the retracted letter are the latest in a series of high-profile figures to voice their support for some kind of negotiated settlement between Russia and Ukraine. In recent weeks, similar appeals have come from diverse sources ranging from geopolitical commentators and media pundits to Elon Musk and Pope Francis. These peace proposals have been widely condemned as misguided and ill-timed, with critics arguing that any attempt to impose a ceasefire at the current stage of the war would only reward Putin and pave the way for further Russian aggression in the years to come.

It is not hard to see why skeptics question the timing of recent ceasefire initiatives. Russia currently occupies around 20% of Ukraine but is losing ground on multiple fronts. In a series of counteroffensives that began in late August, the Ukrainian military has succeeded in liberating much of northeastern Ukraine while also reducing Russia’s foothold on the right bank of the Dnipro River in the south of the country. A prolonged pause in hostilities would rob the Ukrainian army of the military momentum it currently enjoys while enabling Putin to rescue his rapidly unraveling invasion.

Crucially, a ceasefire would freeze the conflict and provide Russia with vital breathing space to rearm and regroup. Putin’s army suffered catastrophic losses during the first eight months of the invasion, with tens of thousands of Russian soldiers killed and more than a thousand tanks captured or destroyed. His military now needs time to train and equip new units of troops made up of freshly mobilized Russians.

Nor is there any indication that Russia is genuinely interested in ending the war. On the contrary, Putin has recently adopted a series of escalatory measures including Russia’s first mobilization since World War II and the annexation of four partially occupied Ukrainian provinces (Donetsk, Luhansk, Kherson, and Zaporizhzhia). He has also introduced elements of martial law in some Russian regions and moved to put the entire Russian economy on a war footing. These steps leave little room for doubt that the Russian dictator is preparing for a long war and has yet to abandon his original goal of extinguishing Ukrainian statehood.

The most obvious problem with recent proposals to freeze the conflict is the fact that a ceasefire would leave one-fifth of Ukraine under Kremlin control and condemn millions of Ukrainians to a bleak and uncertain future under indefinite Russian occupation. United Nations investigators have already confirmed that Russia is guilty of committing war crimes in Ukraine. Many observers believe the ultimate objective of the invasion is the genocide of the Ukrainian nation.

Alleged Russian war crimes include the mass execution of civilians and the bombing of schools, hospitals, and residential buildings. Entire cities in the east of the country have been reduced to ruins by Russian airstrikes and artillery. In areas controlled by Moscow, Ukrainian civilians have been subjected to abductions, torture, and forced deportations. Meanwhile, the occupation authorities have set about eradicating all symbols of Ukrainian statehood and national identity.

As Ukrainian forces have liberated towns and villages across southern and eastern Ukraine, they have discovered mass graves and torture chambers with sickening regularity. Accounts of sexual violence are equally widespread. Some Ukrainian civilians have simply disappeared without trace. The many strikingly similar accounts of life under Russian occupation in different regions of Ukraine suggest that Russian war crimes against the civilian population are not isolated excesses; on the contrary, they form a core part of the Kremlin’s military strategy for the complete subjugation of Ukraine.

No Ukrainian leader could legitimately abandon millions of fellow civilians to such a fate. Unsurprisingly, President Zelenskyy has ruled out any negotiations with Putin and stated that Ukraine will instead seek to liberate the entire country from Russian occupation. International efforts to pressure Kyiv into a compromise peace will not change Zelenskyy’s mind or convince the vast majority of Ukrainians that they are being unreasonable. For them, it is a matter of life and death. Either Putin is defeated or their nation will cease to exist.

Beyond the immediate issue of protecting Ukrainian civilians from Russian war crimes, opponents of a ceasefire also note that anything short of defeat in Ukraine will set the stage for further Kremlin wars of aggression. Putin has paid a high price for his decision to invade Ukraine, but if he is able to secure Russian control over the areas currently under occupation, he will regard the sacrifices of the past eight months as worthwhile. It will only be a matter of time before Ukraine faces a new Russian invasion.

Almost all wars ultimately end at the negotiating table. However, it is vital for global security that any future peace talks with Russia take place on Ukraine’s terms. That can only happen if Putin’s invasion ends in decisive defeat. Until then, there should be no negotiations about Ukraine without Ukraine.

Mark Temnycky is an accredited freelance journalist covering Eastern Europe and a nonresident fellow at the Atlantic Council’s Eurasia Center. He can be found on Twitter @MTemnycky.

Image: 86-year-old Antonina Suchevska grieves in front of her son's grave in Irpin outside Kyiv. May 14, 2022. (Hiroto Sekiguchi/The Yomiuri Shimbun via Reuters Connect)