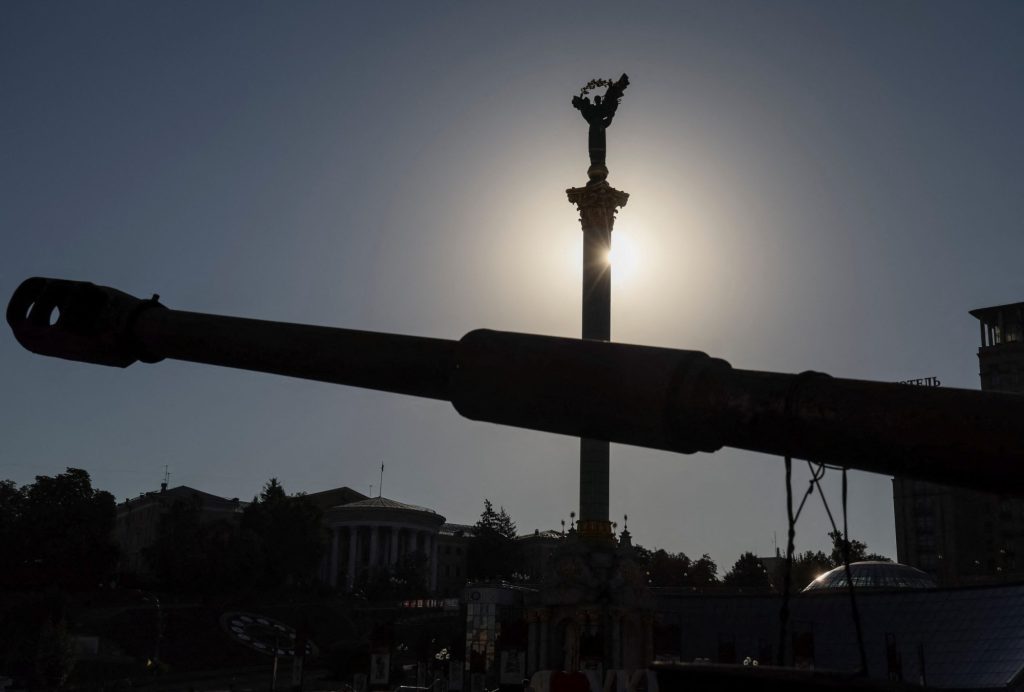 Amnesty International provoked outrage earlier this month with a controversial and misguided press release that accused the Ukrainian armed forces of endangering civilians. The fallout is ongoing. The head of Amnesty’s Ukraine branch, Oksana Pokalchuk, has resigned. Several colleagues have followed suit, including the co-founder of Amnesty Sweden and as many as eighty members of Amnesty Norway.

The report, which according to Amnesty was written in an effort to protect civilians, has unwittingly endangered them by fueling Russian propaganda narratives. The unintended yet predictable consequences of the report have prompted Amnesty International to announce a much-needed internal review.

Amnesty accused the Ukrainian armed forces of “launching strikes from within populated residential areas as well as basing themselves in civilian buildings.” The report implies some sort of blanket prohibition on operating in civilian areas or using civilian infrastructure, when in fact the military’s responsibility under international law is to avoid locating military objectives near populated areas and to protect civilians from the dangers resulting from military operations to the maximum extent possible. Amnesty’s misinterpretation has muddied the waters with potentially disastrous consequences.

In a recent episode that illustrated the problematic nature of the report, Russia’s ambassador to the United Nations Vasily Nebenzya referenced Amnesty’s findings as justification for Russia’s occupation and militarization of the Zaporizhia nuclear power plant in southern Ukraine. The Russian armed forces stand accused of using the plant, which by Nebenzya’s own admission is civilian infrastructure, to house the artillery and rocket systems it uses to attack Ukrainian forces on the other side of the Dnipro River. When the Ukrainians fire back, they are accused of targeting civilian infrastructure.

How did Amnesty get it so dangerously wrong? The organization itself wants to know and will undertake a review conducted by external reviewers to examine the decisions and working practices within Amnesty that led to the publication of the release. “We want to understand what exactly went wrong and why, in order to learn lessons and improve our work in the field of human rights,” Amnesty International said.

As Amnesty begins its assessment of what went wrong, Oksana Pokalchuk has offered her own diagnosis. In an op-ed published in the Washington Post on August 13, Pokalchuk identified some of Amnesty’s missteps, including its failure to adequately cooperate with the Ukrainian government and its wild misinterpretation of international law.

Amnesty’s argument that the Ukrainian military should somehow protect populated areas from afar is completely out of touch with the military realities of Russia’s ongoing invasion, Pokalchuk noted. Instead, she explained, assessments of how well a military protects civilians must be made on a case-by-case basis.

Shame is an important tool for compelling governments and militaries to adhere to international norms. But so is cooperation. Pokalchuk highlighted that the Ukrainian government has a solid track record of responding to Amnesty’s concerns and was not given adequate time to respond in this instance.

The founder of the UA Recover Initiative, Donald Bowser, has called attention to Ukraine’s successes in compliance with international humanitarian law (IHL). In what he identified as one of the great reforms in the Ukrainian military over the last eight years, thousands of Ukrainian officers were trained on IHL in joint programs with international organizations. IHL has been integrated into the curriculum of both military universities and army training programs. Given Ukraine’s record on compliance, it seems Amnesty had other avenues to voice their concerns that could have enabled them to advocate for Ukrainian civilians without empowering their Russian attackers.

Pokalchuk also recounted how Amnesty’s Ukrainian branch was silenced in favor of a team of international researchers who were unfamiliar with the local language and context. Pokalchuk described the attitude of the main branch as “condescending and unfair” and highlighted the “total disregard for the principle of international solidarity proclaimed in Amnesty’s statute.”

But while Amnesty’s main branch stands accused of colonial attitudes, the organization’s Canadian branch has tried to demonstrate solidarity with Ukraine. In its own statement, Amnesty Canada expressed regret that the press release was published without sufficient context and did not pay due attention to the numerous war crimes committed by the Russian military in Ukraine. It also condemned the instrumentalization of the report by Russian propagandists.

“Several years ago, Amnesty International purposefully decentralized to better listen, respond to, and be led by the voices of human rights defenders on the frontlines. Unfortunately, this press release defaulted to outdated ways of working that centralize knowledge and decision-making while placing local expertise and understanding at the margins. We have done this at considerable risk to our colleagues and rights holders in Ukraine,” Amnesty Canada wrote.

As Pokalchuk emphasized in her editorial, Amnesty has a dedicated staff of human rights advocates and researchers, all of whom share a commitment to humanitarian values including amplifying diverse voices and international solidarity. As it conducts its postmortem, returning to those values is step number one. Amnesty’s leadership has a responsibility to uphold its stated mission and to place its trust in its staff, especially when they raise red flags. Failure to do so in Ukraine has proved disastrous but can hopefully serve as a much-needed wake-up call.

Lillian Posner is a Research Associate at the Council on Foreign Relations. She earned her master’s degree in Eurasian, Russian, and East European Studies from Georgetown University.

Image: A cannon of a destroyed Russian military vehicle pictured with Kyiv's Independence Monument in the background, August 24, 2022. (REUTERS/Gleb Garanich)