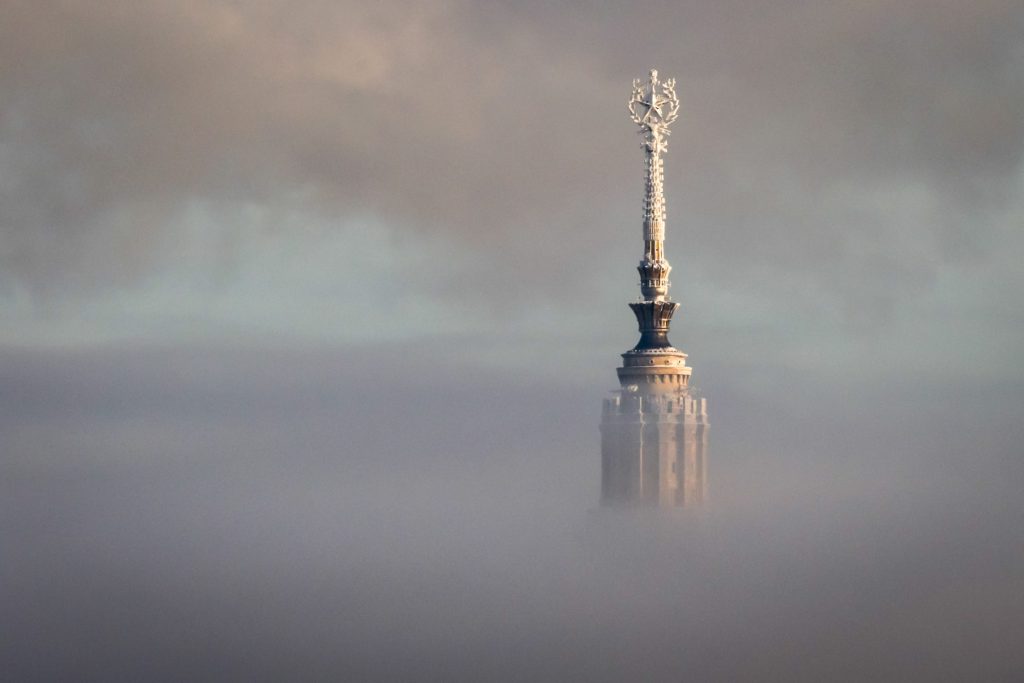 Russian President Vladimir Putin recently escalated his invasion of Ukraine by officially annexing four partially occupied Ukrainian regions. In his address accompanying these annexations, Putin made clear that he sees the current war as an existential struggle with the collective West to shape the future of the entire world.

For now, he is losing. Russian troops in eastern Ukraine have suffered a string of humiliating defeats in recent weeks and have been forced to retreat in disarray. Putin’s response to these setbacks has been to raise the stakes further. In addition to annexing around 15% of Ukrainian territory, he has also announced Russia’s first mobilization since World War II and indicated that he is prepared to use nuclear weapons if necessary to achieve his war aims in Ukraine.

While the Kremlin’s nuclear saber-rattling has dominated discussions over what to expect next, the most likely indication of Moscow’s immediate intentions came earlier in September when Russian forces launched a series of targeted attacks against Ukraine’s civilian infrastructure. These missile strikes left much of northern and eastern Ukraine termporarily without electricity while also causing flooding in the south of the country.

Putin himself confirmed that these attacks were a taste of things to come if Russia’s fortunes on the battlefield continue to deteriorate. “Just recently the Russian army hit some sensitive targets. Let’s consider this a warning,” he said on September 16 in the wake of Ukraine’s successful Kharkiv counter-offensive. “If the situation develops further in this direction, our response will be more serious.”

Ukrainians are well aware of the threat posed by large-scale attacks on the country’s civilian infrastructure and are preparing accordingly. With the winter season fast approaching, Ukrainian faces the prospect of entire regions suffering power blackouts and heating failures during periods of intense cold weather. The consequences for the civilian population could be catastrophic.

The current situation in the European Union is obviously not as dramatic as Ukraine’s predicament, but EU nations are also facing the prospect of an extremely challenging winter courtesy of the Kremlin. For several months, Russia has been indicating its plans to use energy supplies as a weapon in its confrontation with the West. The recent blasts on Russia’s Nord Stream pipelines are the latest episode in a drama that appears designed to prevent Europe from receiving Russian gas during the coming winter months in order to force EU leaders to end their support for Ukraine.

This is setting the stage for what some observers predict will be the most difficult European winter since World War II. According to World Bank forecasts, energy prices are set to rise further. Mounting energy bills are already driving up the cost of living, with inflation surging to record levels throughout Europe. Higher prices for basic foodstuffs and other essentials will hurt poorer households and could fuel political instability across the continent. Kremlin agents are already working with local allies within the EU to spread the message that everything can be solved by abandoning Ukraine.

While Europeans count the cost of their confrontation with the Kremlin in financial terms, Ukrainians are paying a far higher price. Tens of thousands have already been killed by the invading Russian army in the past seven months and millions are currently living under Russian occupation. Millions more have either lost their homes or been forced to flee. Due to the indiscriminate artillery bombardments favored by Putin’s military, many towns and cities in both occupied and free Ukraine are approaching the winter season with entire residential districts destroyed or uninhabitable.

Ever since Russia’s full-scale invasion of Ukraine began in February 2022, there have been calls from some quarters within the EU to end the war by offering concessions to the Kremlin. Putin’s recent escalatory actions, along with his unhinged anti-Western rhetoric, should now serve to shatter any illusions over the possibility of reaching a negotiated settlement with the current Russian regime. Instead, European leaders should reaffirm their commitment to a Ukrainian victory and demonstrate that their resolve will not be broken by nuclear threats or energy blackmail.

The last time Europe faced a threat similar to the challenges posed by Putin’s Russia was during the rise of Nazi Germany in the 1930s. Like Hitler, Putin is annexing neighboring lands under the guise of reuniting ethnic brethren while threatening the wider world with the prospect of a devastating war. Like Hitler, Putin openly employs the language of genocide and is putting his criminal worldview into action. Stopping him will require unprecedented unity within the ranks of the democratic world.

As winter draws nearer, Kremlin propagandists will promote the idea that efforts to oppose Russia in Ukraine are futile. The economic pain being inflicted on European families is in vain, they will say. Such messaging is likely to resonate with millions of people across Europe who find themselves shivering in partially heated homes and struggling to provide for themselves and their families. Calls will inevitably mount for a compromise deal that would condemn millions of Ukrainians in currently occupied regions of the country to a grim future under Russian rule.

This is why it is more important than ever to remain focused on the bigger picture. If Putin’s Ukraine invasion does not end in a decisive defeat, the consequences for Europe will be far graver than today’s energy shortages and economic woes. Russian success in Ukraine would be followed by similar military aggression against other nations of the former Soviet Union. All European countries would feel the political chill as a triumphant Moscow asserted its newfound authority to undermine the EU and fuel political extremism throughout the continent. Generations of democratic progress would be in danger.

The coming months will not be easy for anyone. Some will be colder or hungrier than usual. Others will face bombs and blackouts. All will be confronted with the same question: what price are you willing to pay to preserve the core European values of freedom, dignity, and democratic rights?

Surrendering to the Kremlin would sacrifice Europe’s future for the dubious benefits of a temporary pause in Russian aggression. Instead, Europeans must remain united in their pursuit of Ukrainian victory. This is the only way to avoid the prospect on many more weaponized winters in the years to come.

Kira Rudik is leader of the Golos party, member of the Ukrainian parliament, and Vice President of the Alliance of Liberals and Democrats for Europe (ALDE).