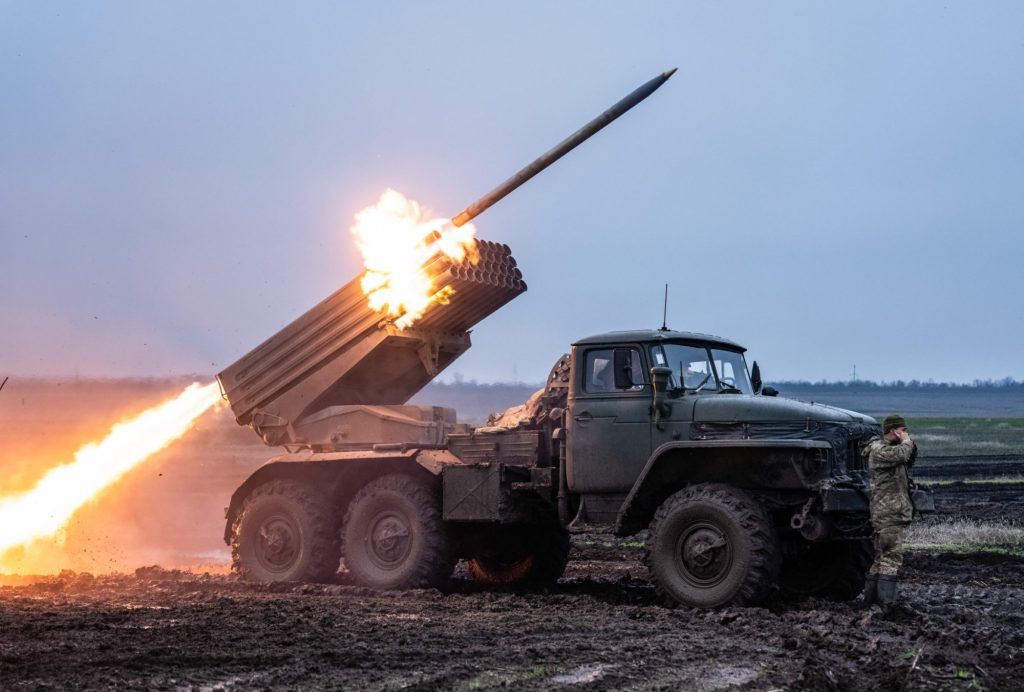 Since gaining independence in 1992, Moldova has been almost completely reliant on electricity generated from Russian gas. Moldova generated about 10% of its electricity needs domestically, while 20% was imported from Ukraine and the remaining 70% was produced by the MGRES Cuciurgan Power Plant in Transnistria, the unrecognized breakaway region of Moldova that has been controlled by Russia since the 1990s.

The Kremlin has used its stranglehold on Moldova’s gas supply to pressure the Moldovan authorities into political concessions. The most notable recent example of this trend was Moscow’s 2021 demand to adjust Moldova’s Deep and Comprehensive Free Trade Area (DCFTA) with the European Union in exchange for a new gas contract on more favorable terms.

Moldova’s current energy crisis began in October 2022, when Gazprom cut gas imports to Moldova by 30% in an attempt to squeeze the country’s pro-EU government. The resulting electricity shortage led the Transnistrian authorities to cut power deliveries from the Cuciurgan Power Plant to Moldova by 73%. The effect was immediate. A draft document presented to Western leaders in November showed Moldova experiencing a 200% increase in electricity prices and 34% inflation, forcing the average Moldovan to spend up to 75% of their income on energy utilities.

After Russian missiles began targeting Ukraine’s energy infrastructure on October 10, Ukraine was forced to suspend all electricity exports to Moldova. Romania quickly responded by allowing Moldova to import electricity at a capped price, while Romania itself subsidized the difference between the Romanian spot price. At present, 90% of Moldova’s domestic electricity demand is being met by Romania.

While electricity imports from Romania continue to keep Moldova afloat, the chief vulnerability to Moldova’s electrical system remains connectivity. Moldova possesses one singular high-voltage 400kV line, which runs from the Romanian border town of Isaccea through Transnistria. Any energy imported from Romania must be routed through the separatist region. Local energy experts believe Moldova’s reliance on a singular high-voltage line presents significant risks. Any accident or act of sabotage would leave Moldova exposed to long-term blackouts.

Transnistria itself is not immune to the escalating energy crisis. After Ukraine suspended electricity imports to Moldova, Transnistrian leaders announced their November gas deficit would hit 40%. Two of Transnistria’s largest gas consumers, the Rybnitsa Cement Plant and nearby Metallurgical Plant, were forced to cease operations.

Moldova has an immediate short-term need for direct financial support from the EU to offset rising energy costs. The European Union recently pledged 250 million euros during European Commission President Ursula von der Leyen’s visit to Chisinau. This financial support will be broken down into 40% grants, 40% loans, and 20% budgetary support.

Such financial backing is welcome, but more is needed. French President Emmanuel Macron’s pledge of 100 million euros announced at November’s Moldova Support Platform in Paris was another positive step, but Moldova will need sustained funding in order to continuously purchase electricity on the European spot market.

While the immediate focus is on addressing the current energy crisis, European policymakers can and should also invest in Moldova’s longer term energy security. This support should include backing for the expedited construction of the 400kV Vulcanesti-Chisinau power line, which would allow electricity imports from Romania to bypass the Cuciurgan Power Plant entirely.

This is now possible due to the synchronization of Ukrainian and Moldovan electrical networks with the Continental European Grid, a step taken earlier this year in an effort to move away from the Soviet-legacy Russian Unified National Electrical Grid. Without power grid synchronization, Moldova would have been forced to construct expensive “back-to-back” electrical transformers to convert imported electricity from the European Union to meet the parameters of the CIS electrical grid.

In the long term, policymakers should prioritize the construction of a high-voltage power line running from the Suceava substation in Romania to Balti in northern Moldova. Former Moldovan President Igor Dodon earlier proposed the project together with the European Bank for Reconstruction and Development, Moldova’s Moldelectrica, and Romania’s Transelectrica, but the initiative has largely stalled. Reviving the Suceava-Balti power line project would indicate the EU’s interest in supporting Moldova’s long-term energy security.

The effects of Russia’s invasion of Ukraine can already be felt beyond Ukraine’s borders. Every missile that falls on Ukraine exacerbates Moldova’s energy crisis and pushes the country closer to the brink. Europe must do everything in its power to help Moldova keep the power on this winter, and should also seek ways to move toward a more resilient state of energy security in the years to come.

Alexander St. Leger is an analyst at the Center for Advanced Defense Studies. He was previously a US Fulbright Program grantee in Moldova and Romania. You can follow him on Twitter @AlexStLeger.