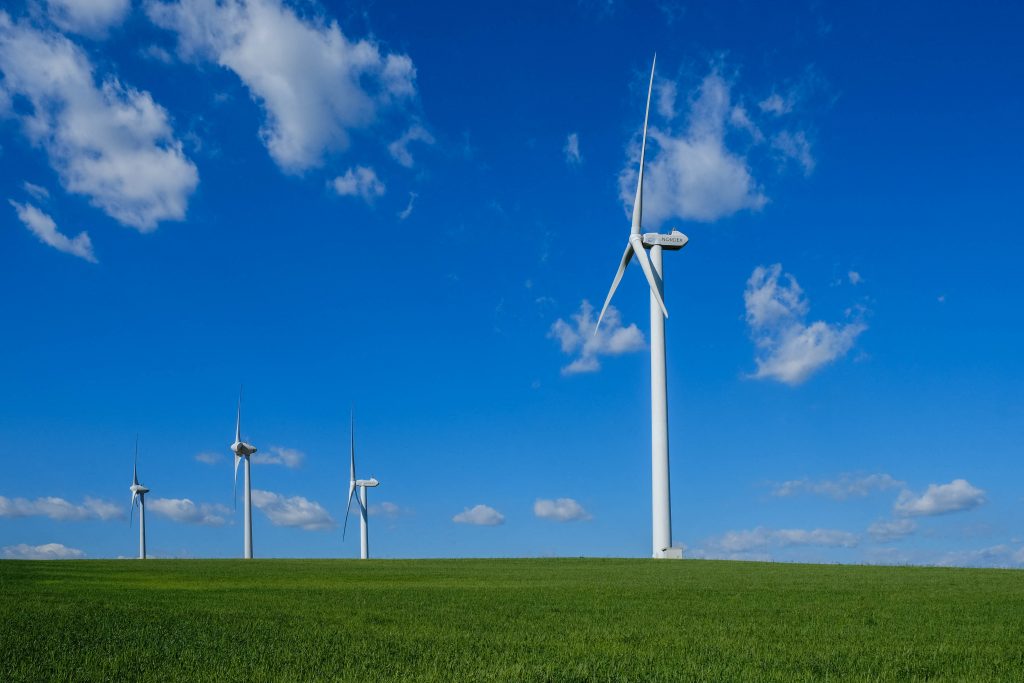 Ukrainian oil and gas giant Naftogaz has unveiled its strategy to 2025, identifying the need to achieve carbon neutrality as one of its three long-term objectives. This vision, and in particular the company’s declared interest in pursuing projects aligned with the EU’s green targets, should start a much-needed domestic debate about Ukraine’s options and how these would fit within Europe’s push for net zero emissions by 2050.

Up until now, Ukraine’s external priorities have focused on retaining its role as a key transit route for Russian gas. Ukraine fought against all odds to secure the renewal of a long-term contract when the previous ten-year deal expired in 2019, and has worked more than many EU members to adopt and implement European legislation.

The European Union as a whole, and some individual member states, have often failed to match Ukraine’s enthusiasm for EU regulations. There has also been little appetite to reward Kyiv’s loyalty by fully supporting its bid to remain a transit route, leaving the door open for rival Russian-spearheaded Nord Stream 2 or TurkStream projects to divert flows away from Ukraine.

While Ukraine must continue to fight with determination to retain its transit role in the medium-term, it must not lose sight of the fact that the global energy landscape is transforming at an unprecedented pace. It is already clear that new technologies will displace polluting fuels such as coal, natural gas, and oil in the long-term perspective.

Natural gas may remain a transit fuel of sorts, particularly in Eastern Europe where countries rely on coal or lignite for an estimated 40% of their electricity generation. However, under regulations that are currently being discussed in the EU, it will be more difficult for new gas projects to secure funding as this may hinge on demonstrating compliance with environmentally sustainable goals.

The EU is also considering the introduction of a carbon border tax imposed on polluting commodities or goods from non-EU states. Oil and gas imports are likely to be among the most affected, should this tax be introduced. It is not clear when the levy could come into force and what mitigation mechanisms could be introduced, but it is obvious that projects based on natural gas may no longer receive the kind of support they enjoyed in recent years.

This means Ukraine will have to devise a long-term strategy that embraces new opportunities and earns the country a leading role in Europe’s Green Deal vision. Such a task may be aided by several distinct advantages.

For example, the International Renewable Energy Agency (IRENA), World Bank, and EU have all argued Ukraine could become a world leader in renewable production, with just its offshore wind potential estimated at 100 gigawatts (GW). This would single-handedly represent a fifth of Europe’s offshore capacity. Considering its existing installed capacity as well as its vast potential, Ukraine could develop and scale up the production of electrolysed hydrogen from renewable forms of generation such as wind, solar, biomass, hydro, or nuclear.

Ukraine might also consider exploring and producing more natural gas with a view to transforming part of these volumes into hydrogen using steam methane reformation technology (SMR). Such a procedure may require the establishment of carbon capture and storage (CCS) facilities to ensure the end product is non-polluting.

Specialists say some of Ukraine’s vast storage capacity may be converted into CCS facilities at relatively moderate costs. More importantly, should Ukraine develop a hydrogen economy of scale, it could become an important exporter to the European Union. This is a role the EU itself has identified, noting that Ukraine could develop 10GW of electrolysed capacity by 2030. This would be one-eighth of the capacity required by the EU to reduce greenhouse gas emissions by 55% compared to the 1990 level within the next ten years.

In order to make the most of these Green Deal opportunities, Ukraine must first adapt its transmission and distribution infrastructures. Both the transmission system operator GTSO and Ukraine’s distribution companies are carrying out research and analysing the ability of the grid to accommodate different grades of hydrogen-natural gas blends.

A major challenge for both lies in the fact that Ukraine’s infrastructure is old and requires upgrading and automation before it is repurposed for hydrogen use. This may take a longer period of time to complete, considering the sheer size of the infrastructure networks involved. However, GTSO could develop off-grid research sites that would allow it to study the ability of the system to ship hydrogen even before a comprehensive analysis of the entire infrastructure is carried out.

As GTSO is looking to decommission parts of the transmission system, which is no longer used at its full capacity of 140 billion cubic metres annually, parts of the system could be reassembled into dedicated test sites. Such a site using decommissioned parts has already been recreated in the north of England, where the transmission system operator National Grid has been working to test technical parameters and understand potential safety risks as well as demonstrate that hydrogen can be securely transported using existing infrastructure. National Grid’s experience could help inform Ukraine’s own research.

Hydrogen is just one of the technologies Ukraine could consider to decarbonise industry or the heating sector. Electrification may be another, albeit a more expensive option. Whatever path it may choose, Ukraine will first have to start a proper debate on what the current European transformations entail for its own energy sector before taking a concerted approach, involving public and private sector members, to formulating and implementing long-term goals.

Dr. Aura Sabadus is an energy journalist who writes about Eastern Europe, Turkey, and Ukraine for Independent Commodity Intelligence Services (ICIS), a London-based global energy and petrochemicals news and market data provider. You can follow her on Twitter @Asabadus.

Can Putin’s pet pipeline still be saved from sanctions?

Russia continues to defy US attempts to block the Nord Stream 2 pipeline, but with the new administration of President Biden committed to stopping the project, can it still be saved?

How to improve EU-Ukraine energy cooperation in 2021

Ukraine’s GTSOU gas transportation system operator is hoping to expand cooperation with European partners in 2021 as part of efforts to diversify beyond the prior focus on Russian gas transit to EU markets.

Image: The International Renewable Energy Agency (IRENA), World Bank, and EU have all argued that Ukraine could become a world leader in renewable production. (Patrick Batard/ABACAPRESS.COM via REUTERS)