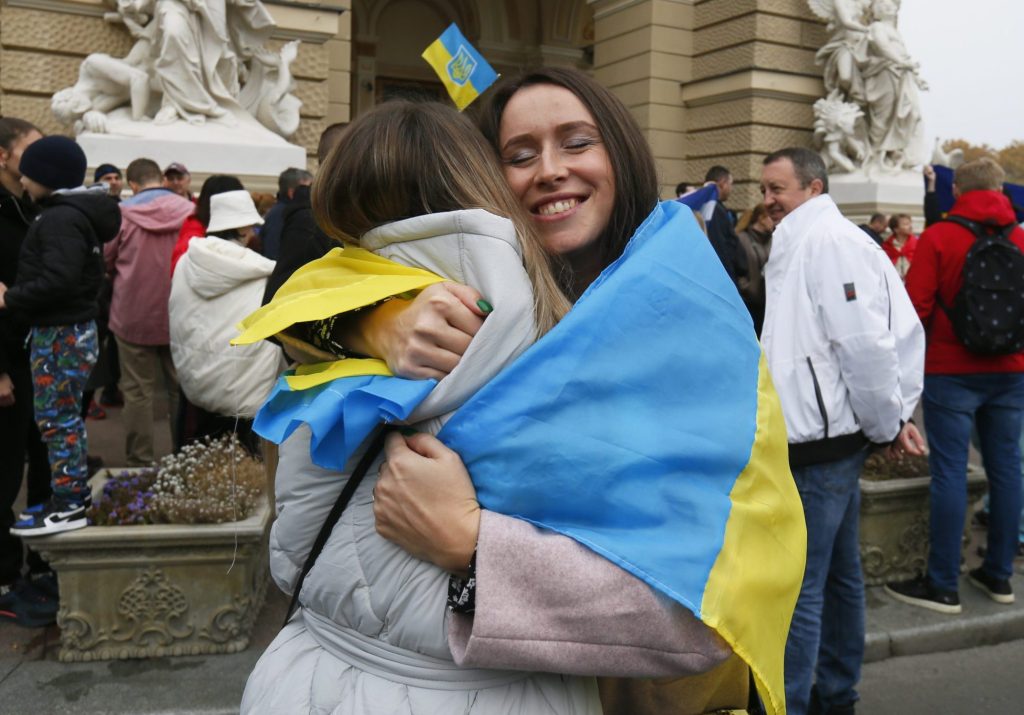 Why did Vladimir Putin invade Ukraine? Most international commentators still insist on viewing the war through the parallel prisms of resurgent Russian imperialism and NATO’s post-Cold War expansion. However, neither of these factors gets to the true heart of the subject. In reality, the devastating invasion launched on February 24, 2022, was primarily a desperate Russian reaction to Ukraine’s historic nation-building progress.

The widespread habit of underestimating Ukrainian agency has led to misleading perceptions of today’s conflict and an over-emphasis on Great Power politics. Such thinking discounts the fact that the Ukrainian people are directly responsible for their country’s recent emergence from centuries of Russian domination and have consciously chosen a democratic, European future. This is the ultimate reason why Putin launched Europe’s largest armed conflict since World War II, and it will continue to reshape the geopolitical landscape long after Russia’s criminal invasion is over.

All countries are defined by common experiences that guide them as nations and determine their future destiny. In Ukraine’s case, it is possible to identify a number of key moments and prominent trends over the past three decades of independence that have placed the country firmly on a path toward democratic development and Euro-Atlantic integration.

This has brought post-Soviet Ukraine into ever more intense confrontation with Putin’s Russia, which views the current Ukrainian trajectory as an existential threat to its own brand of authoritarian imperialism. If the former imperial heartlands of Ukraine succeed in freeing themselves from the Kremlin, this would drastically undermine Russia’s influence over other neighbors such as Moldova and Belarus along with the countries of Central Asia and the South Caucasus. In a worst-case scenario, Ukraine’s integration into the Western world could serve as a catalyst for the collapse of the Russian Federation itself.

Modern Ukraine’s civilizational split from authoritarian Russia began with the country’s December 1991 referendum, which produced a landslide vote in favor of Ukrainian independence. This momentous issue was decided not by violence but at the ballot box, following extensive public dialogue. The 1991 referendum set the political tone for independent Ukraine and established peaceful transfers of power via democratic means as a core principle for the newly independent country.

Ukraine’s political climate has not always been so orderly, of course. This is especially true of the numerous occasions when Russia has sought to interfere directly. Ukraine’s 2004 Orange Revolution and 2014 Revolution of Dignity stand out as particularly important turning points in the unraveling relationship between post-Soviet Kyiv and Moscow. These revolutions highlighted the Ukrainian public’s determination to prevent Russia from derailing the country’s democratic development.

Crucially, both revolutions were grassroots movements sparked by Russian interventions seeking to prevent Ukraine’s European integration and steer the country back toward a more authoritarian form of government. On both occasions, ever-widening groups within Ukrainian civil society engaged with each other and learned to cooperate, often forging ties with other regions of the country.

These people power uprisings marked the consolidation of Ukrainian civil society and highlighted the country’s capacity for collective action. As a consequence, civil society now has a high sense of self-efficacy and social capital. Independent Ukraine’s two revolutions established the democratic principle of rule by the people not only in theory but also in practice, while highlighting the diverging political paths of post-Soviet Russia and Ukraine.

Another crucial turning point in Ukraine’s nation-building journey was the annexation by Russia of Crimea in 2014 and Moscow’s subsequent armed intervention in eastern Ukraine’s Donbas region. This did much to undermine pro-Russian sentiment and strengthen Ukrainian identity throughout the country.

Putin’s use of force in 2014 discredited Russia as a potential partner while serving to remove much of his traditional support base in Ukraine. With economic opportunities sharply reduced and the political climate turning decisively against Moscow, many Kremlin sympathizers in the occupied parts of the Donbas and elsewhere in Ukraine chose to relocate to Russia. Others soon became disillusioned with the realities of the Russian occupation.

As relations with Russia have deteriorated, ties with the global Ukrainian diaspora have flourished. For decades, the Kremlin sought to portray the diaspora in dismissive terms as a reactionary force that was out of touch with contemporary Ukrainian realities. In recent years, diaspora Ukrainians have debunked these stereotypes and served as a vital bridge between the country and its international partners.

Deepening ties with Ukraine’s Western partners have played an important role in consolidating the country’s historic turn toward the democratic world. Much of the support Ukraine has received since 2014 has been conditional on social and economic reforms that have re-affirmed the country’s Euro-Atlantic integration. Civil society actors and government officials have come to recognize that these conditions lead to higher standards of living and a better quality of life in general. This is in stark contrast to relations with Russia, which even before the outbreak of hostilities in 2014 had long been associated with stagnation and inertia.

Since February 2022, Ukraine’s historic turn toward the West has been dramatically reinforced by the previously unimaginable horrors of Russia’s full-scale invasion. While Russian troops have killed thousands of civilians and destroyed entire Ukrainian cities, Ukraine’s Western partners have offered a wide range of essential aid and welcomed millions of Ukrainian refugees. For many Ukrainians, the experience of the past ten months has fundamentally altered perceptions of both Russia and the West. While they will long remember the Western response with immense gratitude, they will never forgive Russia.

The war has also fostered national integration within Ukraine by fueling unprecedented interaction among people from different regions of the country.  This integration has been happening as Russian missiles and bombs fall equally on Ukrainian citizens regardless of their region, ethnicity, or worldview. With the ferocity of the Russian invasion forcing millions of citizens to flee their homes in the Donbas, Kharkiv, Chernihiv, Kherson, and numerous other provinces, a massive cultural exchange is taking place as different segments of the population are brought together and united by a common cause.

This cultural exchange extends beyond Ukraine’s borders to the country’s European neighbors. Millions of Ukrainians have sought sanctuary in Poland, Germany, the Czech Republic, Slovakia, the Baltic States, and a host of other European countries. The support extended by these countries shows that they, in turn, all appreciate the sacrifices currently being made by Ukrainians in defense of European security.

The huge refugee wave since February 2022 has resulted in entirely new levels of interaction between Ukrainians and other Europeans. As a result, earlier misconceptions are being replaced by a more nuanced understanding of each other and an appreciation of how much Ukrainians have in common with the wider European community. The growing solidarity and engagement of the past ten months is laying the foundations for what promises to be decades of intensifying partnership and cooperation.

The Russian invasion of Ukraine is still far from over, but it is already difficult to see how Putin can achieve his goal of extinguishing Ukrainian statehood and forcing a Russified Ukraine back into the Kremlin’s exclusive sphere of influence. Instead, the war has dramatically accelerated long-term trends and widened the civilizational divide separating Moscow and Kyiv. A reduced Russia now looks destined to spend an extended period in international isolation, while Ukraine is firmly on track to cement its position as a valued member of the democratic world.

As Ukrainian President Volodymyr Zelenskyy told the US Congress during his historic December 2022 address, “Your money is not charity. It is an investment in global security and democracy.” Indeed, at present it would appear that US support for Ukraine has been one of the most successful foreign policy investments in American history.

Dennis Soltys is a retired Canadian professor of comparative politics living in Almaty.

Image: Kherson residents temporarily living in Odesa holding national flags and placards celebrate the liberation of their native town in Odesa on 12 November 2022. (Photo by STR/NurPhoto)