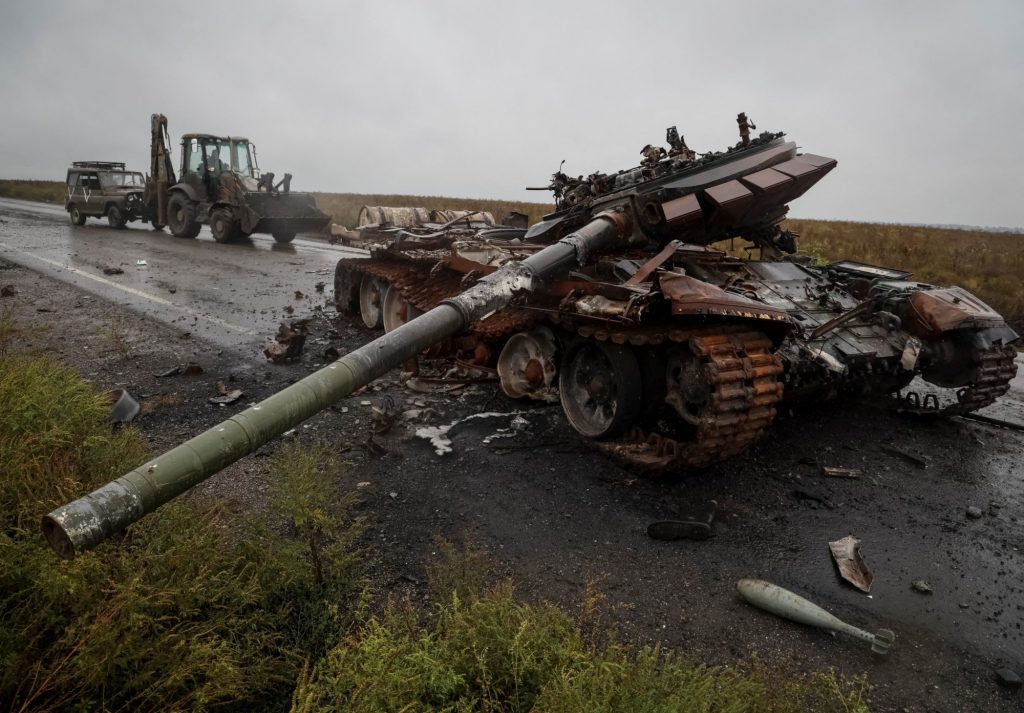 Almost nine months since his tanks first rolled across the border, it is now clear that Vladimir Putin’s invasion of Ukraine is an old-fashioned colonial war complete with illegal annexations and the denial of Ukraine’s right to exist. This savage act of aggression reflects modern Russia’s refusal to abandon its imperial identity and Moscow’s readiness to employ military force as a foreign policy tool. Until this resurgent brand of Russian imperialism is decisively defeated, it will remain one of the greatest threats to global security.

Russia’s defeat may be closer at hand than many people currently appreciate. The invasion of Ukraine is rapidly unraveling, with Putin’s demoralized army consistently finding itself outfought and out-thought on the battlefield. Russia has already been forced to retreat from more than half of the territory occupied since the invasion began in February, with most observers expecting Ukraine’s highly motivated and battle-hardened military to liberate more of the country in the coming winter months.

The failure of Putin’s invasion is due in large part to his imperial arrogance and habit of underestimating the Ukrainian people. Throughout his political career, the Russian dictator has refused to recognize Ukraine as a separate and independent nation. Instead, he has insisted on dismissing Ukrainians as inferior Russians while dangerously downplaying the strength of Ukrainian national feeling.

Crucially, Putin has never acknowledged Ukrainian agency and has sought to blame each successive Russian failure in Ukraine on the meddling interference of foreign actors. In 2004, Putin’s clumsy attempts to rig Ukraine’s presidential election and install a pro-Russian candidate led directly to the Orange Revolution. Rather than admit his error, Putin accused the West of orchestrating Ukraine’s big pro-democracy breakthrough. Ten years later when millions of Ukrainians once again took to the streets in defense of their European choice, Putin repeated his earlier mistake and blamed the entire uprising on Western agents.

Putin’s ultimate blunder was his February 2022 decision to launch a full-scale invasion of Ukraine. He seems to have bought into his own propaganda and genuinely believed the invading Russian army would be welcomed as liberators. Instead, Putin has found himself at war with a nation of forty million Ukrainians who now view Russia as their sworn enemy. The escalating conflict has also had a disastrous impact on Russia’s international standing, with Putin himself now widely viewed as a pariah and even formerly friendly nations such as China and India looking to distance themselves from the Kremlin.

While the war is far from over, even the most committed of Russian imperialists now recognize that the invasion can no longer hope to achieve its original goals of extinguishing Ukrainian statehood and forcing Ukrainians to accept an imposed Russian identity. Confronted by the grim spectacle of retreat after retreat, they are gradually coming to terms with the previously unthinkable notion that Russia may have already lost the war.

This realization is sparking panic in Moscow. Regime officials and nationalist hardliners understand that losing the war in Ukraine would be an existential defeat that could bring about the collapse of Russian imperialism. So far, they have responded with bloodcurdling threats and nuclear blackmail, while raising the rhetorical stakes by ranting about holy wars against Satanists. The escalating campaign of Russian airstrikes against civilian Ukrainian targets is further evidence of Moscow’s fury and frustration over battlefield failures.

Western leaders must ignore Russia’s threats and remain steadfast in their support for Ukraine. The Kremlin is currently desperate to secure a ceasefire in order to rearm and rebuild its shattered military. In the interests of international security, it is vital that these efforts fail. The West currently has a rare window of opportunity to deal a decisive blow to Russian imperialism. If this moment is not seized, the price of countering the Kremlin will continue to rise.

The defeat of Russian imperialism would bring a range of benefits that would be felt far beyond the borders of Ukraine. The most immediate effect would be an economic upswing as the negative impact of the war on the global economy is lifted.

Russia’s defeat would also pave the way for a transformation of the international security apparatus, including new approaches to preventing the crime of aggression, crimes against humanity, and genocide. Reforming the United Nations Security Council and rethinking the veto powers of permanent members would be high on the agenda. New security approaches for Eurasia would also be critical, with NATO and the EU both playing key roles.

The collapse of Russian imperialism would reinvigorate global democracy and serve as a powerful blow to the forces of autocracy. It would deter other authoritarian regimes from imposing themselves on smaller neighbors and encourage countries to embrace democratic values by demonstrating that they can expect to receive support from the democratic world.

Defeat in Ukraine would almost certainly lead to rising demands for independence among the many non-Russian nations within today’s Russian Federation. This would present a range of security challenges for the international community similar to the issues faced following the collapse of the USSR. As setbacks in Ukraine expose Moscow’s military weakness, the disintegration of Russia into a number of smaller nation states is no longer beyond the realms of possibility; the international community should begin preparing now for such an outcome.

Other countries in the post-Soviet region would also have the opportunity to abandon pro-Kremlin positions in the wake of a Russian imperial collapse. Belarus, which is currently under unofficial Russian occupation, would be of particular importance in this process. The liberation of Belarus would create the possibility of establishing a firm and geographically coherent border along Europe’s eastern flank.

Vladimir Putin’s invasion of Ukraine is widely acknowledged as the biggest threat to the global security system since the end of the Cold War. The Russian dictator is seeking to rewrite the rule book and drag the international community back to a time of naked imperial aggression. If he succeeds, the whole world will enter a menacing new era of conflict and confrontation marked by escalating militarism and closed borders.

Luckily, there is an alternative. Ukraine has already destroyed the central imperial myth of Russian military invincibility and has demonstrated that it is more than capable of beating Putin’s forces on the battlefield. If the West maintains its support and provides Kyiv with the tools to finish the job, there is every reason to believe Ukraine can decisively defeat Russia.

This would be an historic victory for Ukraine itself, but it would also represent a hugely significant win for the wider international community. Defeat in Ukraine would leave Russia’s imperial ideology in tatters while paving the way for a lasting peace in Europe. It would help secure a rules-based geopolitical environment where smaller countries are free to determine their own fate and need not fear their larger neighbors. These goals are within reach. All that is required is unwavering support for Ukraine.

Danylo Lubkivsky is the director of the Kyiv Security Forum and former Deputy Foreign Minister of Ukraine.

Image: A destroyed Russian tank is seen as a Ukrainian serviceman in a tractor tows a captured Russian military vehicle in Kharkiv region. September 23, 2022. (REUTERS/Gleb Garanich)