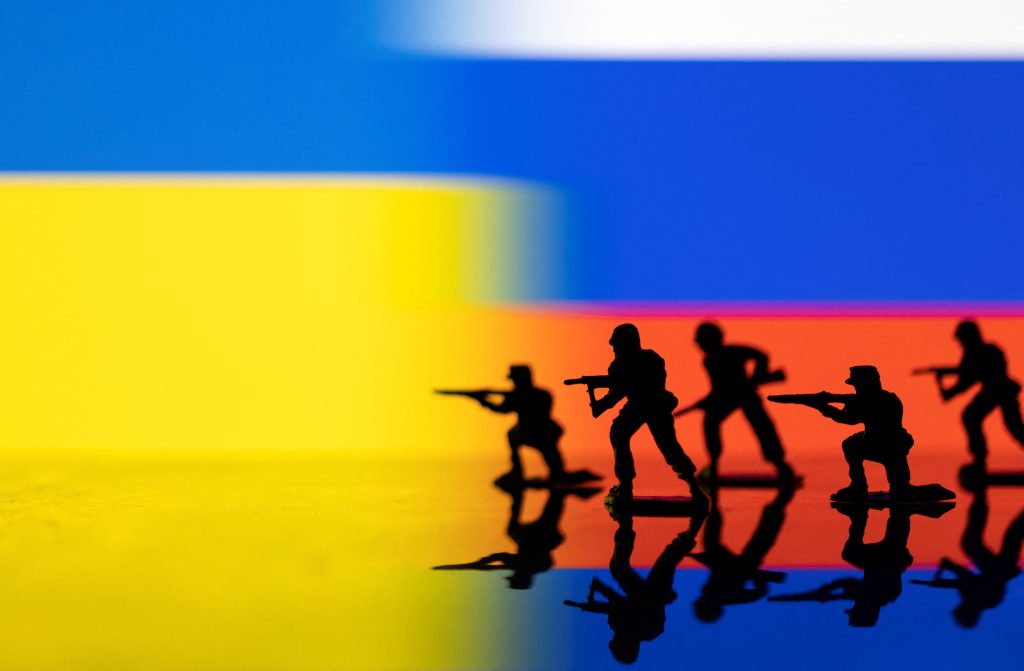 Hybrid warfare experts are watching closely over the next few days for a “Munich moment”: a Russian offer of a high-stakes, last-minute diplomatic deal to forestall a further Russian invasion of Ukraine.

“Munich” in this case refers not to this weekend’s annual Munich Security Conference for heads of state and top international security leaders. Instead, it refers to the justly infamous Munich Agreement of 1938, in which German chancellor Adolf Hitler and the leaders of Britain, France, and Italy but not Czechoslovakia agreed to a German takeover of Czechoslovakia’s Sudetenland region, on the ground that its people were German and that it rightfully belonged to Germany.

Adolf Hitler got what he wanted from the Munich Agreement. Upon British Prime Minister Neville Chamberlain’s return from Germany, he famously stepped off his airplane to announce that the agreement had achieved “peace for our time.” World War II started eleven months later.

With Munich in mind, whether Russian President Vladimir Putin has already decided to launch missiles, tanks, and cyber attacks against Ukraine may be the wrong question to ask. Instead, he may have embarked on a serious effort to see if he can get genuine concessions without launching a real invasion. Only he may know what his real “Deal or No Deal” decision will be.

That’s not to say that Russia’s military moves are a bluff. With today’s reconnaissance satellites and social media, Russia needs to take all the preparatory steps for an actual invasion to convince Western leaders that an invasion is imminent.

Even though US President Joe Biden said Friday he is convinced Russian President Vladimir Putin will order missiles, tanks, and cyber attacks towards Kyiv, Biden still held the door open for diplomacy. The stage is therefore set for Putin to call for one last-minute virtual meeting to achieve his “Munich moment” and get what he wants without a wider war. As Sun Tzu wrote more than two thousand years ago, “To win one hundred victories in one hundred battles is not the acme of skill. To subdue the enemy without fighting is the acme of skill.”

The Russia-Ukraine crisis looks like a proving ground for the Russian doctrine of hybrid warfare, just as Desert Storm was for the US doctrine of the AirLand Battle in 1990-1991. Hybrid warfare combines conventional warfare with political warfare, irregular warfare, cyber attacks, disinformation, and other means with the goal of achieving strategic victory.

Elements of hybrid warfare abound in the present crisis. Russia has marshaled 190,000 troops near Ukraine’s borders and has convinced President Biden, based on what Biden said Friday, that Putin is ready to order a further invasion.

However, Russia is also showing a willingness not to invade, provided its demands are met. To further Russia’s propaganda efforts, Moscow is carrying out false flag operations to justify its own aggressive military actions. Cyber attacks have occurred against Ukrainian government websites and banks. Russian disinformation operations are widespread, including against American audiences, according to US security officials and members of Congress who have been given classified briefings.

An often under-appreciated aspect of the present moment that differs from Sun Tzu’s time, or 1938, is the ability of world leaders to meet virtually as well as physically with almost no notice.

Putin and Biden have already met virtually in December and spoke on the phone on February 12. Several European leaders have visited Moscow to dissuade Putin from war while listening to his grievances and demands against NATO. If Putin offers a virtual meeting on a few hours’ notice, Biden’s signal Friday shows that he would accept.

This sets the stage for what may be Putin’s final move: a high-stakes diplomatic deal offered to the United States and the West before Putin gives the order to launch Russian tanks and missiles towards Kyiv. Like Munich in 1938, the international media and the public would be watching such talks intensely, but the talks themselves would be conducted in secret behind closed doors.

The important thing to understand about the dynamic of this situation, should it occur, is this: Putin has created the conditions for a high-stakes choice of history’s future path, and he will rightly be blamed for starting a war of choice, regardless of how it comes out.

If there is a last round of high-stakes diplomacy, Biden will make one of the most important decisions in his presidency in how he chooses to respond to Putin’s last-minute diplomatic gambit. As Munich showed in 1938, opting for a short-term peace and appeasing an autocrat’s ambitions is not the best answer.

Moments such as this are a test of leaders on the world stage. British Prime Minister Neville Chamberlain and French Premier Édouard Daladier failed the test in Munich in 1938. The magnitude of this failure has resonated for almost a century in how democratically elected leaders think about figures like Hitler and, perhaps, Putin. If Putin makes one last offer to Biden, Biden’s answer will probably do more than anything else in his presidency to cement his reputation in history.

Thomas S. Warrick is a Nonresident Senior Fellow at the Atlantic Council and Director of the The Future of DHS Project.

Russian President Vladimir Putin likes to claim that an anti-Russian genocide is underway in Ukraine but in reality he is upset by the historical loss of influence suffered by representatives of the Russian state.

Image: Russia has concentrated troops along the Ukrainian border and is poised to invade. February 13, 2022. (REUTERS/Dado Ruvic)