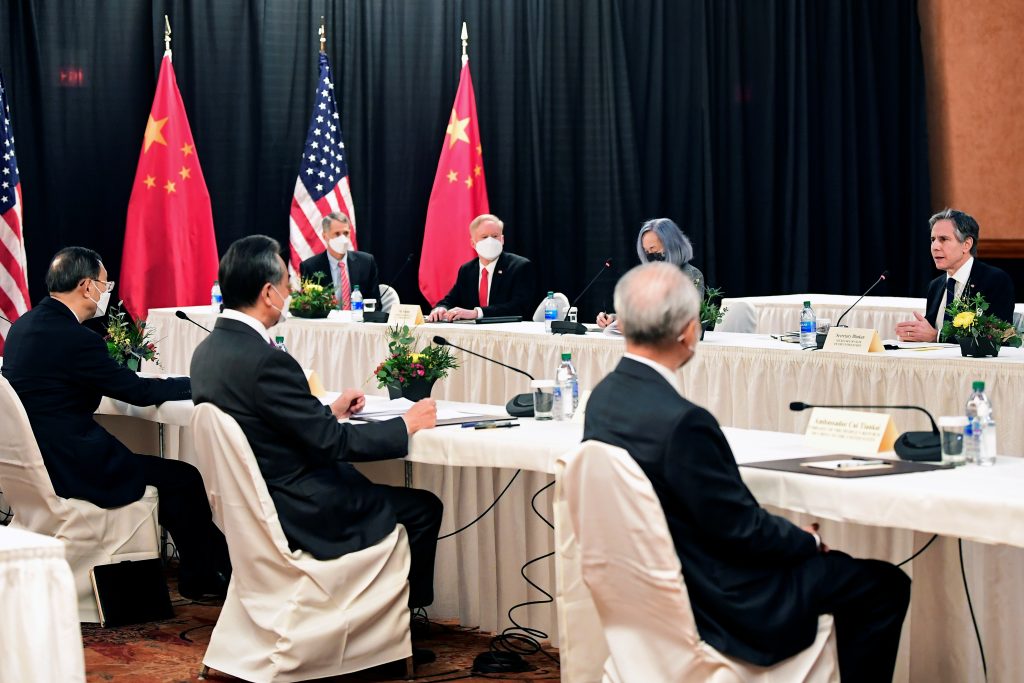 Indo-Pacific Quad and NATO.  President Biden joined the leaders of Australia, Japan, and India for the first-ever summit of the Indo-Pacific Quad, held virtually, that resulted in a joint statement committing to a region that is “free, open, inclusive, healthy, anchored by democratic values, and unconstrained by coercion.” The Summit was preceded by Secretary of State Blinken’s and Secretary of Defense Austin’s first visit to Asia to meet with Japanese and Korean officials. After the summit, Blinken went on to make his first visit to Europe, where he met with EU officials and NATO foreign ministers and pledged to revitalize the transatlantic alliance.

China-Iran Axis. China and Iran signed a sweeping 25-year economic and security cooperation agreement in which China agreed to invest $400 billion in Iran, potentially including railroads, ports, and 5G networks, in exchange for a steady and heavily discounted supply of oil. The agreement reportedly called for deepening military cooperation, including joint training and exercises, joint research and weapons development, and intelligence-sharing.

– US Secretary of State Tony Blinken

While several pillars remained unchanged, the Biden’s administration’s robust efforts to engage allies and partners significantly strengthened the alliances pillar, leading to our overall assessment that the democratic order was strengthened this month.