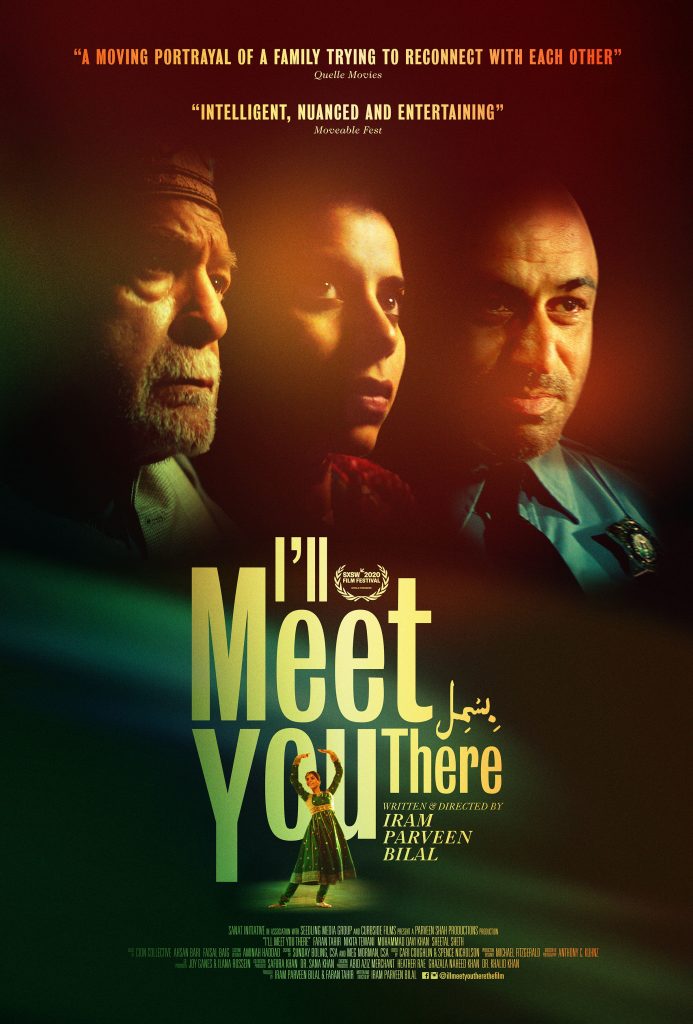 On May 21, 2021, the Atlantic Council’s South Asia Center hosted filmmaker Iram Parveen Bilal for a conversation on her new film, I’ll Meet You There, and the underlying issues it addresses relating to immigrants, identity, race and surveillance, and more. Also participating in the discussion were lead actor Faran Tahir, human rights lawyers Faiza Patel and Hasan Alam, film critic Sangita Shresthova, and Madihha Ahussain of Muslim Advocates. The conversation was moderated by Atlantic Council Distinguished Fellow Shuja Nawaz.

The inspiration behind I’ll Meet You There stems from an earlier script of Bilal’s written parallel to the discrimination and public fears Pakistani-Americans endured in America’s post-9/11 climate. The drama, set in a Pakistan immigrant community, follows a widowed Chicago policeman Majeed and his daughter Dua as he is recruited by the FBI to investigate recent bombings and she prepares a ballet audition for Juilliard despite its forbidden nature within her community. To further compound tensions, Majeed’s father and Dua’s grandfather Baba turns up unexpectedly following a twelve year estrangement. Loyalties, passions, identities, and faith are questioned and relationships are put to the test in this examination of the Pakistani-American experience.

Speaking to stereotypes, race, and the media, lead actor Faran Tahir expressed his appreciation for the film’s honest and multifaceted nature highlighting the need for non-judgmental dialogues that avoid vilifying or aggrandizing individuals. Ethnic actors, he argues, carry a built-in responsibility to humanize stereotypical characters so the audience has an opportunity to identify with them rather than exacerbate race-based prejudices. To him, there is a delicate balance between staying true to one’s morals and engaging with conventions in a reactionary way.

Likewise, Faiza Patel welcomed the film’s shift away from traditional portrayals of South Asian characters in its illustration of the tensions that Pakistani and Muslim-Americans face, coupled with the reality of the informant situation. In the post-9/11 period especially, police and the FBI recruited informants to report on discussions happening inside mosques which resulted in a fear of surveillance and media journalism among Muslim communities that endures today. In fact, Bilal toured fourteen different mosques in New York City before finding one willing to shoot the film, an example of the aforementioned tensions affected communities face.

North of the American border, racial and ethnic discrimination also endure. According to Hasan Alam, Canada’s involvement in the “war on terror” abroad and domestically prompted the build-up of the country’s security regime, including controversial legislation with questionable constitutionality. To combat such discrimination across institutions and society, all panelists consensed a need for both people reforming structures from the inside and those bringing change from the outside.

Following the panel discussion, film critic Sangita Shresthova and Madihha Ahussain of Muslim Advocates were brought on to offer comments and questions. Shresthova began by asking Bilal how much the idea of encouraging discussion and debates as an integral way to advocate for change was a goal of the film. To Bilal, doing so was a subconscious outcome; the film first and foremost reflects her own questions about the world. Shifting the conversation, Ahussain and Bilal discussed the experience of law enforcement different communities have in America. Muslim communities, for instance, are much more fearful of police for their history of discrimination.

The conversation closed with a quick synopsis of Bilal’s upcoming movie: a social media star, the cyberbullying she endures, and how women can reclaim public and online space.

On March 9, 2021, the Atlantic Council’s South Asia Center and the Embassy of Pakistan were joined by Pakistan’s Ambassador to the United States, H.E. Dr. Asad Majeed Khan, for a timely conversation on the future of the US-Pakistan relations.

Event Recap: “The Nine Lives of Pakistan” with Declan Walsh and Shuja Nawaz