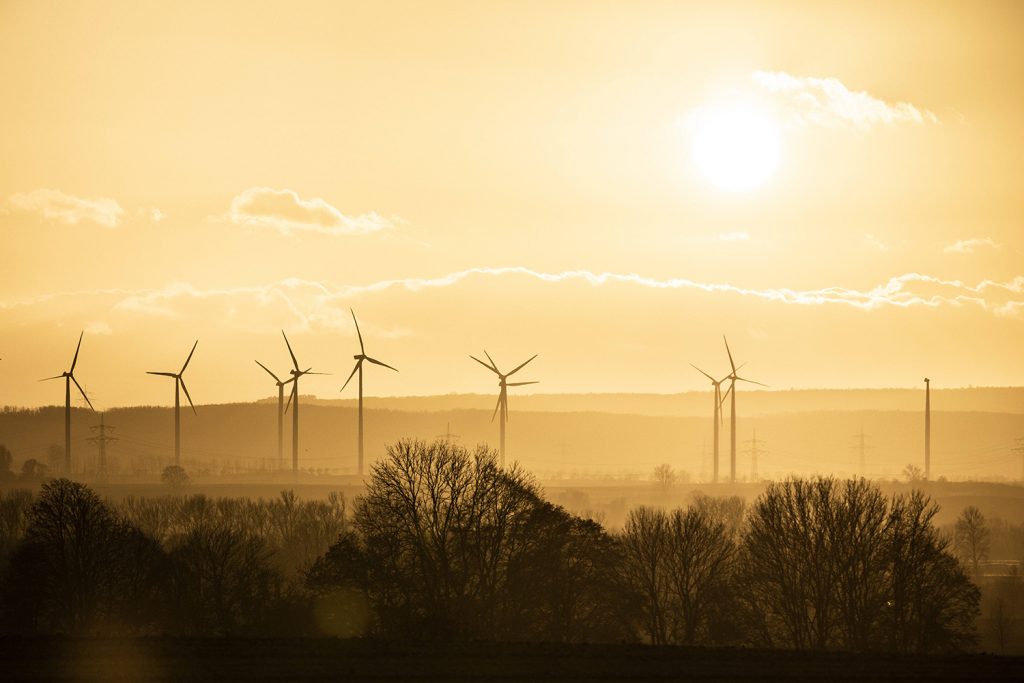 The 26th United Nations Climate Change Conference of the Parties (COP26) in Glasgow, Scotland—delayed until November 2021—is more likely to produce significant results now that US President Joe Biden occupies the White House, said a group of experts meeting virtually the day after Biden’s inauguration.

“It’s no secret that on this issue of climate change, the new US administration is much more amenable to that kind of conversation than the previous administration,” said Kwasi Kwarteng, the British secretary of state for business, energy, and industrial growth, during a panel at the Atlantic Council’s 2021 Global Energy Forum,

“The United States has a very important voice, and the absence of that voice in previous years has been noted,” said Glenn Pearce-Oroz, director of international relations and special projects at the organization SEforALL. “The renewal of that voice moving forward is going to be extremely important.”

Kate Hughes, director for international climate change at the UK Department for Business, Energy, and Industrial Strategy, agreed, suggesting that Biden “rejoining the Paris [climate] agreement… sends a very strong signal to the world that this is about unity.”

The panelists focused in part on the delicate balance between slashing greenhouse-gas emissions and reviving fragile economies in developing countries devastated by the pandemic.

Speaking to moderator Gillian Tett, US editor of the Financial Times, Kwarteng said it’s a challenging time to be discussing climate change as the world reels from the worst public-health crisis in generations.

“I think the huge pressure on economies through coronavirus does make this conversation more difficult, and it also means that the spotlight has been shone on issues relating to inequality and fairness,” he noted.

“If we don’t get it right, if we’re seen to be lecturing people, trying to force people to act in a certain way, I think you could have a backlash—not just in Western countries, but across other countries too,” Kwarteng added.

Kwarteng said he hopes, as a result of COP26, that countries expand their national commitments to cut carbon-dioxide emissions.

In late 2020, he noted, British Prime Minister Boris Johnson committed to a 68 percent reduction in carbon emissions by 2030, using 1990 as a baseline.

“This represents a step-up in ambitions. Our initial starting point was about 61 percent,” said Kwarteng. “We’re hopeful that other countries can really increase their ambitions in this regard, and that’s something that I think will be fundamental to the COP26 process.”

He also called his government’s agenda regarding its power system “absolutely critical.”

“As a former energy minister, decarbonizing our power system is number one,” he said. “We’ve already had considerable success, when I consider that 40 percent of our electricity generation was coal-powered as late as 2012. And today, in 2021, it’s zero… We want to push other countries—our friends and colleagues across the world—to have equal ambitions.”

Emissions cuts vs. economic growth: Can it end in a win-win?

Damilola Ogunbiyi, CEO of SEforALL, was asked if the COP26 agenda is ambitious enough—and if it’s even realistic to expect other countries to emulate the British example.

“The truth is, nobody’s asking other countries to copy what the UK is doing. But they’re asking countries to have a just transition that suits their economic growth,” responded Ogunbiyi, whose organization partners on energy issues with the United Nations and leaders in government, the private sector, and civil society.

“It’s a truly inclusive club, so it’s not just looking at the countries from the ‘Global North’ and improving what they’re doing,” she said. “There are a lot of developing countries and emerging economies that have other issues, especially the issue of energy access.”

Ogunbiyi added that forcing developing countries to “transition to something” else when they are industrializing would force hundreds of millions of people back into extreme poverty—just as their economies are reeling from the effects of the pandemic.

One bright spot, in fact, may be Pakistan.

Nadeem Babar, special assistant to the Pakistani prime minister on petroleum issues, said about 40 percent of the country’s total import bill is spent on energy. But it has ample hydroelectric, solar, and wind potential, he said. The country aims to generate more than half of all its electricity from renewable sources—namely hydro, solar, and wind—by 2050, with the goal to increase the proportion to 60 percent by 2030.

“We are very comfortable that [we] can meet those targets,” Babar said. If nuclear energy is added to the mix, Babar noted, then Pakistan may be able to reach 60 percent renewables by 2025 and 70 percent by 2030. In addition, the country of 223 million inhabitants aims to have 30 percent of the vehicles on its streets and highways running on electricity within ten years.

“For a developing country which is really starting from scratch, maybe we have the possibility of leapfrogging,” said Babar, adding that his country also hopes to plant ten billion trees over the next three years through its Ten Billion Trees Tsunami project. “We believe the reduction of our carbon footprint is quite doable. Pakistan, for the size of its population—it’s the sixth most-populous country—[is] actually one of the lowest carbon emitters in the world, with roughly one ton per capita per year. We don’t want to squander that away.”

One trend may be working in Pakistan’s favor: Throughout much of the world, renewable energy is now cheaper than electricity generated by fossil fuels.

“We are in a race to zero… yet we need technology to achieve the goals and decarbonize the economy as soon as possible,” said Agustín Delgado, chief innovation and sustainability officer at Spain’s Iberdrola, one of the world’s largest electric utility companies. “From our sector we have seen a really huge decrease in the cost of technologies—not only solar, but also onshore and offshore wind, batteries, electric vehicles, and so forth.”

“That’s the reason why we are seeing an acceleration of the deployment of renewable technologies all [over] the world,” he continued. “We can replace, in a competitive way, fossil-fuel plants with renewables. Here in Spain, we are closing most of our coal-powered plants while increasing our renewables.”

How to spark momentum and renewal for government climate ambitions

Chile has also been making progress on renewables, said Gonzalo Muñoz, whom the UN named a “high-level climate champion” for its COP25 meeting in Santiago in December 2019.

“I’m really proud of what we’re doing here in Chile, working not only towards closing all coal plants by 2040 but also [committing] to having 70 percent of renewable energy by 2030—all of that in the framework of a just transition,” he said, adding that only last week, ninety-two Japanese companies called on their own government to raise its 2030 renewable target from 40 percent to 50 percent. “That’s the type of message we want to see all around the world.”

SEforALL’s Pearce-Oroz said it’s critical to generate momentum that will last well beyond COP26. “Here we have, in my view, perhaps a once-in-a-generation opportunity to start looking at this problem from a political lens, from a technical lens, and from a financing lens,” he said.

Even so, Iberdrola’s Delgado said he worries that the world’s energy transformation is happening too slowly.

“Every [carbon dioxide] molecule that we emit today into the atmosphere counts. We have to do as much as possible to get the low-hanging fruit to reduce emissions today,” he said. “It’s not enough to say, ‘I’m not going to pollute in 2040 or 2050.’ The commitment has to be done today.”