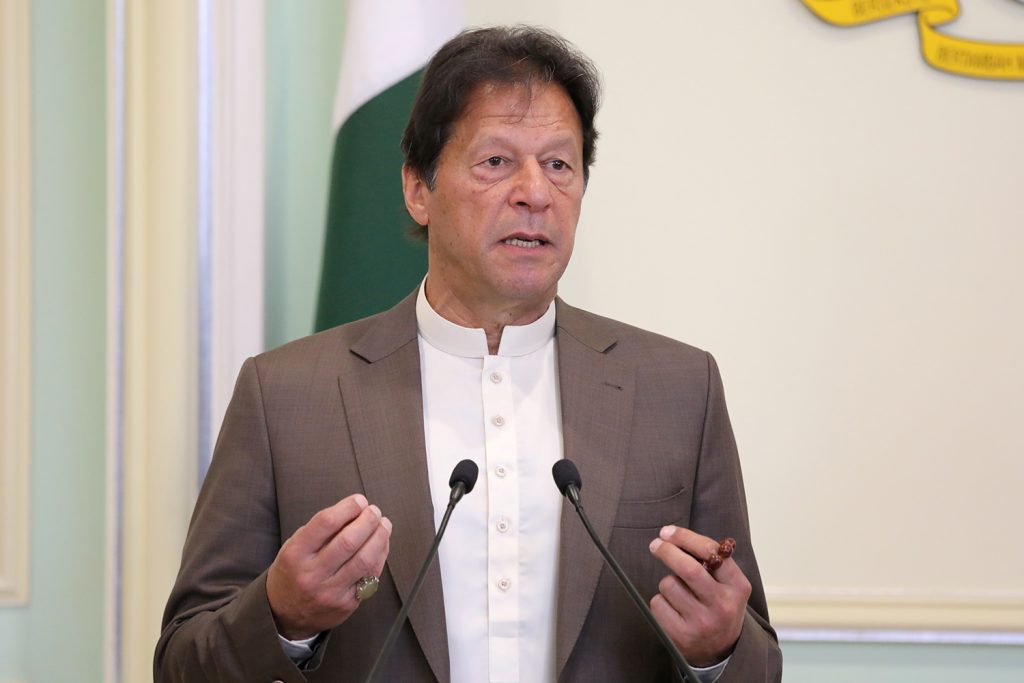 Pakistani Prime Minister Imran Khan faces a no-confidence motion in the country’s National Assembly (the lower house of its Parliament). The motion, which is expected to be tabled on March 25, 2022, will likely be followed by a vote on the prime minister’s future within a week. The move is a result of concerted efforts by opposition parties to unseat Khan. Some members of the prime minister’s own party, the Pakistan Tehreek-e-Insaf (PTI), meanwhile have said they too intend to cross the aisle and vote in favor of the motion.

This is not the first time in the history of Pakistan’s democracy that a prime minister has faced a vote of no-confidence, but Imran Khan could be the first to be ousted through one. Infamously, no prime minister in Pakistan’s history has ever completed their full term, either. Should Khan survive the upcoming vote, he might still have a shot at doing so.

Last month, Khan announced that he was reducing petrol prices and power tariffs to provide public relief amidst skyrocketing inflation and a steep devaluation of the Pakistani rupee. But the announcement failed to stop the country’s two main opposition parties—the Pakistan Muslim League-Nawaz (PML-N) and the Pakistan People’s Party (PPP)—from calling for the government’s ousting. The ruling party has also been criticized for its unpopular choice of chief minister in Punjab, Pakistan’s largest province, where poor administrative control together with reports of nepotism and corruption has eroded political support and galvanized an internal revolt within the ruling party.

Political strife in Pakistan has historically been a catalyst for the military to intervene in politics. Pakistan has had three military coups over the course of its seventy-four year history, and has spent half its existence under direct military rule. The last military dictatorship ended in 2008 and heralded a return to democracy marked by competitive multi-party elections, yet the military remains a powerful actor in Pakistan’s politics. The Army for its part has rejected allegations of political interference, and has publicly asked the country’s opposition as well as the media to refrain from dragging it into politics. That said, many still believe the Army’s support was critical in helping Khan catapult to power in the country’s last general election in 2018. The military is also believed to maintain influence over key political decisions, evident most recently in the divisive appointment of the country’s intelligence services chief. In recent days, Army Chief General Qamar Javed Bajwa also met with the prime minister. While ongoing political intrigue has fueled some speculation that the Army may be withdrawing its tacit support for Khan, behind-the-doors meeting between the two suggests that Army may be looking for ways to avert a major collision that could spur further political and economic instability.

Populist rhetoric has exacerbated the crisis

Prime Minister Khan and his ministers are using populist appeals in an attempt to weather the political storm. These appeals range from accusing the opposition of being part of a foreign conspiracy to destabilize the current government, to criticizing the West for trying to dictate Pakistan’s foreign policy, to invoking religious nationalism to rally Khan’s supporters. The prime minister’s decision to slash power tariffs and petroleum prices, while locally popular, is likely to be at odds with an agreement that his government has undertaken with the International Monetary Fund (IMF) to reduce the country’s widening fiscal deficit. The Opposition, in turn, has used the IMF bailout to accuse the prime minister of selling Pakistan’s sovereignty to the West. Indeed, staving off pressure from the IMF while fending attacks from the Opposition will be a difficult balancing act for Khan. In a bid to win and maintain support, both the ruling party as well as the Opposition are likely to step up their use of populist rhetoric, even if it risks economic and political uncertainty.

In the balance: Free and fair elections

Should Prime Minister Khan lose the House’s confidence after the motion is tabled tomorrow, a new National Assembly session will be convened followed by an election for a new leader of the House. It remains to be seen whether the opposition will be able to remain united behind a consensus candidate for the position of prime minister, and indeed whether a stable coalition can make the transition into government or if fresh elections will have to be called. Pakistan’s last two general elections were mired in controversy and allegations of rigging. Indeed, opposition parties in Pakistan maintain that if Khan continues in power and is allowed to choose a new chief of army staff before the country’s next election (currently slated for October 2023), those elections may also not be impartial. The PTI, for its part, has come under criticism for having introduced controversial changes to the country’s Elections Act, which both the opposition and the Election Commission of Pakistan have argued are detrimental to the health of a clean and transparent electoral process.

Uncertainty is the only certainty

The Opposition needs 172 votes in Pakistan’s 342-member National Assembly to unseat Khan, and believes that together with PTI dissidents they may have just enough to make that happen. The prime minister, meanwhile, has warned the opposition that it will “lose this match badly.” The outcome of the vote will be consequential either way. Should Khan survive, he is likely to ratchet up accountability of the Opposition. He will also have to tackle rising prices quickly while consolidating control within his own ranks. Should the Opposition prevail, current leader of the Opposition Shahbaz Sharif has said that political parties intend to form a national government that excludes the PTI. The political uncertainty borne of such a move will not be without implications for a fragile economy, especially if Khan takes to the streets and launches nationwide protests. Irrespective of the prime minister’s fate following the vote, the ability of Pakistan’s delicate democracy to withstand impending political turbulence will determine just how far it has come as well as the miles it still has to go.

The writer is a PhD candidate at Yale University and incoming Assistant Professor at Tufts University’s Department of Political Science. Twitter: @fahdhumayun

Huge potential exists for Pakistan to increase its exports to the Central Asia region.