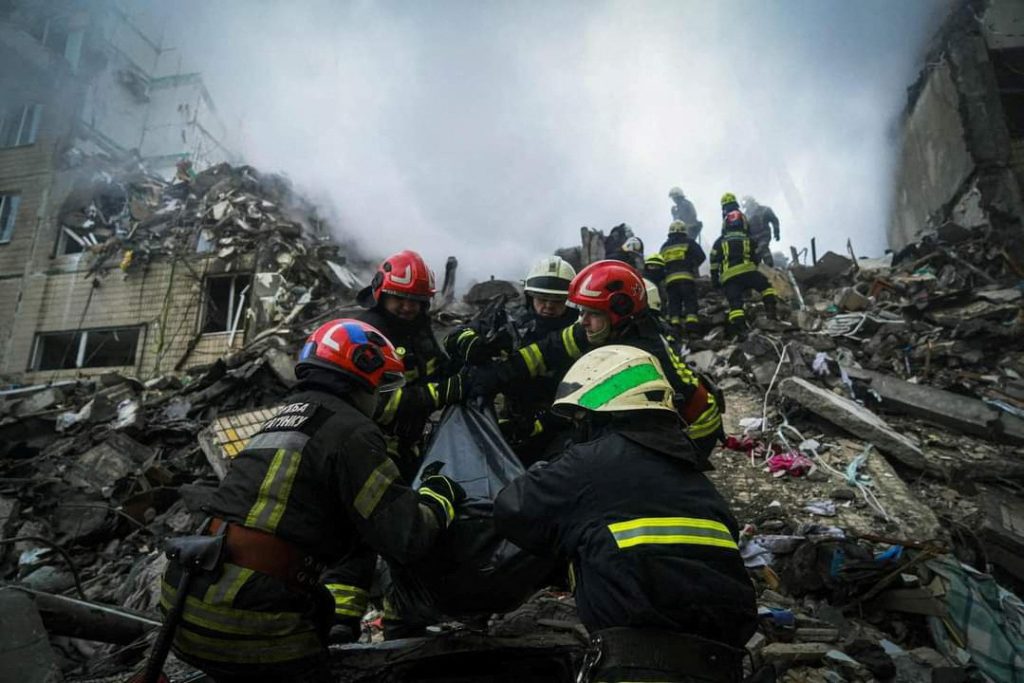 Equity is the avowed watchword of the Biden administration on issues of social justice and equalization of outcomes. However, this principle has yet to be fully applied in the case of Ukraine.

Equity is a part of the laws of war. All countries have the right to proportionate retaliation. Without this right, international law would be powerless. It is time to stop obstructing Ukraine from applying this law.

Since Russia’s full-scale invasion of Ukraine began in February 2022, the West has provided Ukraine with critical support. However, Western leaders have also limited the scope of the military aid they are prepared to provide. As a consequence, Russia been able to attack inside Ukraine with impunity while Ukraine has been severely restricted in its ability to engage in anything remotely resembling proportionate retaliation on Russian soil.

This has led to a surreal kind of war. The aggressor gets to punish the victim and wreak havoc on the victim’s terrain. The damage is limited to Ukrainian soil, while the aggressor’s own country remains virtually untouched. The current approach encourages international aggression and war crimes. It sets a dangerous precedent and needs to be reversed.

The generous explanation for this policy is that it is motivated by fear of Russia. Ukraine’s partners know they must act but they are intimidated by Moscow’s threats and are deeply reluctant to do anything that might lead to accusations of provoking Putin. This caution is encouraging exactly the kind of escalation that Western leaders claim they are seeking to avoid.

The first step back to reality is to acknowledge that Ukraine has the right of proportionate retaliation. This begins with a right to destroy critical infrastructure in Russia and plunge Moscow and other cities into darkness. If convincing, the threat of such consequences would likely deter Russia from further strikes on Ukrainian infrastructure. Facing real retaliation, Russia would lose the “escalation dominance” that the West has thus far guaranteed it.

The West should end restrictions on the supply of long-range missiles and arm Ukraine so that it can seriously threaten Russia with counterstrikes. That is how deterrence is done: not by arming Ukraine to occasionally poke Russia in the eye, but by arming it to deliver a proportionate response.

Ukraine’s rights of equity don’t end there. Truly proportionate retaliation would mean occupying entire Russian regions and reducing dozens of Russian towns and cities to rubble. I do not favor this extreme interpretation of proportionality, but do think Western leaders should be aware of it in order to underline the folly of asking Ukraine to bend over backwards.

What about Ukraine’s right to return of the nuclear missiles surrendered to Russia in 1994 in an agreement backed by the US? The security assurances received by Ukraine in 1994 have been repeatedly dishonored. As a co-signatory, the United States has been embarrassed by Russia.

Ukraine has every right to a deterrent that is as credible as the nuclear arsenal it unilaterally gave up. This conventional deterrent force should be capable of inflicting heavy damage on the territory of the aggressor state and not merely defending Ukrainian land. Ukraine must be able to hit back hard inside Russia and cause more damage than the Kremlin would find politically bearable. Only this level of deterrence can enable Ukraine to deter further attacks and end the war.

Equal outcomes is not the measure of international relations. Practical bargaining is far more common, leading to an equitable settlement of claims in the traditional meaning of the word. But bargaining requires deterrence of gross infringements on equity, not impunity for them. This is the reason why the rules of war evolved to include the right of proportionate retaliation. Grotesque inequities do not go unpunished in nature, even when backed by an unequal power balance.

For this reason, the West should examine all equity goals. It should think over which ones it can aim at practically. Equity is the declared yardstick of the Biden administration for all its policies. It has inevitably fallen short on this for Ukraine. But it is not too late to change tack.

With the Russian invasion now approaching the one-year mark, Western leaders must try to understand what true equity for Ukraine would require. They can start by recognizing Ukraine’s full right of retaliation against Russian infrastructure and arm Ukraine accordingly.

Ira Straus is Chair of the Center for War/Peace Studies and a senior advisor of the Scowcroft Center for Strategy at the Atlantic Council.

Image: Emergency workers carry a body found among debris at the site where an apartment block was heavily damaged by a Russian missile strike, amid Russia's attack on Ukraine, in Dnipro, Ukraine January 15, 2023. (Press service of the State Emergency Service of Ukraine/Handout via REUTERS)