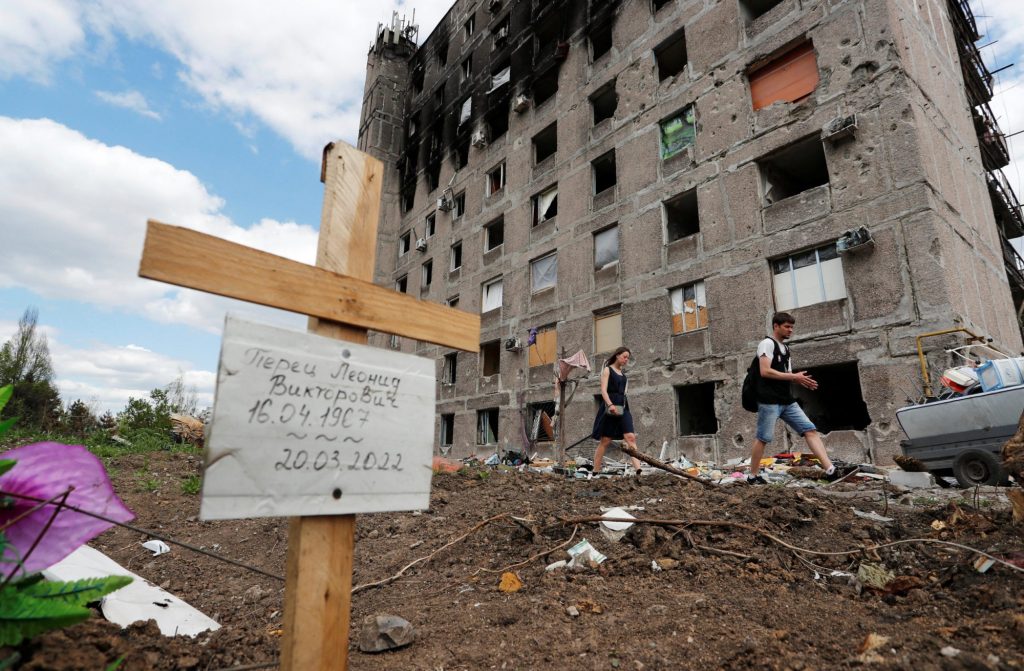 The broken windows theory of criminal justice holds that if comparatively minor instances of social disorder such as broken windows are not addressed, they will pave the way for more serious crimes. The same principle can also be applied to international relations and geopolitics.

In 2014, Russia began “breaking windows” in Crimea. When the world failed respond adequately, Russian aggression expanded into eastern Ukraine and escalated into armed hostilities that left more than 14,000 dead while forcing millions to flee their homes. Again, the international community did not react with sufficient decisiveness. This led directly to the full-scale Russian invasion of Ukraine which began in February 2022.

For the past eight-and-a-half years, Russia has been permitted to slowly but steadily challenge and undermine the global security order established in the decades following World War II. For many in the West, this process has been unspectacular and has involved minor inconveniences such as rising food prices and mounting energy bills. Some even complain of “Ukraine fatigue,” seemingly oblivious to the fact that atrocities are being committed in Europe on a scale not seen since the days of Stalin and Hitler.

This leads us back to the broken window theory. In order to arrest this slide toward a dark future of international lawlessness, it is vital to hold Russians accountable for the crimes they are committing in Ukraine. And yet at present, the issue of war crimes is being addressed in vague terms without any real mechanisms in place to bring specific defendants to court.

While there is general recognition within the international community that Russia is guilty of grave war crimes in Ukraine, we currently lack the tools to prosecute thousands of potential suspects. This could create a dangerous precedent for future conflicts and must change.

I have first-hand experience of Russian crimes in Ukraine. I previously spent two-and-a-half years as a prisoner in the notorious Izolyatsia prison in Russian-occupied Donetsk. I was subjected to torture during my incarceration and was eventually freed in a prisoner exchange. Following my release, I helped locate the commandant of the prison and contributed to his arrest.

I was able to do this thanks to the Justice Initiative Fund (JIF), an initiative I founded that seeks to identify and track down Russian war criminals. The JIF lists those who are officially suspected of war crimes and offers a reward for anyone who can provide information that will lead to their arrest.

This task is just beginning. Huge obstacles must yet be overcome before justice can be served. Today’s Russian war criminals are not like the Nazis after World War II, who were scattered around the world. On the contrary, they overwhelmingly live in Russia itself, and have no intention of leaving. Most are part of a vast Russian underclass with low incomes and even lower expectations that Putin has been careful to cultivate during his two decades in power.

The first step toward justice is to identify war criminals. There is currently no single international organization that is willing or able to identify and search for large numbers of war crimes suspects around the world. The JIF seeks to expand its scope internationally in order to help meet this challenge. There is a logic to these ambitions. Many of the war crimes suspects in locations such as Africa and Syria are also sought in relation to atrocities committed in Ukraine.

The war crimes committed by the Russian military wherever it is deployed can be traced to the sense of impunity felt by the perpetrators. In order to bring this impunity to an end, it is vital to identify individual war criminals. This will require the combined efforts of the international community. Ukraine should be at the heart of such efforts.

Along with identification, the other key goal is bringing war crimes suspects to trial. The experience of recent decades indicates that only a handful of suspects ever actually make it to the courtroom, while thousands of actual perpetrators never face justice. I have personally participated in three war crimes trials relating to atrocities committed at the Izolyatsia prison, and only one of the three featured an actual defendant.

I would like to see the democratic world take the lead in developing new legal procedures for the transfer of war crimes suspects to the jurisdiction of the relevant international and national courts. Everyone is well aware that Russia will never hand over war crimes suspects within the framework of existing extradiction procedures. New mechanisms are required that will place war criminals on an equal footing with terrorism suspects, with all the legal consequences of this status.

Without these initiatives, there is a risk that all the current work being done to collect evidence of Russian war crimes in Ukraine will be futile. Unless we have the resources to identify the perpetrators and the tools to bring them to justice, exposing the atrocities committed in Ukraine will fail to prevent these crimes from being repeated.

Stanislav Aseyev is a Ukrainian author, journalist, and founder of the Justice initiative fund.

As Putin retreats in Ukraine, he is also losing Kazakhstan

Putin’s rapidly unraveling invasion of Ukraine is eroding Russian influence throughout the former Soviet Empire. This process of imperial retreat is nowhere more visible than in Kazakhstan, writes Kamila Auyezova.