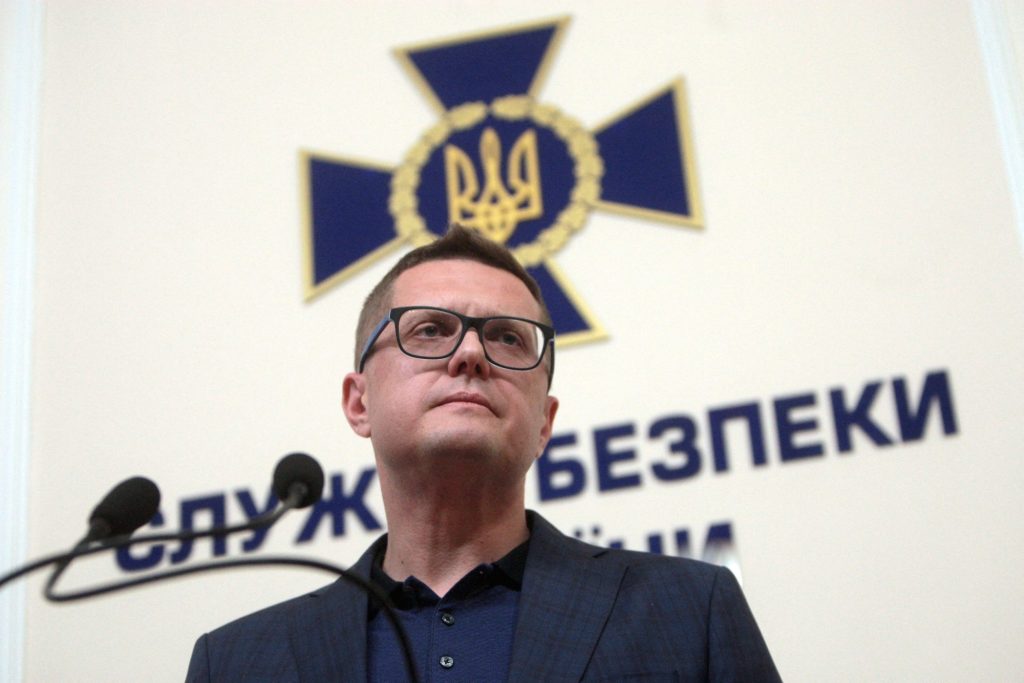 On July 17, Ukrainian President Volodymyr Zelenskyy dismissed Ivan Bakanov, the head of Ukraine’s state security service (SBU), and Iryna Venediktova, the country’s prosecutor general. In his nightly video address, Zelenskyy said the pair were being removed for allowing treasonous activity to fester at the state bodies they led.

Although concerns over pro-Russian sympathizers within Ukrainian state organs are not new, these recent personnel changes highlight the importance for Ukraine’s national security of further institutional reform. While serious questions are now being asked of the state security and prosecution services, institutions which have undergone comprehensive reform since 2014 such as the Ukrainian military and the country’s energy sector have proven highly effective during the past five months of full-scale war with Russia.

The SBU is one of Ukraine’s most bloated state institutions. The service maintains a staff of roughly 30,000 employees, nearly as many as its American equivalent, the Federal Bureau of Investigation (FBI). The sprawling size of the SBU reflects its sweeping mandate. The service combines counterintelligence, investigative, and anti-corruption roles that often overlap with the responsibilities of other state organs.

A combination of size, access to sensitive information, and lack of institutional oversight help to make the SBU ripe for corruption and infiltration by pro-Russian operatives. The threat of Kremlin agents is particularly high as many senior SBU officials began their careers in the Soviet era and are graduates of elite Moscow institutions.

The service’s wide mandate has also made it hard to rein in. Draft laws to reform the SBU have run into roadblocks in the Ukrainian parliament in part because so much needs to be changed that lawmakers cannot agree on how best to do it.

Bakanov’s lack of law enforcement experience made it even more difficult to reform the SBU. A childhood friend of President Zelenskyy’s, he was a TV studio executive before his appointment as SBU head in 2019. While loyal to the president, whispers of pro-Russian sentiments at the SBU ran rampant throughout his tenure. The day before Bakanov’s sacking, authorities arrested the former head of the SBU in Crimea, Oleh Kulinich, on suspicion of treason. Zelenskyy himself said dozens of SBU apparatchiks in Russian-occupied territories of Ukraine are working “against our state.”

Zelenskyy likewise called out pro-Russian forces within the Prosecutor General’s Office (PGO), which has also been dogged by allegations of corruption. In 2020, Venediktova’s deputy Oleksiy Symonenko effectively blocked a corruption case against deputy head of the presidential administration Oleh Tatarov by transferring it to the SBU, which critics say then buried the investigation. Anti-corruption activists have since accused Venediktova of being too close to the Office of the President.

Allegations of corruption and Russian infiltration provide skeptics of Western support for Ukraine with an excuse to push back against the military and humanitarian aid that Kyiv so desperately needs to continue the war effort. In this sense, the Zelenskyy administration’s unwillingness to undertake real reform in the SBU and PGO poses a clear threat to Ukraine’s image in Western capitals.

At the same time, the war with Russia has also shown that reform carries tangible benefits of its own. The Armed Forces of Ukraine were thinly outfitted and poorly trained when Russia first began its military aggression in 2014. During the following eight years, Ukraine reformed its military in line with modern Western standards, introducing a decentralized command structure, civilian defense command, and NATO training methods. Military analysts agree that these reforms have contributed to the exceptional performance of the Ukrainian army over the past five months of the Russian invasion.

State energy grid operator Ukrenergo also underwent significant post-Maidan changes that have paid dividends in the uniquely challenging wartime conditions since February 2022. In the first days of the invasion, Ukrenergo actually completed a key “isolation test” that allowed the Ukrainian electricity system to disconnect from the Russian network and fully integrate with the European grid.

This remarkable success did not happen overnight. Ukrenergo officials and the Organization for Economic Co-operation and Development worked together for years to improve operational and procurement transparency. These added efficiencies allowed Ukrenergo to reorient Ukraine’s electrical grid to European standards and keep the power on after the February 24 invasion.

The war has made clear that reform is a national security imperative. Ukraine today faces two major threats: Kremlin aggression and domestic corruption. Defending Ukrainian territory is obviously Kyiv’s most pressing priority, but combating corruption and treason on the home front are also vital aspects of the overall war effort.

Firing officials and arresting suspected traitors, as Ukraine did last week, treat the symptoms of unreformed state institutions but do not address their root causes. With an 88% approval rating, Zelenskyy has a popular mandate and a legislative majority in parliament necessary to push ahead with major law enforcement reform. He must now do so. In 2021, a draft law that would have cut the SBU’s mandate was introduced but never voted on. It should now be updated and fast-tracked to the Ukrainian parliament.

Reforming the SBU and PGO will reinforce Ukrainian national security and buttress the country’s reputation abroad. Cohesive, efficient government administration and strong support from the West are essential as Ukraine seeks to fight off Russian aggression. Institutional reform advances these objectives and prepares Ukraine for its Euro-Atlantic future.

Andrew D’Anieri is an assistant director at the Atlantic Council’s Eurasia Center. Find him on Twitter @andrew_danieri.

Putin weaponizes Russian passports in his genocidal war against Ukraine

Vladimir Putin’s decision to expand fast-track Russian passport distribution to the whole of Ukraine is a clear signal that his imperial appetite is not limited to the Ukrainian regions currently under Kremlin control.