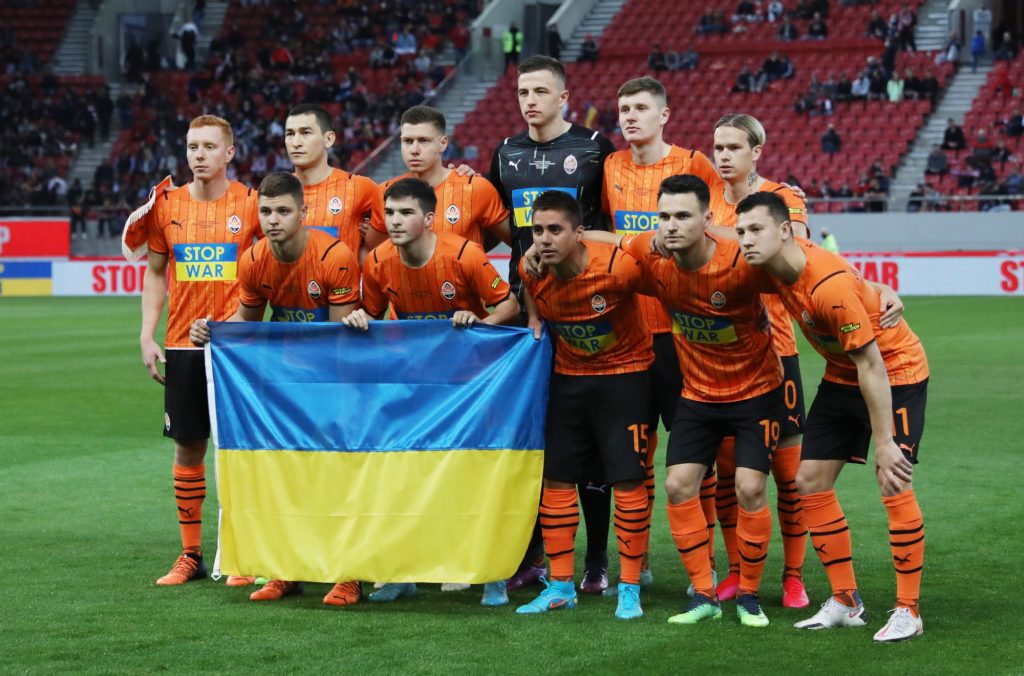 Ukraine’s professional football league has unveiled plans to begin a new season on August 23 despite the ongoing war with Russia. The return of the Ukrainian Premier League, which was announced recently by Ukraine’s Minister of Sport Vadym Gutzeit, reflects the country’s determination to defy the Kremlin.

The Ukrainian Premier League’s 2021-22 season was abruptly abandoned at the midway stage in late February as everyday life ground to a halt amid the shock of Russia’s full-scale invasion. By resuming top flight matches, the authorities hope to send a message of strength while also providing the Ukrainian public with some welcome entertainment.

Needless to say, security will be the top priority once the new season gets underway. Talks continue between the Ukrainian football authorities, government officials, the military, and local law enforcement. According to Gutzeit, matches will take place behind closed doors in stadiums located in western Ukraine and the Kyiv region. Host stadiums must be able to offer ample air raid shelter facilities, with match officials instructed to pause games during any security alerts.

With the Ukrainian economy in crisis and funding issues mounting alongside security challenges, not all Ukrainian Premier League clubs are expected to participate in the coming season. FC Mariupol and Desna Chernihiv have already confirmed that they will not be able to take part.

All European ties featuring Ukrainian clubs will be played outside Ukraine in line with UEFA regulations. Shakhtar will play Champions League home ties in Warsaw. They will use the Polish capital as a base throughout the season, commuting across the border to Lviv for Ukrainian Premier League games. Arch rival Dynamo Kyiv will play Champions League qualifying round ties in Lodz, with Zorya Luhansk in Lublin and Dnipro-1 in Slovakia.

The war has had a significant impact on the number of foreign players plying their trade in the Ukrainian Premier League. Due to a combination of security concerns and uncertainty about future prospects, the overwhelming majority of non-Ukrainian players have received permission from world football’s governing body FIFA to suspend their current contracts and find new clubs elsewhere.

This exodus has been particularly bad news for Shakhtar Donetsk, which has traditionally maintained a cosmopolitan squad featuring a large Brazilian contingent. The club is now seeking up to EUR 50 million in compensation from FIFA over lost transfer fees. Shakhtar coaches are also preparing to begin the season with an overwhelmingly Ukrainian squad for the first time in two decades.

In spite of the challenges ahead, Gutzeit remains convinced that launching a new Ukrainian Premier League season is the right step. “Restoring elite football in Ukraine is very important. Despite everything, Ukrainian sports and the will to win on all fronts cannot be stopped,” he wrote recently. In order to share this positive sentiment with as many Ukrainians as possible, matches will be streamed online and broadcast live on Ukrainian TV.

Ukraine’s national football team has already demonstrated the power of sport to unite the nation during wartime. In June 2022, Ukraine played a series of World Cup qualification ties that captivated Ukrainian fans and captured the imagination of the watching world. Star players such as Oleksandr Zinchenko and Andriy Yarmolenko used the games to act as sporting ambassadors and remind global audiences of the horrors taking place in their home country as a result of Russia’s invasion.

Ukraine’s extended footballing community has also enthusiastically embraced the war effort. Household names such as Andriy Shevchenko have attended rallies and contributed to fundraising efforts, while some players and coaches have placed their sporting careers on hold in order to join the ranks of the country’s defenders.

Ukraine’s current fight for national survival puts the often exaggerated drama of professional sports into context. Nevertheless, the very act of playing top flight football matches on Ukrainian soil will serve as a powerful symbol of Ukraine’s indomitable spirit and the country’s resilience. Through his own words and the criminal actions of his invading army, Putin has made it clear that he intends to destroy Ukrainian statehood and extinguish Ukrainian identity. Defiant Ukrainians are now determined to show the Russian dictator that he cannot even prevent them from playing football.