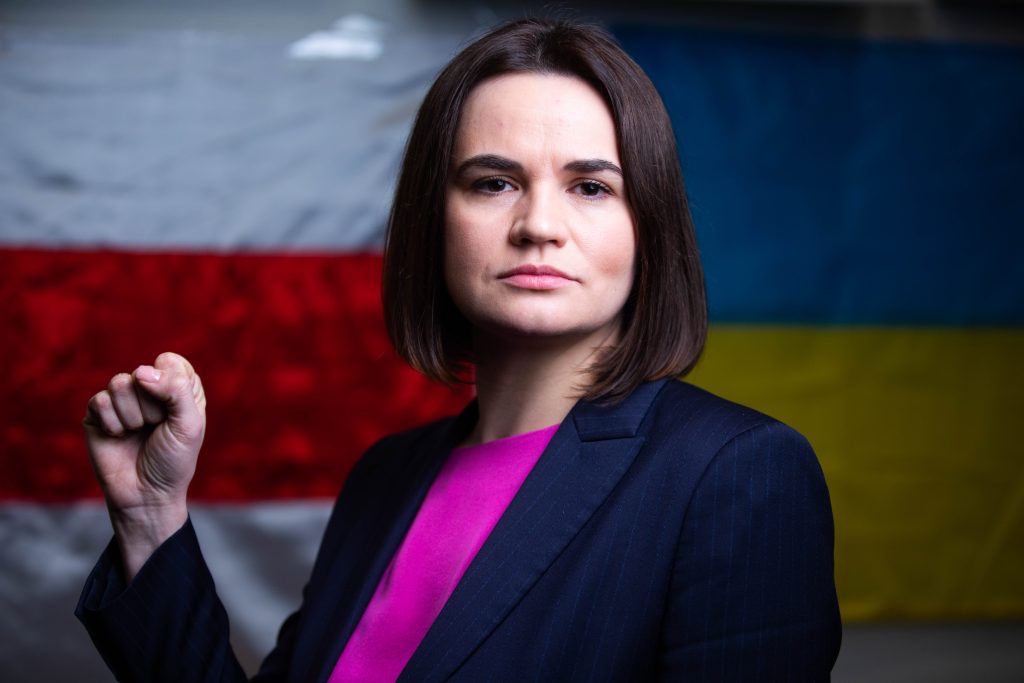 Norway has announced that it will from now on use the name “Belarus” instead of “Hviterussland” (literally “White Russia”) in all official documents. The move is seen as a symbolic snub to Russia and recognition of Belarus’s aspirations to emerge from the Kremlin orbit and embrace democracy. “We believe it is right to change the use of names in solidarity with the Belarusian democratic movement,” commented Norwegian Prime Minister Jonas Gahr Støre.

Norwegian Foreign Ministry officials underlined the symbolic importance of the switch and stressed the need to emphasize the difference between Belarus and Russia.

Norwegian Minister of Foreign Affairs Anniken Huitfeldt first broke the news of the name change in a personal call with the exiled leader of Belarus’s democratic opposition, Sviatlana Tsikhanouskaya (pictured), on the eve of this year’s International Day of Solidarity with Belarus, which is marked annually on May 29. “Although there are both historical and linguistic arguments for writing “Hviterussland,” it is ultimately a political issue,” stated Huitfeldt. “We do this as a sign of solidarity with the Belarusian democratic movement. They will not be a continuation of Russia.”

Belarusian opposition leader Sviatlana Tsikhanouskaya welcomed the Norwegian gesture, which she praised as “more than just symbolic.” Belarusian journalist Hanna Liubakova shared this sentiment, commenting that she saw Norway’s step as a sign of growing international recognition that referring to modern Belarus as “White Russia” was anachronistic and misleading.

Norway’s decision to begin using the name Belarus in official documents is part of a regional trend, with fellow Scandinavian countries Sweden and Denmark also making similar switches from their own outdated versions of “White Russia” in recent years. This reflects broader changes in international perceptions of the country following a 2020 pro-democracy uprising that thrust Belarus into the global headlines following decades spent in the post-Soviet shadows.

For much of the post-Soviet period, Belarus was perhaps best known internationally as the last dictatorship in Europe. It owed this dubious honor to Belarusian President Alyaksandr Lukashenka, who won election in 1994 before proceeding to dismantle the country’s fledgling democracy and reestablish a Soviet-style one-party state.

For over a quarter of a century, Lukashenka was able to successfully suppress all domestic opposition and strengthen his grip on power while maintaining close ties with neighboring Russia. He faced the first serious challenge of his entire reign in August 2020 when heavy-handed attempts to rig the country’s presidential election served as a focal point for simmering public frustrations, leading to the eruption of mass protests across the country on the evening of the vote.

This pro-democracy protest movement gained momentum in subsequent weeks and caught the world’s imagination. It dominated international news coverage for much of late summer and early fall 2020, with many seeing the unprecedented people power uprising as the latest chapter in the slow-motion collapse of the Soviet Empire. The Lukashenka regime looked destined to fall until Russia intervened with a financial lifeline and a promise to send in the Russian security services if necessary.

Lukashenka has remained entirely dependent on Russian support ever since. In return, he has gradually surrendered his country’s sovereignty to the Kremlin, allowing Moscow to expand its political, economic, and military footprints in the country. In February 2022, Lukashenka permitted Putin to use Belarus as a platform for the invasion of Ukraine. Thousands of Russian troops flooded across the Belarusian border into Ukraine as part Putin’s failed attempt to seize Kyiv. The country has also served as a launch pad for the bombardment of Ukrainian towns and cities.

Moscow’s role in propping up the Lukashenka regime has had a negative impact on traditionally friendly Belarusian attitudes toward Russia. It has also encouraged international audiences to rethink earlier impressions of Belarus as being virtually indistinguishable from Russia.

The recent renaming of Belarus by the Norwegian government is very much part of this ongoing process. For hundreds of years, countries like Belarus and Ukraine have been viewed by the outside world almost entirely through a Russian lens and have typically been regarded as regions of Russia itself. Decolonizing the spelling of people, places, and entire countries is a small but significant and long overdue step toward the international rejection of this Russian imperial narrative.

The crusade to derussify official spellings has been a particularly prominent feature of nation-building efforts in independent Ukraine. Indeed, in recent years the #KyivNotKiev social media campaign to secure recognition for the Ukrainian-language transliteration of the country’s capital city has attracted considerable international interest and helped fuel a lively debate over national identity and the legacy of Russian imperialism.

It remains to be seen whether the rejection of “White Russia” could play a similar role in Belarus’s own efforts to emerge from centuries of Russian domination and assert a more independent identity on the international stage. However, the fact that countries like Norway recognize the symbolic importance of ditching “White Russia” is a welcome indication that attitudes toward Belarus are already changing.