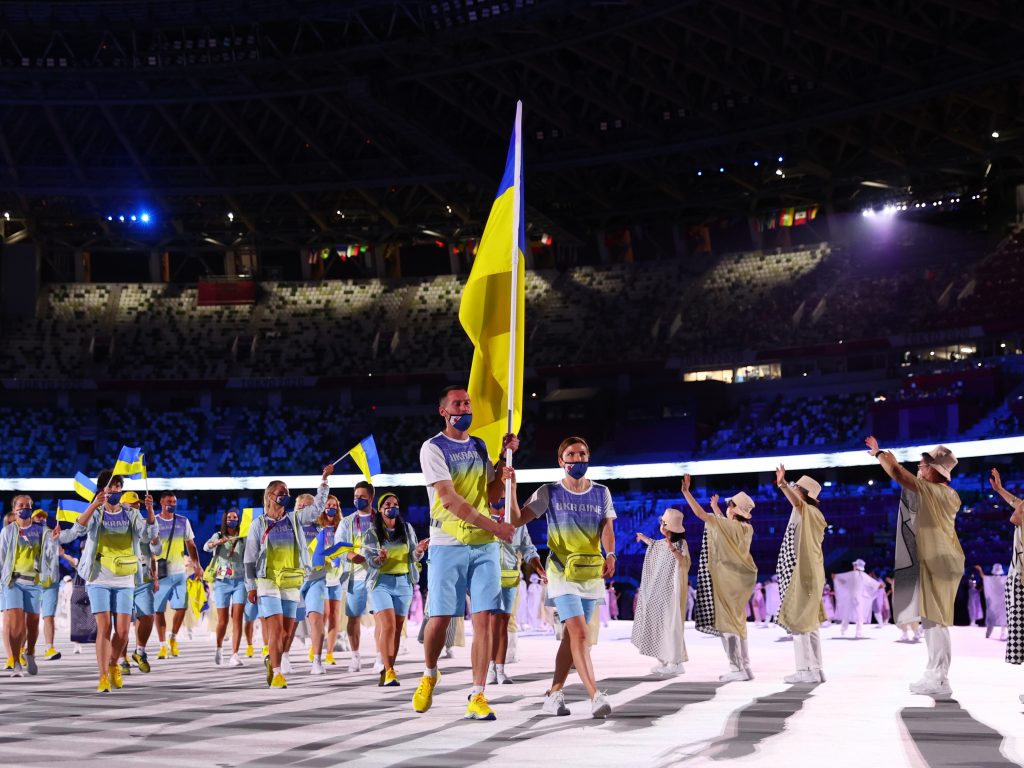 Putin’s saber rattling and ahistorical claims don’t seem new. He has often made these assertions. The Russian president has called the collapse of the Soviet Union a “genuine tragedy,” and he has worked hard to preserve Russia’s sphere of influence.

Some new claims in his essay, however, should be a cause for concern. While discussing the conflict in eastern Ukraine, Putin argues that Kyiv “does not need the Donbas.” He states that the “inhabitants of these regions will never accept [Western] order,” and that Ukrainian sovereignty can only be achieved by partnering with Russia.

So is Putin preparing for a new incursion into Ukraine?

Perhaps. This scenario is not as far-fetched as it may seem. In April, Russia amassed over 100,000 troops on Ukraine’s eastern border. Russian forces blockaded parts of the Black Sea, and it restricted airspace near the Russian occupied Donbas and Crimea. This snap buildup demonstrated that Moscow could mobilize its forces on short notice, and the West could do little but issue stern denouncements.

Now, Putin has another chance to strike. A new incursion may occur during the Tokyo Olympics. Over the next two weeks, millions of viewers around the world will tune in. He may use this as his window of opportunity while the world is distracted.

This would not be the first time Putin has relied on sporting events to meddle abroad. For more than a decade, Russia’s overseas adventures have coincided with various sporting events.

First it was the 2008 Beijing Olympics. On August 8, amidst the opening ceremony and all the attending hoopla, there was a devastating affair. South Ossetian separatists surrounded the Georgian city of Tskhinvali. Russian units had also advanced on the city. Heavy fighting commenced, and the international community was caught by surprise. Western leaders were slow to respond, and by the time they offered their assistance, Russia had occupied Abkhazia and South Ossetia. These regions remain occupied.

Two years later, Russia did it again. During the summer of 2010, millions of soccer fans tuned into the FIFA World Cup. 32 teams from around the world gathered for the most prestigious international award, and millions of fans anxiously watched as their national teams competed.

Meanwhile, Belarusian President Alyaksandr Lukashenka had engaged in a spat with Putin over the flow of natural gas from Russia to Belarus. Russia cut its natural gas to Belarus after Minsk did not pay. This became a serious matter for the European continent as Russia exported “approximately 20 percent of its gas to Europe through Belarus.” Günther Oettinger, the European Union’s Energy Commissioner at the time, stated that the dispute between Belarus and Russia was an “attack” on the European Union. While the matter was eventually resolved, it underscored Europe’s dependency on Russian gas.

By 2012, Russia’s aggressive moves during sporting events had become entirely predictable. While the West anxiously awaited the Olympic games in London, Russia ramped up its involvement in the Syrian conflict. During the summer months, Russia sold weapons to Syrian President Bashar al-Assad which helped bolster Assad’s position over Syrian rebel forces. Then, when the Olympic games had begun, the conflict in Syria escalated. Over 100 civilians were killed on the opening day of the London Olympics, and a series of lengthy battles emerged between Assad’s government and the Syrian rebels. This escalation also forced the United Nations to pull its monitors from Aleppo out of concerns for their safety.

Russia’s most grievous offense occurred during the 2014 Sochi Olympics. Prior to the games, Ukrainian President Viktor Yanukovych had reneged his decision to sign an association agreement with the European Union and eventually fled as the country embraced Western integration.

Russia had other plans. During the winter Olympics, Russia had amassed a large security force in Sochi to protect the athletes and dignitaries at the games. While the world was distracted by the games, a large unidentified military force invaded Crimea. Although these soldiers wore no military insignia, they were quickly identified as Russian. Within a matter of weeks, Russia had illegally annexed Crimea from Ukraine, falsely claiming that it had come to aid ethnic Russians and Russian speakers. Then, in April 2014, armed militants in Donetsk and Luhansk stormed their respective government buildings, and the Verkhovna Rada declared an anti-terrorist operation in these regions. These events led to the Donbas conflict. To this day, more than 14,000 people have died and nearly 1.3 million are displaced.

As Russia expanded its efforts in Ukraine, Putin also became fully invested in Assad’s cause. During the summer of 2016, Russian forces and advisors were deployed to assist with Assad’s Aleppo campaign. Russian troops were seen fighting alongside Assad’s forces. The Russian Federation also started reporting casualties during these battles. As the fighting intensified, the world was occupied by the 2016 Rio Olympics. This allowed the Russians to dictate the state of play on the Syrian battlefield. Assad’s forces had gained a series of advances against rebel forces, and Russia became a “decisive force” during the conflict.

Russia’s meddling was not limited to just Europe and Asia. During the 2018 FIFA World Cup, millions of soccer supporters watched as the Russian Federation hosted the competition while Russian political leaders actively worked with Libyan rebels. Russia provided economic and military assistance to rebel commander Khalifa Haftar, and the World Cup happened to coincide with the Battle of Derna. Over 30 Libyans were killed during this battle.

Given this long pattern of Russian meddling during major sporting events, Putin’s next incursion into Ukraine could coincide with the Tokyo Olympics. First, Putin’s essay on Russia and Ukraine is rather timely. We know that Putin will go to great lengths to ensure that Russia and Ukraine are unified, or to destroy Ukraine as a cohesive state. Second, the weather in eastern Ukraine favors a new Russian offensive. According to military experts, the spring in eastern Ukraine is known as mud season. This would have made it difficult for the Kremlin to move its heavy machinery into the Donbas, but with a dry summer, it is possible that Russia’s troop movement near Ukraine’s eastern border in April 2021 was a precursor to what may come. Or it could deploy more forces in the Black Sea or take the Zmiiyni Island, as analysts at the Kyiv-based Center for Defense Strategies have warned. Finally, the West has been preoccupied with the fight over the Nord Stream 2 pipeline. As several European states continue to lobby against the pipeline’s completion, the United States and Germany recently announced a joint statement on Nord Stream 2. Distractions favor Putin.

The West would be wise to observe Russia’s behavior during the Tokyo Olympics. A new Russian offensive would put the West on high alert, and Western officials must be ready for this potential scenario. Otherwise, this incursion could be catastrophic for Europe and deadly for Ukraine.

The need for a renewed NATO

As the principal military pillar of the transatlantic partnership, NATO is essential to meeting the security challenges America and her allies face. However, if it is to be effective, it must evolve. It has done so in the past, and it can do so now, argues Rep. French Hill.

Image: Flag bearers Olena Kostevych of Ukraine and Bogdan Nikishin of Ukraine lead their contingent during the athletes' parade at the opening ceremony of the Tokyo 2020 Olympics (REUTERS/Kai Pfaffenbach)