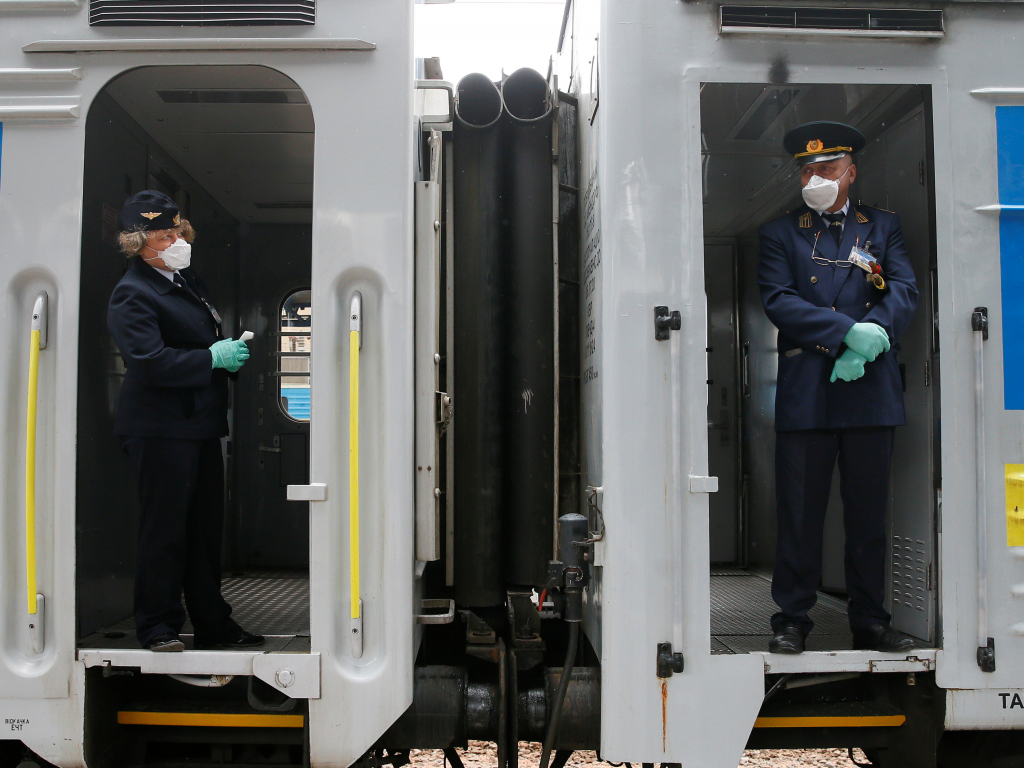 Ukraine is a rising star globally in using technology to drive transparency, so this is a major setback. Government procurement processes for construction projects can now take place outside of Ukraine’s online Prozorro platform, a post-2014 reform that has dramatically increased transparency in bidding for government contracts and saved the country billions.

Ostensibly, the exemption was adopted to quicken the pace of a massive infrastructure project that has been slow to take off. But the move also rightly set off alarm bells among Ukrainian reformers and their Western partners who saw the exemption as an obvious loophole for corruption on lucrative, now-opaque government contracts. Indeed, foregoing one of Ukraine’s most successful reform processes to build a multi-billion-dollar road with virtually no oversight is a significant blow in the country’s fight against vested interests and corruption.

To be sure, the Zelenskyy administration has some explaining to do.

And yet the move has brought about hard but necessary conversations on how to improve public procurement in Ukraine. Some elements of the public procurement process that were meant to increase oversight need to be updated to better serve their stated purposes. These essential updates will come from a clear-eyed understanding that Ukrainian government officials, civil society, and its Western partners can work together to improve previous initiatives. Well-intentioned reforms often need to be tweaked, and that’s ok.

Prozorro’s original mandate was to make the bidding process for government contracts more transparent. The thinking was sound: All bids would be submitted in an online public repository, which would increase competition between bidders, minimize opportunities for corruption, and better hold the government accountable for the taxpayer money it was spending.

While the platform has successfully made public procurement more transparent, some Ukrainians joke that now “we know exactly who is stealing what at any given time.” Vasyl Zadvornyy, the director general of Prozorro, admits as much: “Prozorro’s mission is to open the market and to create a fair and transparent playing field, Prozorro can’t become a court, the police, or prosecution.” Ukraine’s sprawling alphabet soup of variously competent law enforcement and anti-corruption agencies prosecute corruption that occurs on the margins of Prozorro auctions.

Platforms like Prozorro have put Ukraine on the cutting edge of technocratic reform solutions, so it’s a sign of maturity for the government to acknowledge that the problems facing the platform have changed. Rather than leave enforcement to Ukraine’s bulging anti-corruption bureaucracy, increasing training for Prozorro and government staff to better recognize the signs of shady bids may increase efficiency.

Still, many experts worry that Zelenskyy will simply use his party’s parliamentary majority to pass more laws that will dilute public procurement reform in a waterfall of exemptions. To guard against this, parliament should codify the appropriate conditions for bypassing Prozorro. The delivery of COVID-19 vaccines, for example, was stalled due to internal squabbles between the Ministry of Health and the Medical Procurement Agency over how to proceed with procurement negotiations. A law allowing the government to bypass normal procurement processes in extenuating circumstances such as a pandemic or natural disaster with a two-thirds vote in parliament could allow the government to act more quickly and save lives.

Less sweeping revisions to past reform initiatives can also help tackle new challenges. Bid rigging, particularly in the energy sector, has emerged as another threat to anti-graft initiatives. Ukraine’s public procurement laws mandate that government officials select bids almost solely based on price, which has helped fight corruption on the government side of procurement processes. But this seemingly sensible requirement allows nefarious bidders to collude by submitting artificially high bids. This can raise procurement costs by more than 20 percent and impedes competition, sometimes forcing the government to pay for services of inadequate quality.

These reforms were initially embraced by reform-minded Ukrainian officials and their Western partners. Paradoxically, it may now be appropriate to roll back some of the well-meaning elements of public procurement reform to secure the system from bid rigging and new forms of corruption.

In its analysis of national power company Ukrenergo, the Organization for Economic Co-operation and Development recommended that the company “moderate” its transparency processes so as not to reveal too much information that might allow bidders to collude. It also suggested that the Ukrainian government amend its public procurement law to clearly outline and use more non-price award criteria when considering bids. This would make it more difficult for bidders to collude purely on price, while ensuring that the criteria for successful bids remain publicly available.

It is a credit to Ukraine and its allies that post-2014 public procurement reforms have worked reasonably well. Changing specific elements of reform policies, when appropriate, should not be seen as defeats. Rather, Ukrainian government officials, development professionals, and think tankers should see the changing conditions as an opportunity to refocus­­­­­—and keep at it.

The Ukrainian government is committed to reducing its estimated 55% stake in the country's banking system by overseeing the privatization of state-owned banks, but progress remains painfully slow.

Naftogaz corporate governance is a national priority for Ukraine

Ukrainian officials and representatives of the business community signed a memorandum of understanding on June 8 for the NEXT-UA initiative, which aims to help buttress Ukraine’s market infrastructure.

Image: Conductors are seen during departure at the central railway station after train services were resumed as part of another stage to ease the coronavirus restrictions in Kyiv, Ukraine June 1, 2020. (REUTERS/Gleb Garanich)