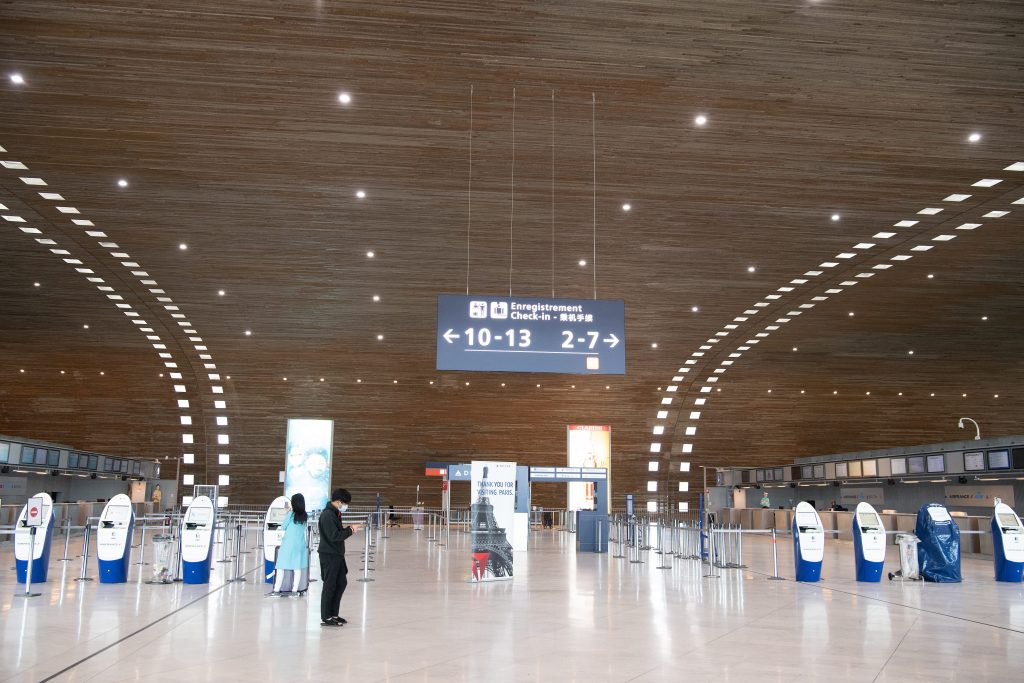 The coronavirus pandemic has put US global leadership at stake. Countries are waiting to see how quickly the United States moves past the crisis, whether it takes on the mantle of global leadership in response to the pandemic, and if authoritarian powers, particularly China, more effectively weather the storm.

The global order could, therefore, be fundamentally reshaped by the virus, especially if the world’s major economic powers—the United States, the European Union (EU), and China—suffer an extended economic depression and limit engagement beyond their borders.

The United States also risks a severe decline in soft power if it is seen to be struggling to manage the virus or failing to provide help to partners abroad.

This article is part of a longer paper—What world post-COVID-19? Three scenarios. Download the full paper using the button below.

The US record is not encouraging so far at the high political level.

At the institutional level, however, the Federal Reserve has been “unshackled,” working with its international counterparts to temper the dollar flight in the developing world and ensure there are enough dollars for foreign businesses.1Gillian Tett, “The Federal Reserve Unshackled,” Financial Times, March 31, 2020, https://www.ft.com/content/01d5f557-4f83-4e58-9ec9-1b7fb1e6d5af.

If there were an international meltdown, such as happened in the 1930s, the US recovery would be that much harder.

The test of leadership will really come once the United States has started its recovery and others in the developing world are still struggling. Will Washington turn back to “America First” or position itself to help those in the developing world who will be hard hit, too? Very little of the $2.2 trillion stimulus package, for example, is dedicated to the international recovery. As of mid-May, United States, along with some other countries such as Switzerland and the United Kingdom, were pushing against the World Health Organization’s proposal for “open licensing of patents and know-how for drugs and vaccines”2Sarah Boseley, “US and UK ‘Lead Push Against Global Patent Pool for Covid-19 Drugs,’” Guardian,  May 17, 2020, https://www.theguardian.com/world/2020/may/17/us-and-uk-lead-push-against-global-patent-pool-for-covid-19-drugs. to the dismay of many African leaders who remember having to fight for low-cost HIV/AIDS drugs to be provided to suffering Africans. On the other hand, the EU has taken a position in favor of open licensing while Chinese President Xi Jinping has said that any vaccine “will be treated as a public good.”3David Pilling, Demetri Sevastopulo, and Michael Peel, “US Backs Away from WHO Move on Access to Covid-19 Treatments,” Financial Times, May 18, 2020, https://www.ft.com/content/1a25aeb9-f645-434f-b3e1-4ab62cf5ebed. On May 29, US President Donald J. Trump announced that the United States will sever all ties with the World Health Organization (WHO).

See where US leadership is most vulnerable

A step change in Sino-American relations

Bipartisan agreement that China is to blame for the COVID-19 pandemic, coupled with frustration that China is pulling out of the crisis before the US, could strengthen China’s authoritarian tendencies while pushing the US toward isolationism.

Middle East in turmoil even before pandemic hit

Weak public health systems, an over-reliance on hydrocarbons for economic growth, and a collapse in tourism point to particular disaster across the Middle East. Recovery will be long and slow absent intervention from non-regional powers.

Africa left to deal alone with the pandemic?

The lack of robust public health systems and manufacturing basis plus rapid urbanization point to particular difficulties in weathering the COVID-19 pandemic in Sub-Saharan Africa. The continent’s recovery will be shaped by US, Chinese and European engagement.

Scenarios for a post-COVID world

The second of our preliminary post-COVID scenarios features an ascendant China, as it deploys its “Belts and Roads” assistance to own large portions of infrastructure in Asia, Africa and Latin America. A new cold war looms as the U.S. and Europe draw closer to counter a growing China-Russia alliance.

The most hopeful of our three preliminary post-COVID scenarios sees the world drawing together in increased cooperation. A new commitment to better governance leads to the creation of international bodies to counter global threats such as disease, conflict, and climate. Improved international cooperation leads to a V-shaped recovery as major economies resume growth.